Though the Yorkshire terrier often comes across as a cute little dog, it can surely create huge chaos, if not trained properly. This article on Yorkie behavior problems will help owners understand their dog's temperament. 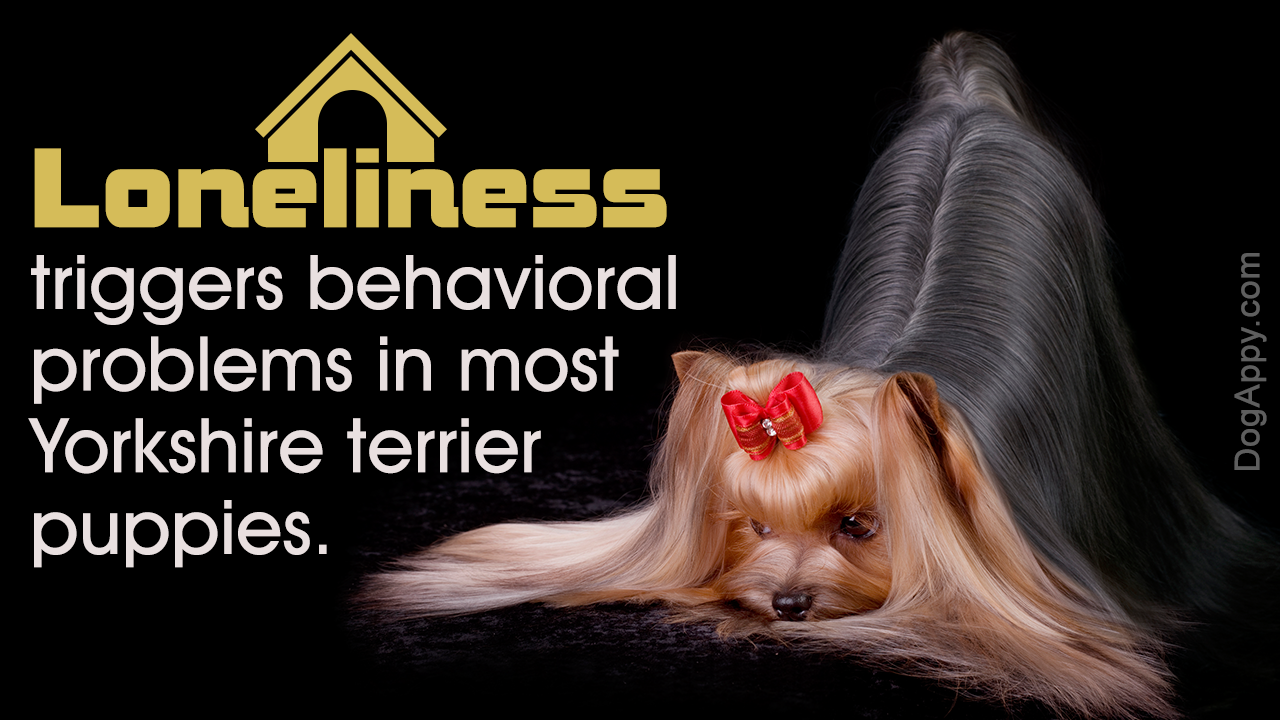 Though the Yorkshire terrier often comes across as a cute little dog, it can surely create huge chaos, if not trained properly. This article on Yorkie behavior problems will help owners understand their dog’s temperament.

Even though the Yorkshire terrier is one of the cutest dogs alive on this planet, many people do complain about the aggressive nature of this dog, which makes this dog a threat for people and animals around it. In normal cases, the Yorkie is a very fun loving dog, which has a very unique personality. This dog is very lively and inquisitive, physically and mentally very quick and spends most of the time exploring new things. The first three months of the terrier’s life is a very delicate time as the major part of the personality is shaped up during this period. Many owners won’t believe this, but they also play a very important role in shaping up the dog’s personality during these three months. Yorkie owners can also give a look at some of the most common health problems of a Yorkie.

There are many reasons behind a Yorkie behaving aggressively towards everyone. It might be an issue of who is in control – the dog or the owner. It can also be a recollection of events, which were not pleasant when the dog was a young pup. Behavior problems can occur in dogs even when they are just 6 to 7 weeks. This young age is very crucial and during this time, the Yorkie should be interacting with other animals and people on a daily basis. This move helps Yorkies to be comfortable in different surroundings and keeps them from biting everyone. Another reason that triggers aggressive behavior in Yorkies is when the puppy is taken away from the litter at a young age. Harsh behavior should never be used on young Yorkshire terriers. Screaming, hitting or various other harsh punishments can certainly make the Yorkie very aggressive later on.

The Yorkshire terrier is known for being independent. Like every other dog breed in the world, the terrier also needs to know who the leader of the house is. When a dog is without a leader, the Yorkie gets stressed out and everyday becomes a struggle to find out someone who leads. This situation can only be handled effectively by the owner; the owners must lovingly show that they are the leaders by feeding them food with their own hands, taking them for a walk and teaching the dog to obey their commands. These are some of the ways by which the owner can remain in total control of the dog’s behavior.

When a Yorkie suffers from behavioral problems it doesn’t mean that it is always about the aggressive factor, some Yorkshire terriers also suffer from shyness. To find out whether the Yorkie is suffering from shyness, it is important to check the dog’s ears. If the dog is shy, the ears will lie back against the head. Other signs of shyness include excessive panting in the dog when surrounded by new people, and dilation of pupils. To make the dog leave its trait of shyness, it is important to teach the dog that there is nothing to be shy about. Never pay attention to the shyness of the dog and never console the dog. Shower praise and attention when the dog does something new and bold. Make sure the Yorkie gets accustomed to new people and surroundings by taking the dog to new places and socializing it with people and animals. This socialization will surely help the dog to overcome shyness.

Yorkies are known to be diggers. While most dogs won’t show this trait, some of them might. This habit of digging has been installed in the dog since many generations as the Yorkshire terriers were first used as hunting dogs. However, during the Victorian era, this dog breed had become a favorite among the rich and famous but the digging instinct has remained in them since then. The Yorkie loves digging in sand, gravel or dirt. To stop digging behavior, distraction is the major key. Distract the Yorkshire terrier when the dog is about to dig or is in the middle of digging. Surround the terrier with lots of dog toys, which will keep it busy for hours. Reward the dog when it obeys the given command, unnecessary yelling will create more problems rather than being solved.

Hope all the readers are now familiar with the various Yorkie behavior problems. If the dog shows aggressive behavior when reaching the age of sexual maturity, it is advised that the owner takes the dog to a qualified veterinarian.