What do dogs love to lick? Well, some call it affection, some call it purely biological phenomena, some call it inherent nature and many have their own answers. The truth however is a mixture of all these reasons.

What do dogs love to lick? Well, some call it affection, some call it purely biological phenomena, some call it inherent nature and many have their own answers. The truth however is a mixture of all these reasons. 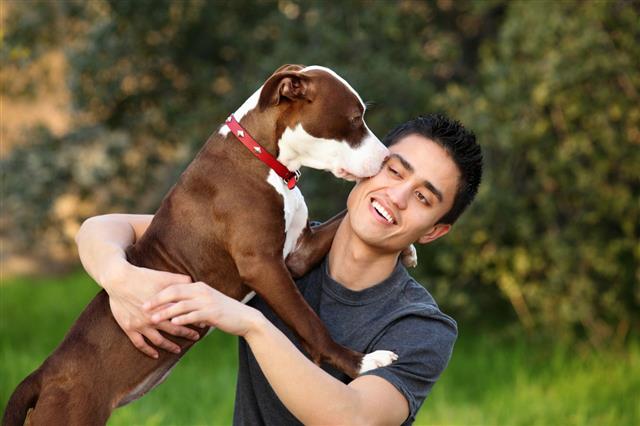 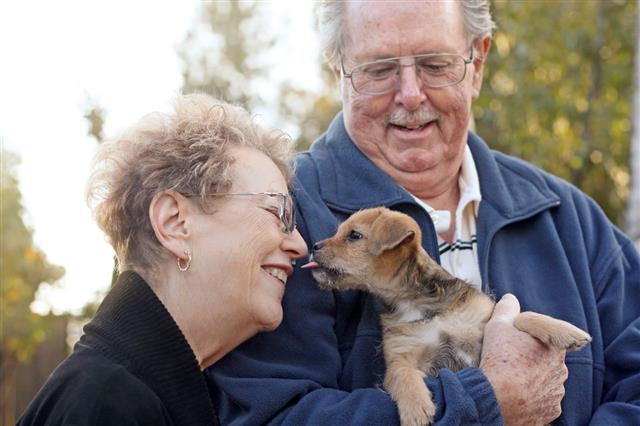 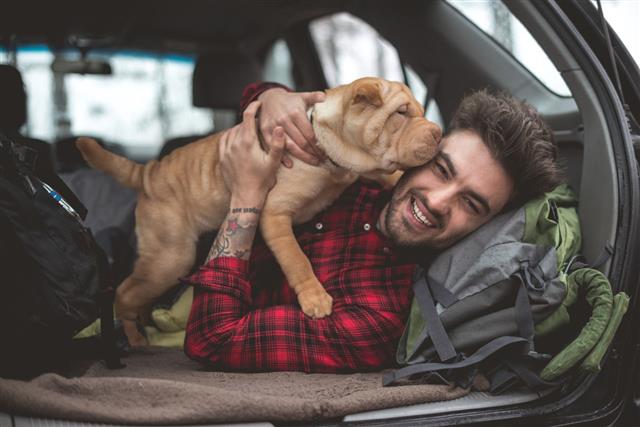 The behavior of dog licking is open to several interpretations and it is equally true that all pet owners have some unique explanations for such a behavior of their lovely pups. Predominantly, all of us tend to believe that dog licking is an emotive expression of the love and bonding these canine creatures have for their masters. While there is certainly some element of truth in this presumption, it is not the lone cause that compels dogs to behave in such a way.

The Psychology Behind Dogs Licking People

It is an Expression of Love

A school of thought comprising experienced pet owners and dog lovers describes dog licking as a way to communicate and express their affection and love for their near ones and masters. Since dogs can’t speak, they express themselves more creatively by licking. Many times when you are with strangers, your dog may lick your palms or back of the hand as a step to show your bonding with the master.

Many people however tend to disagree from this viewpoint. According to the dissenting lot, dogs lick people, especially their masters to show ownership and loyalty.

But the question is how do ownership and dog licking connect? Well, it is said that amidst strangers, a pet dog may lick the master on hands, palms and sometimes even to the face. From this behavior, behavioral scientists like to believe that dogs like to show to the stranger that they are closer to the owner and they love caring for the master more than the stranger! In other words, the pet animal tries to communicate to his master that for it, the master is the closest person. Great, isn’t it? They’re really caring. Just like humans express their emotions by various means, dogs may have also devised this way of unique self-expression.

It is Inherent in their Behavior

The puppies and baby dogs are licked by their mothers in the initial years of their birth in an attempt to groom them. It is also believed that such acts of love licking have significant impact in establishing a mother-baby bonding. In the initial years of the dog’s life, especially during the first few months of birth, licking puppies is an important part of proper growth of the puppy.

The puppies also lick the dog’s mouth in the first few months, to let the mothers regurgitate the food. So, do dogs pick up this habit from their mothers? Well, while there are no scientific researches available to prove that. It is no wonder that many pet owners have reported that their dogs lick them when they have to convey something important like they’re hungry or they want to urinate. It is possible that dogs try to convey something to their masters when they lick them.

A Unique Way to Identify People

The moment you approach a dog, it is quite customary for it to smell you. Often, that can advance to licking the feet or the hands, palms and face, as it becomes familiar to you. We can say that this the way dogs try to figure out about a person. The scent receptors inside the nose and mouth of dogs helps them to figure out unique information code about a person. By realizing the smell of a person, they can relate to them and remember them better. This behavior can be followed by licking.

So, it can be said that licking is an instinctive nature of dogs to get an idea of the person around them. Some people are of a completely unique opinion with respect to dog licking. According to them, dogs relish the taste of human sweat and bare arms! We can’t scientifically prove this but it can be counted as one of the several reasons for dog’s licking behavior.

It is true that you can’t completely stop dogs from licking. You shouldn’t even attempt do that because it is an innate nature that has evolved in their behavior. But then you can’t let them lick excessively whenever they wish. So, you can adopt certain measures that prevents the dogs from licking excessively.

~ When the dog starts licking, you can stand around, stand still and avoid giving attention to the dog.

~ Slowly and steadily, with proper dog training, you can limit your dog’s licking habits. If you have a puppy, it is good to train it from the very beginning so that licking excessively doesn’t become a habit for the dog.

As we can see, there is no single answer to the aforementioned question and based on your own experiences, you too may have your interpretation of this question. Lastly, don’t stress the dog for changing its habit of excessive licking. Slowly and steadily, with time, your dog can learn what you want to convey to him! What do you think regarding your dog’s licking behavior? Is it a communication tool or a subtle way to get your attention? 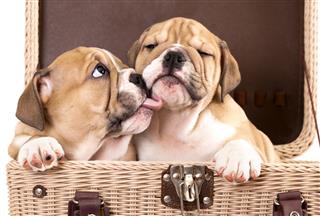 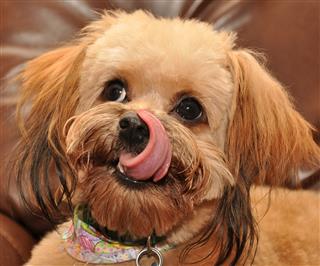 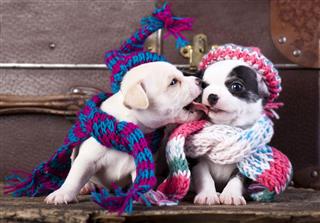 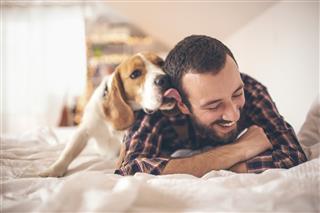