Forever and Ever More: The Lifespan of Red-eared Sliders

The lifespan is one attribute of Red-eared slider turtles that you can't afford to ignore if you intend to keep them as pets. 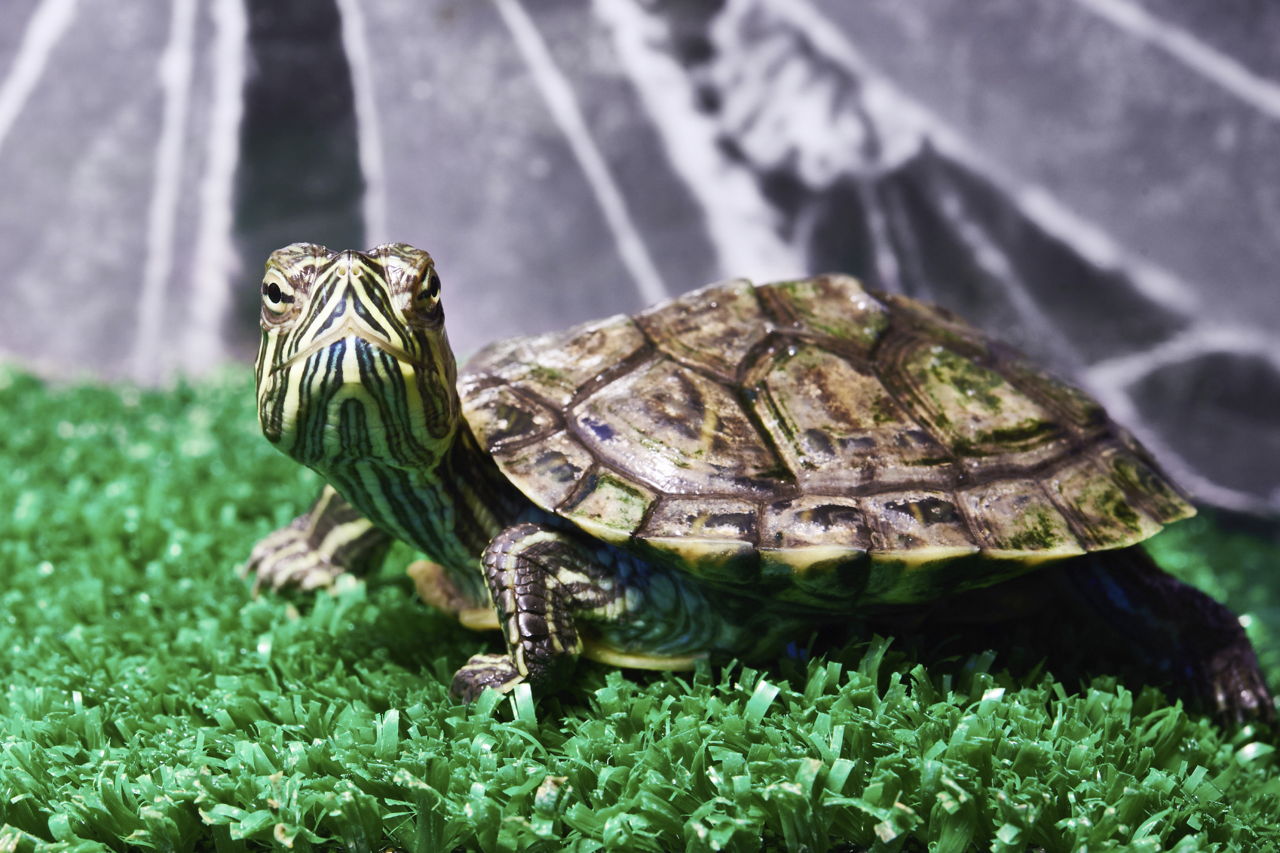 The lifespan is one attribute of Red-eared slider turtles that you can’t afford to ignore if you intend to keep them as pets. 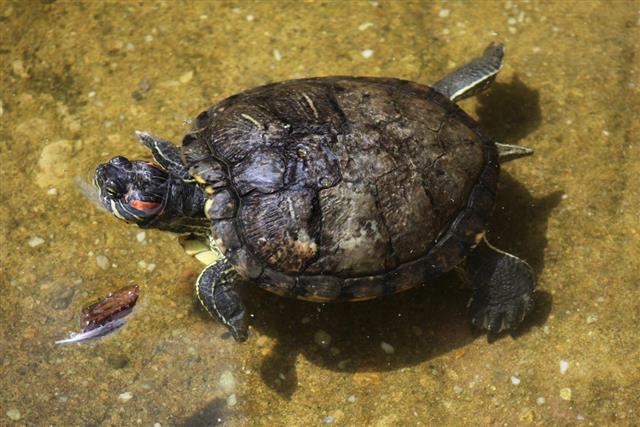 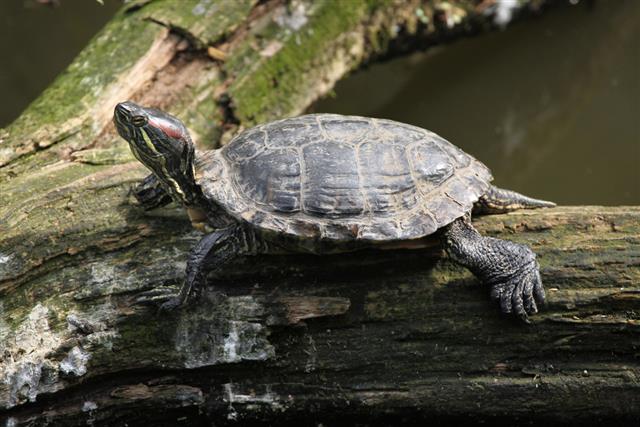 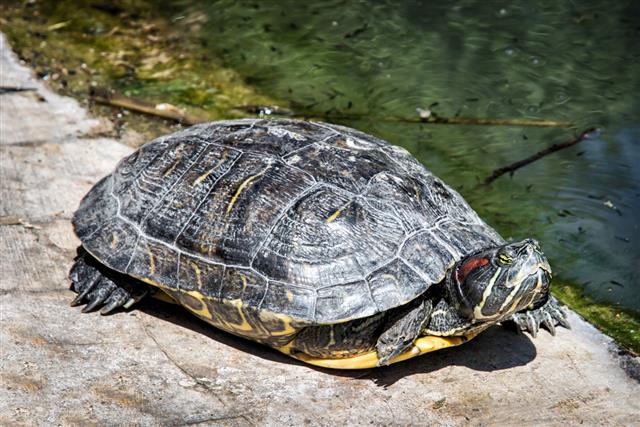 The Red-eared slider is a species of turtle found in the United States, Canada, and the United Kingdom. Though it is found in various other parts as well, these three countries constitute a major chunk of the total population. Their popularity as pets can be attributed to their long lifespan, with some individuals living for around 70 years.

The Red-eared slider (Trachemys scripta elegans) derives its name from the red mark behind its eyes, which looks like its red ears, and its ability to slide into the water at the slightest sign of threat. It is also known by various other names, including the Red-eared terrapin and Troost’s turtle. This species is green in color and sports irregular yellow stripes on its entire body, including the carapace. Male turtles can attain a length of 8 – 10 inches, while their female counterparts grow up to a length of 10 – 12 inches. In its natural habitat, this turtle feeds on fish, carrion, tadpoles, as well as aquatic plants. In captivity though, you can feed it crickets, wax worms, and other aquatic insects.

Though a female Red-eared slider lays around 20 eggs at a time, large-scale predation by various birds and animals keeps a check on their population in their natural habitat. These eggs hatch after 60 – 80 days, somewhere in late summer or early fall. As the young ones make it to the real world, they have their first face-off with predators. More importantly, their weak immune system makes them susceptible to various diseases, as a result of which a large part of the population dies within a year or two of birth. If they do make it to the third year, their lifespan gets a major boost. Being shy creatures, they slide into the water the moment they are threatened. This is an effective defense mechanism against predators, which contributes to their lifespan.

In captivity, the average life expectancy of this species depends on several factors, ranging from proper diet to basic health care. Though the species is known to live for around 20 years in captivity, some individuals do complain that their pet slider only lived for a few months after they bought it. In most of these cases, their premature death is caused because of owner’s negligence. For instance, these turtles have a propensity of feasting on meat and other similar food rich in protein, however, including too much of protein in their daily diet can cause rapid growth and a pyramided shell, eventually resulting in damage to their liver and kidney, as a result of which they die. You need to be well-versed with the basics of Red-eared slider care even before you bring one home.

Red-eared sliders are known to adapt to a new environment with immense ease and at times, they can also survive in regions where they are not found naturally. Owing to this, the species is considered one of the most invasive species in the world today. 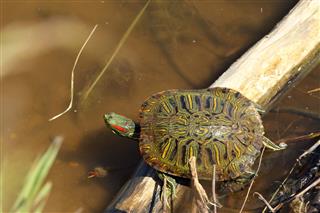 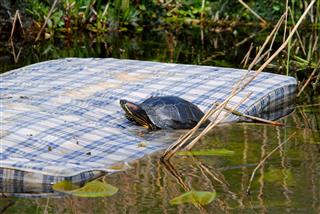 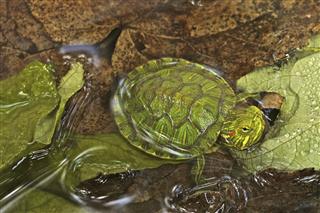 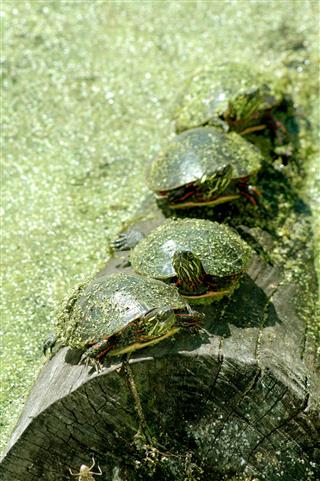 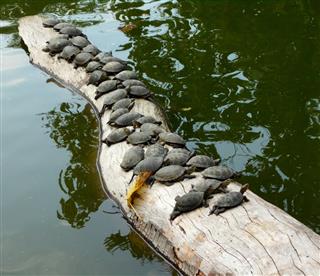