Terrier dogs that are between 8" to 16" tall are classified as small breeds. This article provides more information about these dogs. 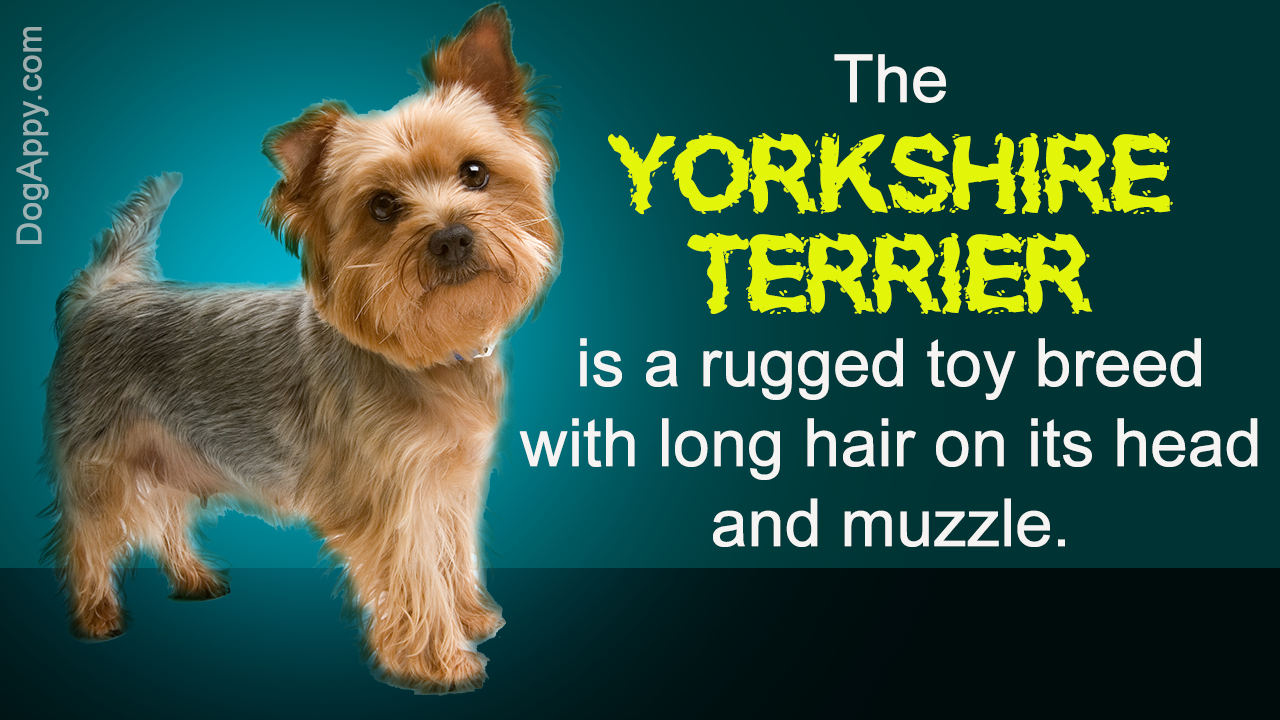 Terrier dogs that are between 8" to 16" tall are classified as small breeds. This article provides more information about these dogs.

Terriers come in all sizes, viz., small, medium, large, tall, as well as short. They are known for their hunting skills. They are also used as show dogs and as companions. Given below are some pictures, sizes, and descriptions of small terrier breeds.

Some small breeds of terriers are listed below.

Toy Fox Terrier: This dog is also called amer toy. It is an athletic-looking toy breed. It is elegant, has a dome-shaped head, a narrow muzzle, and dark, round eyes. It has a diminutive stature with a muscular body. You can identify this dog by its erect V-shaped ears and upward-pointing tail. It is white with a black and/or tan-spotted coat which is short, smooth, and shiny. This dog weighs around three and a half to seven pounds.

Yorkshire Terrier: This terrier has the nickname yorkie. It is a well-proportioned and rugged toy dog breed with a small head and medium-sized eyes, and small V-shaped, pointed ears. Its coat is long, straight, and shiny, and may touch the floor. The hair on its head and muzzle is usually long. Owners often tie a bow or clips around the dogs’ necks. Although puppies are normally darker in color, they develop a golden tan on their head, chest, and legs, the rest of the body being steel-blue, as they grow up. It weighs around five to seven pounds.

Norfolk Terrier: This dog is given the nickname, the demon, quite contrary to its nature. Unlike most terriers, this dog is obedient and easily-trainable. It has a broad and slightly-rounded skull, expressive eyes, and V-shaped, pendulous ears that fold and drop on its cheeks. Being among the smaller breeds weighing around 11 to 15 pounds, it has sturdy legs and a short body. Its coat is wire-haired and hard. It is longer on the neck, shoulders, mustache, beard, and eyebrows, and shorter on the head and ears. The coat comes in a variety of colors like red, yellow or wheatish, black and brown, or gray.

Though the Norfolk is a very lively, friendly, energetic, happy, and fearless breed, it can be reserved with outsiders or strangers. Since children tend to get very comfortable with small terriers, they make good family dogs.

Silky Terrier: The Australian Silky Terrier was known as the Sydney silky. This breed is a fairly-sturdy toy dog. It has a long, low body, with a tail that can be docked, wedge-shaped head, small, expressive eyes, and pricked, V-shaped ears. It has a smooth and silky coat and no undercoat. An adult’s hair can grow up to 4 to 6 inches long with a cowlick on the head and a clear parting on the back, from the neck to the tail. A puppy’s coat is black and light-brown and changes to hues of blue (steel to grayish shades) and tan when it is an adult. This dog weighs around 8 to 11 pounds.

Cairn Terrier: Terry, the dog who played Toto in the Wizard of Oz was a Cairn Terrier. This is a tough dog who gels well with people and is quite happy having them around. It is one of the smallest terrier breeds that is known as a working terrier. It is very active, and has short legs and a strong, diminutive body. Its coat is rough and thick, whereas the undercoat is short, soft, and furry. It weighs around 13 to 17 pounds.

There are many more small breeds of terriers that are used for different purposes. All in all, these are wonderful dogs that make excellent companions.