Siberian Husky Diet: What to Include and What Not To

A Siberian Husky diet has to consist of all things healthy, which many people get wrong when putting together their pet's food. Let's find out how you should be taking care of your Husky...

Home / Pet Types / Dogs / Siberian Husky Diet: What to Include and What Not To 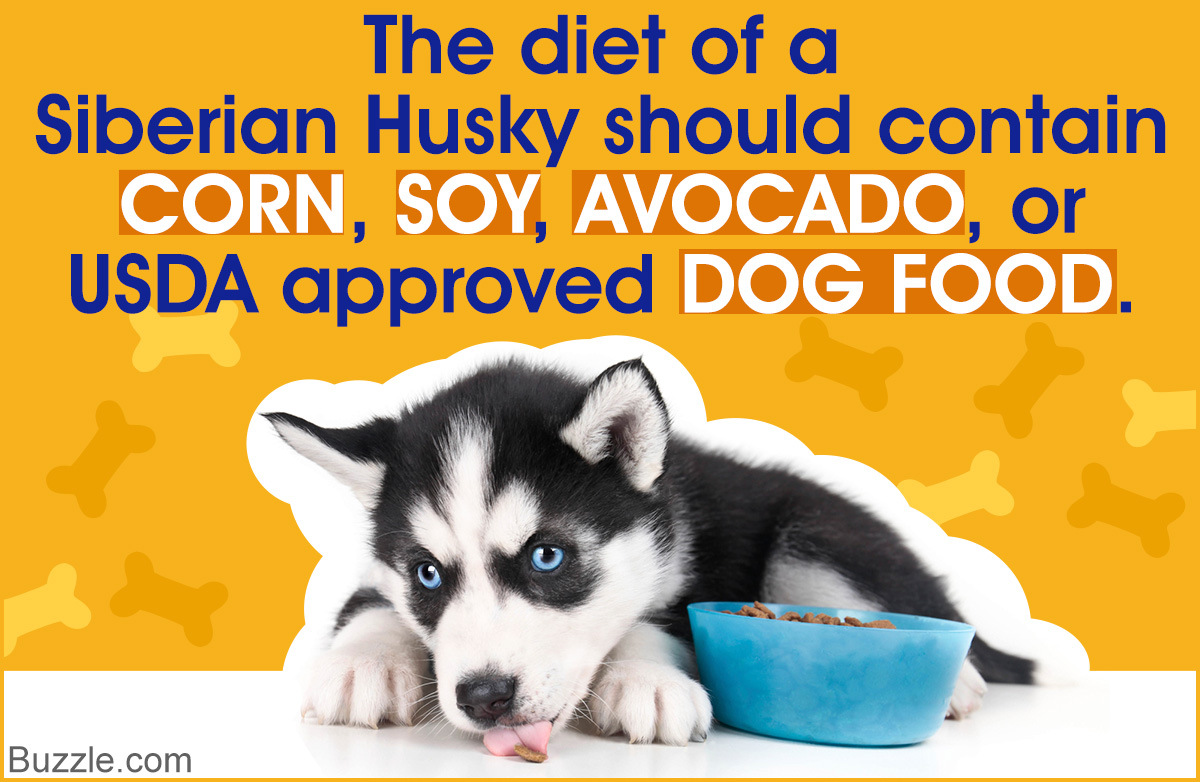 A Siberian Husky diet has to consist of all things healthy, which many people get wrong when putting together their pet’s food. Let’s find out how you should be taking care of your Husky…

Meat is a very essential component in a canine’s diet, and it has to be included along with limited amounts of healthy greens and fruit.

Siberian Huskies, like any other dog, need their nutrition in one wholesome meal, given over the course of a day to ensure that he/she grows up in the right way, and lives out a healthy life. A lot of companies say that their food is good for dogs, with many claiming to be the best in their brand of dog food. How much do we know about dog food, to deem it as healthy and beneficial for a dog?

What Should a Siberian Husky Diet Contain?

A Siberian Husky requires important elements like linoleic, linolenic and oleic acid, where you need to go easy on carbohydrates, and concentrate more on the aforementioned fatty acids. Foods that work well for a Siberian Husky include:

Preservatives used most commonly in dog or other pet food are BHT and BHA which cause health problems like kidney/liver dysfunction and some forms of cancer. Dogs weren’t designed to digest foods rich in fiber (since most dog foods are rich fiber-based meals), because of their digestive tract structure which was made solely for digesting meat more than anything else.

❖ Meat rich foods with minimal use of vegetables and fruit
❖ Doggy treats including whole grain eatables given on rare occasions
❖ Supplements from vets to make sure they get their vital vitamins and minerals in case of the lack of it
❖ Homemade dog recipes using fresh ingredients from scratch
❖ Whole milk that is organic in nature, including foods that aren’t stuffed with preservatives
❖ Clean drinking water
❖ USDA approved dog food

Canned food, packaged treats and the works, shouldn’t be your prime diet concern when it comes to your Siberian Husky. It is shocking to uncover that grains and cereal which are rejected by inspecting companies because they are harmful to humans, make their way into dog food instead. Meat, in the same way when rejected for approval-giving companies, makes its way into dog food where they’ve either been infected or dead-before-slaughter. How would you feel if someone told you that you were eating meat that was from a diseased carcass and not a healthy animal that was killed before consumption?

The antibiotics and growth hormones used on animals affect not just us humans, but pets too. That’s why it is important to make sure that food is organic and tested thoroughly by a company. It is always mentioned on packaged foods that it has been USDA inspected, and if not, then most probably should be used with caution.

Beware of dog foods that carry labels like by-products, and meat and bone meal, since companies throw in parts like the lungs, intestines, bones and even blood of carcasses. This happens because when the animal is slaughtered for human consumption, there is a large part of the carcass left off, that companies see as going to waste, so they include these in dog and other animal food products. Always look behind at the table of contents/ingredients of your dog food package, to spot any glitches in the list that may come off as suspicious, or dangerous for your pet.

The Truth About Commercial Kibble

Many people feed their dogs packaged kibbles or canned food, without worrying about the effects, since companies drill into consumers’ minds that it is nutritional for their pets. A lot of pets like dogs and cats live longer than their limited years, because they were fed the right foods. Animals were never fed processed eatables, and neither were we.

Now that we have the markets clogged with preservative ridden packaged goods, with many coming up recently with organic eats, it is no wonder why we struggle to stay fit and healthy today. We should take advantage of what is introduced in the market today, as fresh, healthy, and nutritional.

Dogs similarly, cannot eat anything that is given to them just because a dog food company claims to make the healthiest of dog eats. The truth here is that dogs, or any other pet for that matter, have to eat fresh food that we humans eat as well, made from scratch and entirely organic without being altered by humans, with very less of its packaged counterpart, served. You have to feed them food that you would put into your mouth, that are all-natural and healthy to eat, and choosing dog food from a company that is both reliable, and genuine in its claims.

A diet that only contains packaged food is of no good to your dog. You have to give manufactured dog food in minimal amounts, and concentrate more on healthy eatables that are freshly made and prepared by hand. The effects your dog can undergo from a badly put-together diet plan are:

The diet of a Siberian Husky needs to contain foods that are rich and abundant in healthy ingredients. We humans cannot live alone on packaged and canned food, and similarly neither can pets.