One of the most abundant rabbit species found in North America, is the Eastern Cottontail. To learn more about this fascinating herbivore, read on...

One of the most abundant rabbit species found in North America, is the Eastern Cottontail. To learn more about this fascinating herbivore, read on… 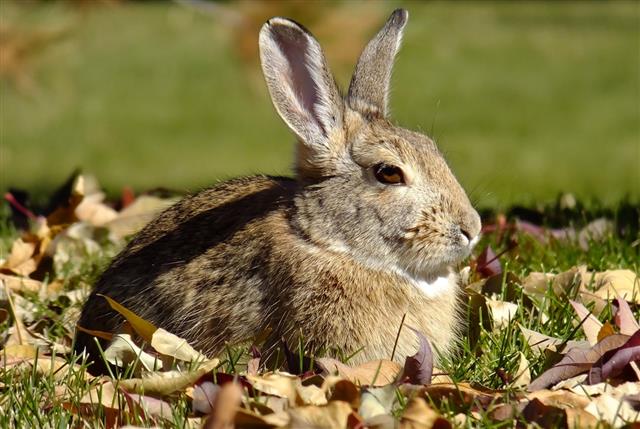 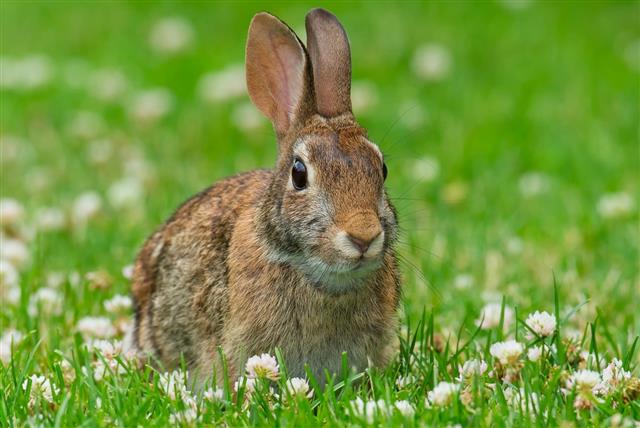 Rabbits are often judged as pretty, fluffy animals, with little brains, that make them easy prey. But a book should never be judged by its cover, and the same applies to the rabbit. In the wild, rabbits are full of tricks to outwit their predators and easily adapt to changing seasons and a disappearing environment. The most distinctive and widespread of wild rabbit species is the Eastern cottontail. This hardy class of wild rabbits is a success story, mainly due to its adaptation skills. In this article, learn more about this family of rabbits, its habitat and adaptations.

Characteristics of the Eastern Cottontail

Scientific Classification : Sylvilagus floridanus
Body : Stocky or chunky build. Long ears, distinctive cotton puff white tail and large hind feet. Eyes are large and brown.
Color : A white, star or blaze mark on the forehead. Body color is brown with reddish or gray tints. The head and neck area have a deeper brownish gray color, with respect to body. The underside of the body is pure white. In winter, the coat becomes grayer in shade, and longer in fit. In spring, a short brown coat is maintained.
Size and Weight : 15 – 18 inches long, 2 – 4 lbs in weight

The Eastern cottontail is the most common and diversely found rabbit species in North America, mostly centered in the Midwest, reaching New Mexico and Arizona. They were introduced to New England and now are taking over the territory from the native New England cottontail. Its typical habitat is a mix between woods and open land. Areas like meadows, thickets, fields, orchards, farmlands and hedgerows are the common areas to find the Eastern cottontail. This species is even found in Southern Canada and northwestern South America.

This is one smart bunny, behavior wise. Here are some of its traits:

♣ Solitary and very territorial in nature. A home range depends on the habitat’s quality. A female’s is 5-15 acres, male’s up to 100 acres. They tend towards areas with nearby water sources.

♣ Although rabbits build burrows, the cottontail prefers a “form”, a scratched out depression, not-too-deep, under a bush or in a clump of grass, for less visibility. In emergencies, like severe snowfall, it may use abandoned nests of other animals.

♣ The Eastern cottontail is crepuscular in nature, meaning it is active during twilight, between dawn and dusk. They do not hibernate during winter, and are active all yearlong. Their major foraging and eating takes place at night. In the day, they hide out from predators.

♣ They have good eyesight and hearing senses, allowing them to remain alert throughout. Eastern cottontails keep a look out for foes, by standing on their hind feet.

♣ They evade enemies by “freezing” or “flushing”. They will freeze in place, not making a sound or move, until the danger has passed. But if the enemy comes too close, they dart out, and run to cover in a zigzag motion to confuse their chaser. Their speed is nearly 18 miles per hour. They also leap in the air, reaching a height of 8 feet. The white underside of the tail is shown, while running, as a sign of danger.

♣ Eastern cottontails are more vocal than other rabbit species. They make low growling or grunting sounds, in their own company, while playing or fighting. They thump the ground with their hind feet, to communicate as well. If caught by a predator, they will utter high squeals or screams, as a distress cry.

♣ Their high population and foraging habits, make Eastern cottontails a crop nuisance. They can cause serious damage to fields, flowering shrubs and orchards. Due to their high birth rate, Eastern cottontails can move in aggressively and take over areas, causing other species to decline, as in the case of the New England cottontail.

From the Eastern cottontail rabbit adaptations in living style and behavior, one must realize that no matter how small the species, survival is always due to the fittest. The Eastern cottontail is very good at surviving, but its lifespan is short, 3 years at a maximum, so this helps in keeping population in control. In captivity, the Eastern cottontail can live up to 8 years. Hopefully, the above information has shed more light on this interesting fauna of the American grasslands. 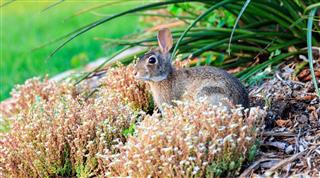 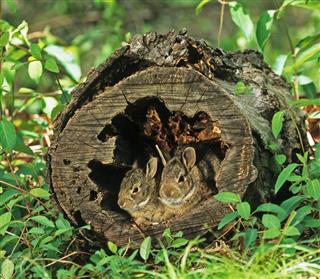 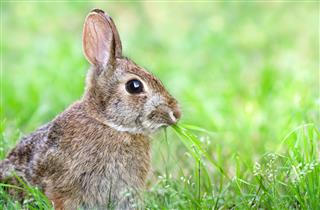 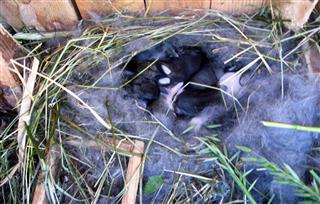 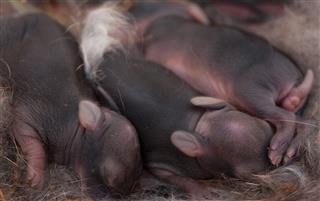 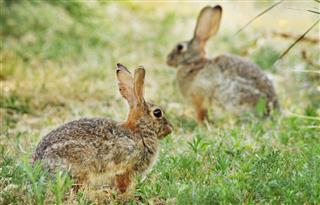 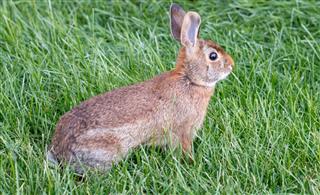