There are specific symptoms which can be observed to determine a pregnancy in dogs. This DogAppy post explains them all, and provides information on things to expect. 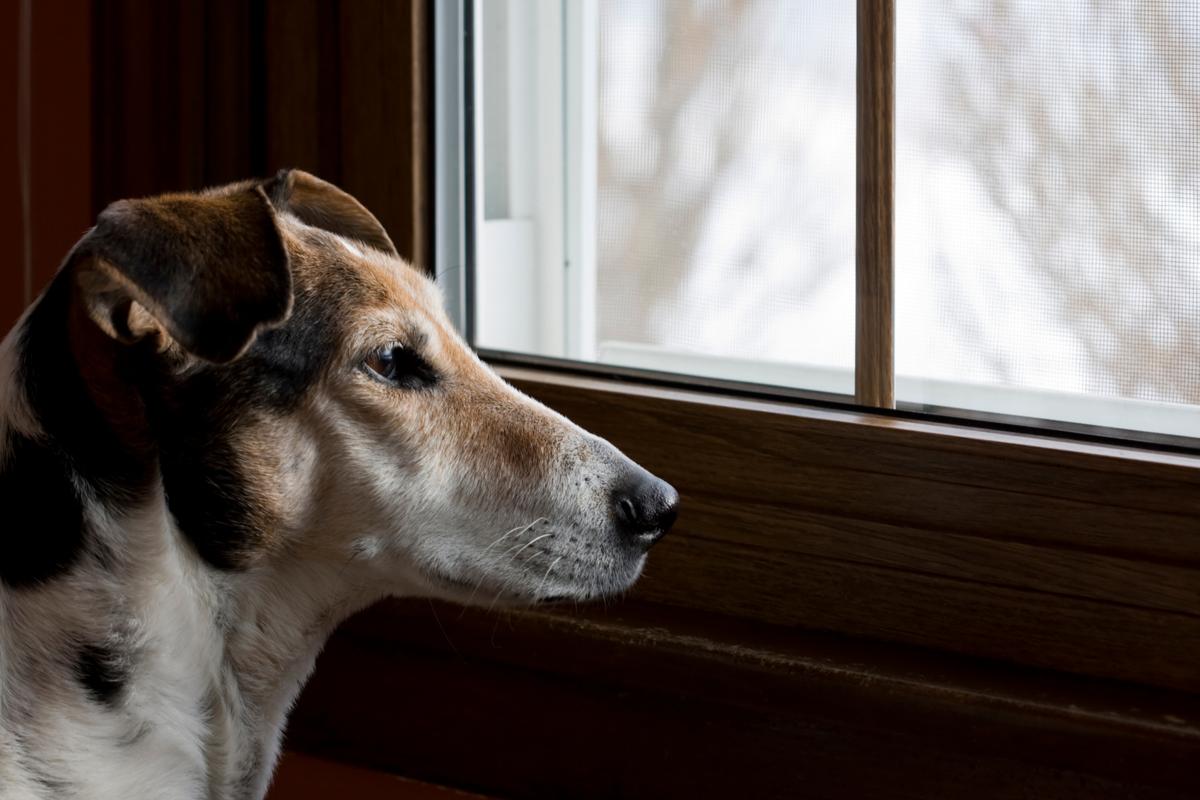 There are specific symptoms which can be observed to determine a pregnancy in dogs. This DogAppy post explains them all, and provides information on things to expect.

Dogs attain sexual maturity at the age of 6-12 months. However, some large breeds have their first estrous cycle at the age of 12-24 months. There are four stages of estrous cycle in dogs―proestrus, estrus, diestrus, and anestrus stage. During the estrous stage, the female dog allows the male dog to mate. If the eggs are fertilized by the sperms, then the dog gets pregnant and an embryo is formed. You are advised to consult the veterinarian to confirm the dog’s pregnancy.

Generally, normal gestation period in dogs is approximately 58-68 days, with an average period of 63 days. There are certain conditions that show similar symptoms, including mammary gland neoplasia (cancer), pyometra (infection of the uterus), mastitis (inflammation of mammary glands), false pregnancy, or abdominal enlargement due to fluid accumulation or organ enlargement. Therefore, once you spot the early signs, it is advisable to confirm the pregnancy from a vet.

There are certain specific signs and symptoms which indicate a pregnancy. You need to understand them in order to take good care of your dam. For the first three weeks of the pregnancy, you may not notice any symptoms. The signs usually manifest in phases as explained here:

Reduced appetite is one of the earliest signs of pregnancy. The dam feels exhausted quite often and becomes less active during gestation. This happens as a result of certain changes in the hormonal levels that support the process of embryo production. Growth of nipples is another indication. Once the pregnancy progresses, the breast tissues are developed beneath the nipples to prepare for eventual milk production. You can also notice some behavioral changes in most dams. They either show affectionate behavior or a desire to be left alone.

After the first month of pregnancy, the dog shows some progressive signs. You will notice an increase in appetite during these weeks. There is a remarkable increase in weight and the dog’s abdomen becomes thick. If you gently check the abdomen (if the dam permits you to), you will find it firm and thick.

In the later weeks, there is a significant increase in abdomen size. It becomes firm and hard. If the dog carries only two or three pups, then the abdomen is slightly increased, but it is firmer. The abdomen of some small breeds can droop to skim the surface of the ground at the end of pregnancy period.

You can notice the movement of the puppies during last weeks of gestation. A few days before delivery, there is a definite increase in their movements, as they get into a safe position for birth. Milk production starts and colostrum, the first milk, may leak as the time of delivery draws near. You will notice the nesting behavior of female dog. She will prepare the area where she wishes to deliver the pups.

With an understanding of these symptoms, you can take a good care of your pregnant dog. You need to feed a special, nutritional diet to maintain her health as well as that of her unborn puppies. 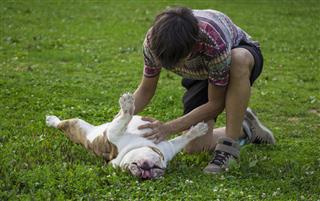 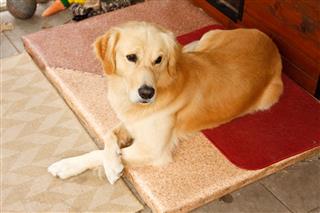