The Belgian Malinois is also known as the Belgian Sheepdog or Belgian Shepherd dog. It is a very good dog to have as a pet. DogAppy lists some interesting facts about this unique dog breed.

The Belgian Malinois is also known as the Belgian Sheepdog or Belgian Shepherd dog. It is a very good dog to have as a pet. DogAppy lists some interesting facts about this unique dog breed. 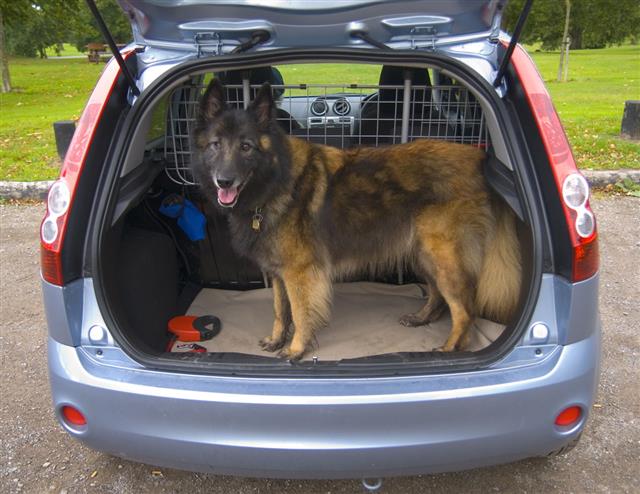 A variety of the Belgian Sheepdogs, which number to four in all (the others are Tervuren, Groenendael, and Laekenois), is the Belgian Malinois (pronounced mah-lin-wah). This is one very versatile dog that is seen in many areas of life. Right from being a family pet playing with kids to helping out the armed forces at the time of war, there is very little this dog cannot do. Originating from the Belgian town of Malines, it was originally used as a herding dog. Its popularity rose, fell, and rose again, and today it is recognized as a separate breed by the AKC. If you are thinking of adopting a Belgian Shepherd dog (Malinois) as a pet, then there are some aspects of its care, unique to the dog, that you must know about. Read on to find some more information about the Malinois in the following paragraphs.

The Belgian Malinois has a medium and square build. An interesting fact is that this dog’s body structure makes it easy to be picked up, and yet strong enough to do some serious damage if the pooch is ever provoked to attack. It has a long muzzle, triangular, erect ears, and almond-shaped eyes. Its tail is long, strong, and slightly curved. One prominent characteristic about the Belgian Malinois is that its muzzle is always solid black. It looks a lot like a wolf.

The coat of the Belgian Malinois is weather-resistant, protecting the dog from the cold weather. Hence, it is not a suitable breed for very hot climates, but can still adapt to warm weather. The coat is hardy, short in length, and rough. This dog comes in a variety of colors ranging from fawn to brown, black, gray, and red. Brown is the accepted standard for show participants. The tips of the coat hair are always black, and the undersides of the dog’s body are typically lighter. The tip of the tail and the ears are also black. As this was originally bred as a working dog, some amount of white on the chest and toes is accepted.

The Belgian shepherd has a very unique personality. It is a very versatile breed that has been a family dog, involved in search and rescue, assisting the police and the armed forces, being a guide dog, and even participating in tasks like obedience and agility among others. Hence, it is safe to say that it has many qualities. These include loyalty, affection, alertness, protectiveness, playfulness, and liveliness.

The Belgian Malinois is a family-oriented pooch that loves being around its humans. It is thoroughly loyal and very protective, making it an excellent guard dog. It is good with children and other people that it has grown up around, as also other animals. One thing to keep in mind is that the Belgian shepherd is social in nature, and needs its people around. It cannot be left alone in the house or outdoors for extended periods of time without consequences. It experiences separation anxiety and can become destructive. Get this dog only if there will be someone at home to spend time with it for a better part of the day. It thrives on companionship and interaction with others. However, it is not a recommended breed for first-time dog owners. Read the following paragraph to know why.

The Belgian Malinois is an extremely intelligent and sensitive dog. It knows how to behave, and just how much force to apply when protecting its family from a potential threat. However, its intelligence brings with it an independent and dominant streak which is natural with a herding breed. To control this streak requires an owner who can be the alpha or pack leader consistently and effectively.

If you have not owned a dog before and are unfamiliar with how to handle dominant behavior in a pooch, then it is best to avoid adopting a Belgian shepherd. Training needs to be interesting, otherwise it is pointless to your Malinois. This breed loves playing and performing mentally stimulating activities. Hence, training must be like a challenging game, which will interest your dog and make him/her want to participate. Also remember that this dog responds to positive and encouraging tones, and not heavy-handed methods. Thus, be firm and consistent, yet optimistic, gentle, and full of praises. Yelling and shouting will be counter-productive, not achieving any purpose except putting your dog off training.

Socialization is extremely important for a Belgian shepherd to be a well-rounded and even-tempered dog. Puppy obedience classes are the best place to start. Apart from that, mingle your dog regularly with your family and friends, and their pets too. Take him/her for a walk in the ‘hood, meeting neighbors along the way. You can also take your dog to the dog park, dog beach, and out on errands with you to places that allow pets. As it has a guarding streak, making an extra effort to socialize is very much needed for this breed. It can otherwise make the dog aggressive out of shyness or nervousness.

The Malinois is a very active breed, as you must have guessed from the impressive list of activities that this dog participates in, which are mentioned above. A short or leisurely walk is not sufficient for this dog. It needs at least two brisk walks a day, along with additional play time spent in games like fetch and catch.

However, do not start off your pup on a rigorous exercise routine immediately. Increase it every few months, to give the little one’s developing bones time to strengthen; this is very important to avoid future joint problems.

If you like biking, hiking, or jogging, then a Malinois is the perfect companion for you. When starting your dog out on an activity for the first time, keep the distance short with interspersed breaks. Gradually increase the time and distance of the activity. Also preferably avoid exercising your dog on hard surfaces like concrete and asphalt, as this can cause joint problems.

The Malinois is a light yet year-round shedder, shedding heavily only seasonally. Brushing daily or 4 to 5 times a week with a firm brush helps to remove the dead hair. Then you need not have to worry about dog hair sticking to everything but the dog. Bathing must be done on an as-required basis, because frequent bath sessions can strip the coat of its protective oils.

The lifespan of a Belgian Malinois is 10 to 14 years. There are some health problems that are common to this breed. Some of these are hip dysplasia, elbow dysplasia, progressive retinal atrophy, and reaction to anesthesia. When adopting a Malinois puppy, make sure that the breeder is a responsible person who takes good care of the dogs, and does not breed those that have genetic health issues. Meet your new pup’s parents and ask to see their medical records if possible.

The Malinois does well in an apartment, if and only if, it gets its daily dose of exercise. It is not very hyperactive indoors, and can do in a limited space. It does best in a house with an average-sized yard in the least, where it can play and let off some steam. Don’t forget that this dog is a people-person, and requires human contact. So keep your pet indoors for at least half the time. And never let your dog sleep outdoors in the cold season.

This was as much as there is to know about the Malinois dog breed. It is definitely a one of a kind pooch that would be a delight to have around. A word of caution though; a complex dog like this requires an experienced owner. Hence, get a Malinois only if you have raised dogs in the past. If you are new to the whole dog scene, then get an easier breed like a Labrador or a Golden Retriever.