How to Work Out Your Dog’s Reactive Tendencies

A dog that reacts to other dogs or people with excessive barking can be a problem. But something referred to as 'counter conditioning' can work to help your dog become more comfortable in all settings. Have a look... 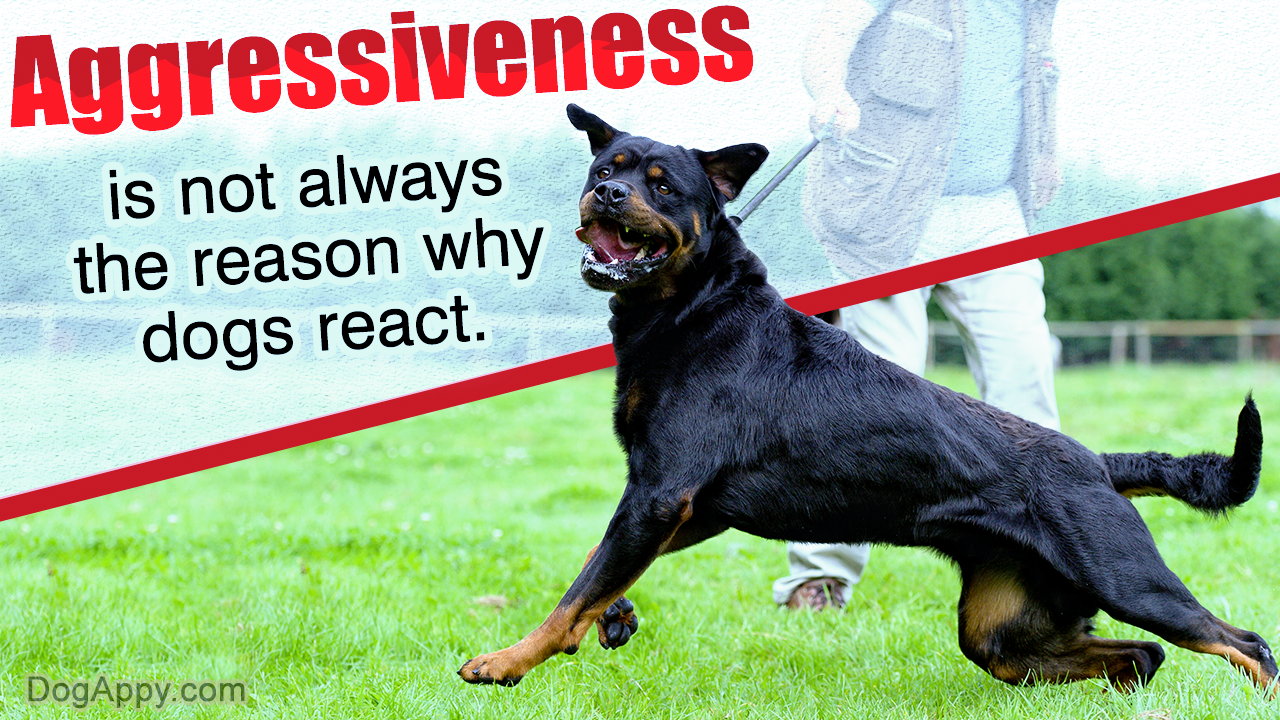 A dog that reacts to other dogs or people with excessive barking can be a problem. But something referred to as ‘counter conditioning’ can work to help your dog become more comfortable in all settings. Have a look…

In the dog training world, ‘reactive’ is the term for a dog trait that includes barking or growling at people or other dogs to an unnatural or undesired extent. While some reaction to people and other dogs is to be expected―sometimes, even some barking or growling―the reactive dog is one that will not stop barking or growling, and that will appear, at least to the casual observer, to be menacing. Of course, smaller dogs rarely appear menacing, instead falling into the category of merely ‘annoying’ when these bark ceaselessly. In either instance―whether a large dog or a small one―such seemingly aggressive and uncontrollable behavior is not acceptable, and you should work with your dog to correct it.

First, however, it is important to note that aggressiveness is not always the reason for reactive dogs. Sometimes, mere excitement, or, more often, fearfulness, will lead to a dog barking at people, and especially at other dogs. Canines that are not well-socialized during their formative puppy months (meaning that they are not often around people or other dogs) often have fear issues. Essentially, because they are unaccustomed to people other than their humans, and also unaccustomed to other dogs, they exhibit fear, and this fear manifests itself in the form of excessive barking. Also, keep in mind that your dog’s stress level is raised during such bark-filled encounters, so you are also doing your dog a favor by working with him to subdue his reactive nature.

The process for working with a reactive dog is actually quite simple. You’ll need another person to work with, as well as another dog. The other dog should preferably be well-mannered, but should also be a dog with which your dog is not already familiar. To begin, have your dog on-leash while your helper has the second dog on a leash as well. When you bring your dog outside, your helper and his leashed dog should be about 50 yards or more away from you, or at least outside the range in which your dog typically reacts.

Your helper human and dog combo should then proceed to move ever-closer to you, but in a slow manner. As this is occurring, you should be working closely with your dog, by offering him ‘high value’ treats, and generally keeping his attention via praise and interspersed treating. This process is known as ‘counter conditioning’, and the thought behind it is that your dog is going to be trained to look to you when another dog or person comes into sight, rather than reacting with barking and seeming aggressiveness.

From this point, your helper and his dog should continue to move closer, and all the while you should continue treating and praising your dog. Note that the first several times that you go through this process, it is very likely that your dog could ignore you to some extent or split his attention between the treats you’re feeding him and the other dog. This is only natural, and the process of counter-conditioning could take quite some time and multiple sessions with your helper and the other dog. Nonetheless, the process can simply be played out by having your helper slowly move closer to you with his dog.

If it gets to the point that your dog is reacting and not paying attention to you, simply have your helper move back further, thus moving the perceived threat from your dog. Continue to treat and praise as your helper again moves closer. By the end of this process, which again, may take multiple sessions, your dog should be trained, or ‘conditioned’ to look to you specifically when encountering another dog―or another person, if that is what elicits a reaction.

After having gone through this process multiple times, and establishing that your dog now knows to look to you upon encountering other dogs, it is a good idea to go to a place where your dog is likely to encounter other dogs. Continue the treating process when out and about and in training mode. Eventually, with patience and continued work, your dog will always look to you when encountering another dog, even if it has long been established that this event does not result in a treat. At that point, your only role is to assure your dog, through affection or a soft word, that all is well. By using this counter-conditioning method, your dog should stop reacting to other dogs and people, with uncontrollable barking.