Gouramis are very popular aquarium fish, but there's one particular attribute of their personality that you need to take into consideration if you want to keep them as pets―their aggression. 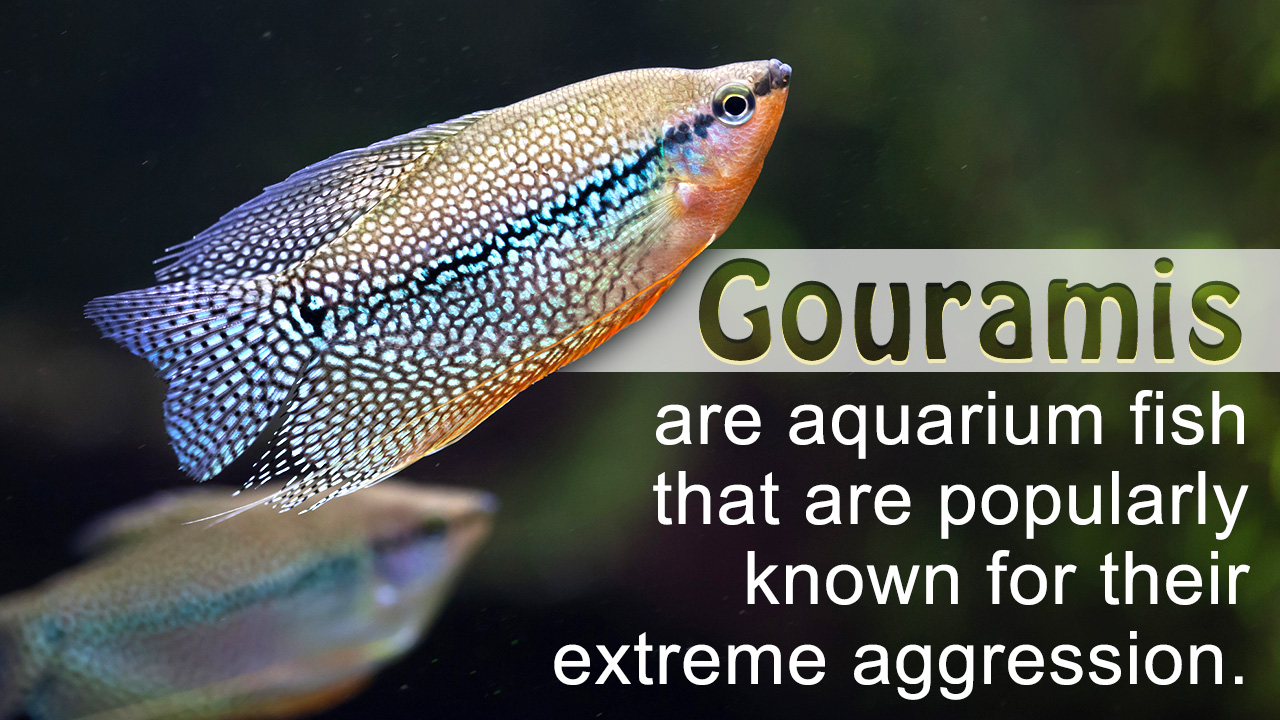 Gouramis are very popular aquarium fish, but there’s one particular attribute of their personality that you need to take into consideration if you want to keep them as pets―their aggression. 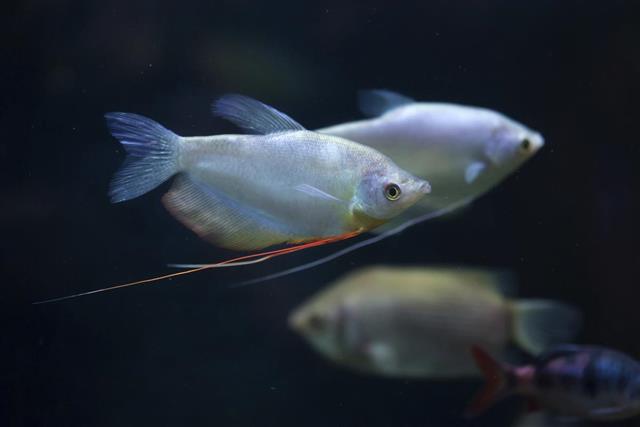 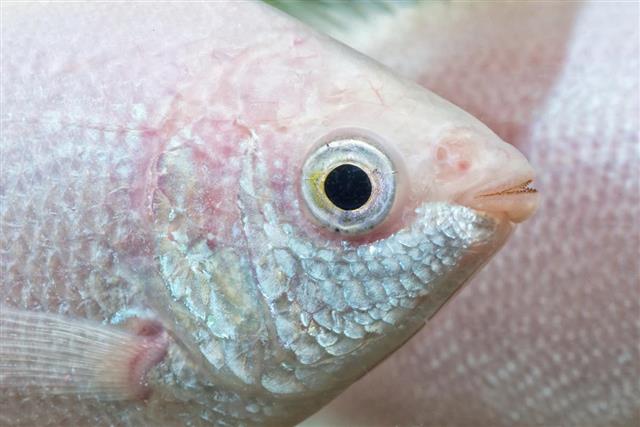 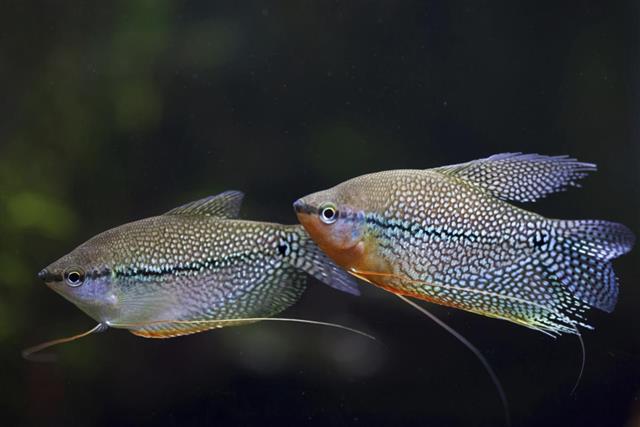 I am extremely fond of gouramis. I myself owned one about a few months back. He was my companion for the past 3 years. What makes him stand out in my memories is his stubborn aggressive nature. I don’t know why he loved attacking all the other fish. He would attack them till they were half dead, or dead. Then, he would swim gracefully at peace. I tried separating him from others by placing a glass partition within the tank. It made no changes whatsoever. Whenever I sympathized with his ‘Oh, I so lonely’ looks and removed the partition, he would be back doing what he did the best―bullying others.

Several fish were introduced; most of which left for their heavenly abode. But, Mr. Gourami―as I liked to call him―remained a constant member of my tank. He grew considerably big in size and was very healthy. Suddenly, one fine evening, I saw him swim rather slowly, and I knew it was time for the inevitable. However, he kept chugging for a day and finally bid us goodbye.

Gouramis are usually considered peaceful, but when they are ticked off, they will not hesitate to take on others and will even go to the extent of killing them. They tend to get aggressive when the fish tank is too crowded or when there are more than two male members in one tank. Now that’s one of the most important things that you need to take into consideration, if you intend to keep this variety as a pet.

Gouramis are called labyrinth fish owing to their lung-like labyrinth organ that helps them use atmospheric oxygen. These fish are graceful swimmers, and sport unique coloration and body patterns. They are known to be a little aggressive in nature, but do well in community tanks with like-minded fish. There are various types of gouramis that you can keep in your fish tank, but you need to make sure that you bring home one male and one female. Or else, your fish tank is bound to turn into a battle ground.

Pearl Gourami
The most attractive and hardiest of all gourami varieties, they are highly adaptable in nature and do fine in an aquarium with subdued lights and dark substrate.

Banded Gourami
These are sturdy fish that love to eat a lot of vegetable matter. They are also called rainbow gouramis.

Kissing Gourami
In this species, the males lock their mouths together when trying to challenge each other, and hence, the name. They have really small sharp teeth that are used for eating algae.

Moonlight Gourami
These are shy members of their species, and have a distinct body shape that makes them look different from the other gouramis.

Dwarf Gourami
These are tiny fish as their name suggests. They love living in a sociable environment and come in different colors.

Blue Gourami
The blue gourami or three-spot gourami is the most popular of all the varieties. They change their color according to their mood. You will see them darken their skin color when spawning.

You will have to house your pet gourami in a 10-gallon tank. These fish love swimming in freshwater. The tank should also have floating aquarium plants. The temperature of the water should be about 24 to 26º C. The pH should be ideally neutral, though slightly acidic will also do. They love plants like the Java fern, Vallisneria, and Cryptocoryne plant. You need to use a fine, colorful substrate for your aquarium. They are not very fussy when it comes to food. You can feed them flake foods, worms, brine shrimp, even fresh vegetables, like lettuce and peas.

Breeding them is rather simple as you can easily differentiate between males and females. The males have slender bodies and angular fins. You will have to select a male and female, and place them in a tank. You will also have to add loose gravel or pebbles to the tank. The male will use these pebbles or loose gravel to build his bubble nest. When he is ready, he will persuade the female to lay eggs in it. This is the time when the male is highly aggressive. Once the spawning is complete, remove the female from the tank. The male will behave like a good father, and tend the eggs and young ones. When the eggs hatch, you can feed brine shrimp and infusoria to the new members of your fish tank.

These fish live in harmony with species like danios, mollies, and silver dollars, but tend to be aggressive towards betta fish and goldfish as they are attracted to their long tails, bright colors, and floating fins. For male gouramis, these brightly-colored fish are competitors that have to be dealt with. The females, on the other hand, do not bother other fish and mind their business. With a lifespan of 4 years in captivity, you can expect a few years of healthy relationship with your pet fish. 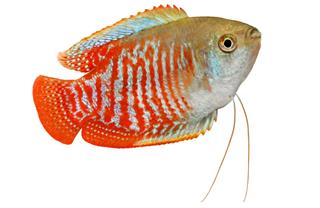 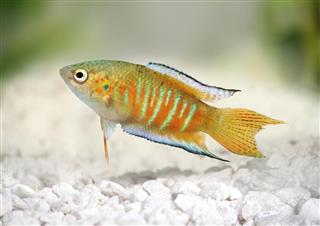 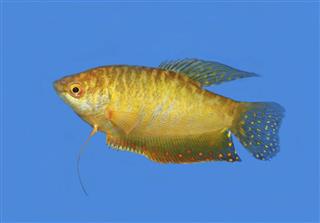