The types of frontosa fish will hold your attention, being a very vibrant breed of fish that makes for a good aquarium pet. Learn facts about this fish and what to expect out of them when kept at home as pets... 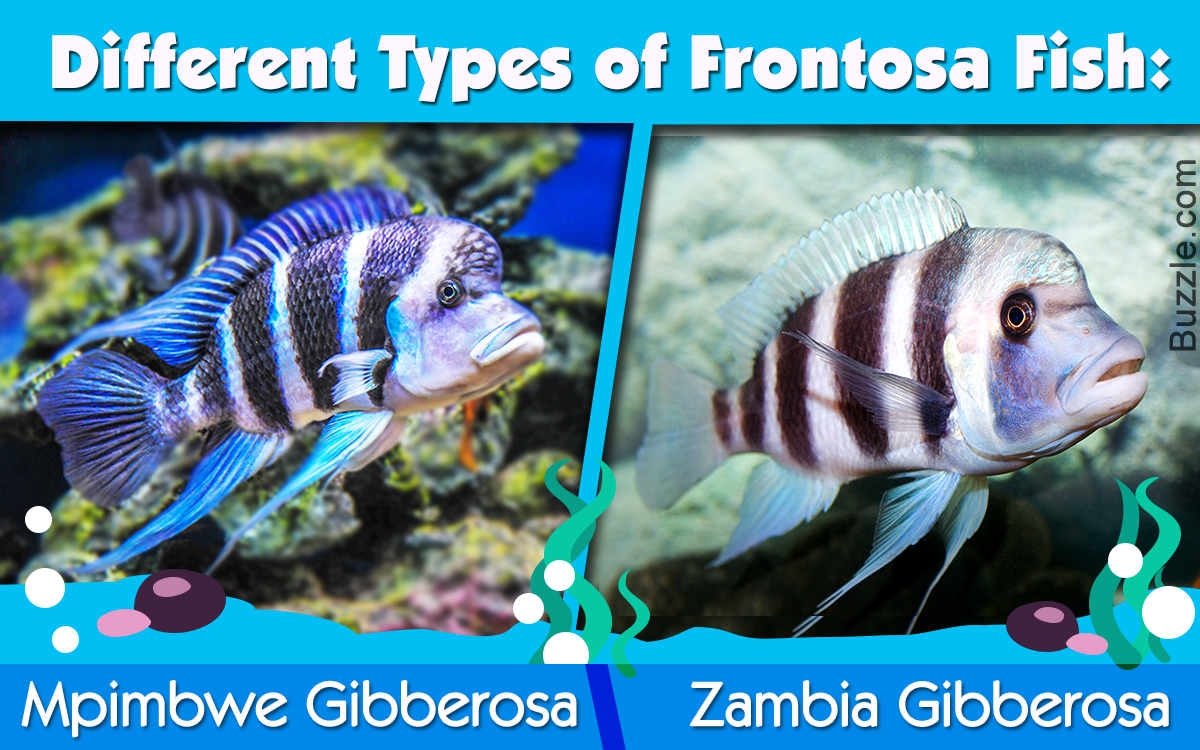 The types of frontosa fish will hold your attention, being a very vibrant breed of fish that makes for a good aquarium pet. Learn facts about this fish and what to expect out of them when kept at home as pets…

Frontosa fish are easily noticeable if you know what you’re looking at – they are white fish, with stripes across their bodies in about 6 or 7 of these vertically. Like sharks, these fish also have dorsal fins peaking above their top, although of course not as prominently placed. Males have a bigger bump along the top, called the cephalic hump which is slightly larger than that of the female’s, and when both sexes reach maturity their humps are then noticeable. This is also a sign to show that the fish are ready to mate and produce offspring which takes a long while to be sexually possible for both fish (letting them mate before they’re ready isn’t advisable). The fins take on a more intricate look, forming a complex design as they age. The fins elongate over time, making them look quite beautiful as they swim along the water with these delicate protrusions.

Frontosa fish vary in color, where the most common sort of these are seen as previously described. These carnivorous fish are best kept either in isolation, or with the opposite sex although it is better to first let it mature before introducing it into an aquarium with a female frontosa in it. They require ample space for their size, and need rocky structures and little ins and outs within these, to maneuver themselves within a closed spot which they are familiar with under sea and are most likely to expect in an aquarium.

Frontosa fish when they are ready to mate will not have any complicated seduction moves in store for the female, except digging a space within their dwelling area for her to lay her eggs. Once she does produce a bunch of these, she gathers them into her mouth, being what is known as a mouth brooder, where she releases her young after they’ve been in her mouth for at least two months. It keeps them safe from predators and the male frontosa, which ideally should be separated from her in case he makes a move to eat the young she holds. It is important to place them in soft lighted areas, with lots of gravel and underwater plants. This freshwater fish does well in lukewarm water which needs to be maintained between 75°F to 79°F.

There are different sorts of frontosa fish, with their own characterized features to make them look different from one another. Let’s find out which kinds are common and not so common when it comes to their kind.

These fish are white in color with stripes along their bodies in their quintessential frontosa fashion. The dorsal fin on this type of frontosa is yellow in color with a golden-ish tinge to it, with a little blue as well.

This fish comes in colors of blue and black, with stripes along the body that is mesh of these colors, while the black of course dominates the two tones. It has a brilliant blue color to it making it unique among its kind.

A shimmery, more angelic version of the carnivorous frontosa, this kind of fish is pearly white, with stripes along its body, where the dorsal fin sports a slightly yellow color in its hump.

These fish are not easy to breed and comes in an amazing blue color, where its dorsal fin isn’t as large as its other compadres.

This common kind of frontosa comes absent with a blue that is outstanding, with a little of this present around its face and fins. It has the largest hump (dorsal fin) among all the other frontosas.

Blue in its entirety, this fish is more open to human contact than other kinds of frontosa. It is a common kind of fish found in this type of species, and is much favored by those who wish to keep them as aquarium fish. Other breeds in the frontosa family are: Kapampa Zaire, Cape Nangu, Kasanga, Kipili, Northern Congo, Bulu Point, Samazi, Moba Zaire, Congo, Ikola and Kigoma.

Frontosa are a nice kind of fish to have around in an aquarium, where they aren’t hard to raise depending on which types you choose to take care of. Be sure to be familiar with its dietary needs, to keep this kind of fish living for as long as possible. Some people may not want only frontosa to occupy their aquarium space, therefore fish like C. moorii, A. calvus and even clown loach is acceptable, since these fish can be around a frontosa owing to their similarly large sizes. Bottom feeders are a great addition as well to any aquarium that has frontosa in it.