Facts About Dwarf Rabbits That Will Kill You With Cuteness

Dwarf rabbits are little animals which even after turning adult, resemble babies. Belonging to the category of smallest domestic rabbits, dwarf rabbits are easy to domesticate though a little care on their diet and exercise is important.

Dwarf rabbits are little animals which even after turning adult, resemble babies. Belonging to the category of smallest domestic rabbits, dwarf rabbits are easy to domesticate though a little care on their diet and exercise is important. 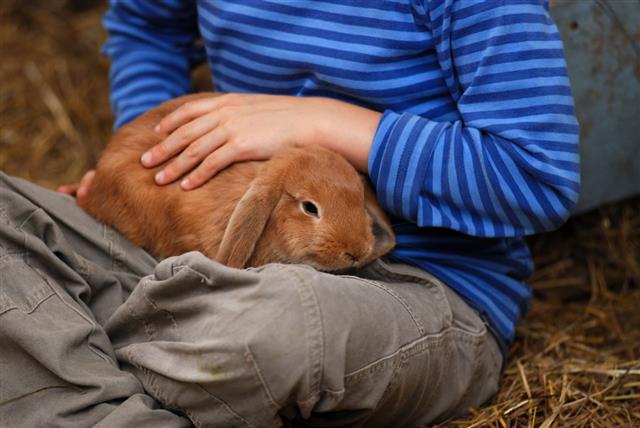 Dwarf rabbits are the smallest breed of domestic rabbits, which are said to have originated in Europe. They are the third most popular pets in America and England, after dogs and cats. They are cute and adorable, and are usually docile pets. One thing to remember before buying a Dwarf rabbit is that there are pure as well as false bred rabbits in the market. The false bred rabbits are products of hybridization and look larger than the purebred ones.

These rabbits are also called the Netherland Dwarf Rabbits as they were first found in Netherlands, in 1900s. They are the descendants of the small Polish rabbit breed who were inter bred with the small wild rabbits. In 1948, these rabbits were introduced in England. Later in the 1960s, the Dwarf breed was brought to United States and was recognized by the American Rabbit Breeder’s Association in 1969.

These rabbits are tiny animals with an average weight of 0.7-1.4 kg. They have a small round body with thick fur, which is soft and shiny. Their head is large as compared to their body, and they have small ears which are straight and point upwards. They are available in almost 24 colors including chocolate, opal, chestnut, tortoiseshell, smoke pearl, orange, black, etc.

It is essential to take extra care while feeding the Dwarf rabbit, as it is said to have a sensitive digestive system. So, overfeeding the animal should be avoided. Rabbits are plant-eating animals and like to eat grasses and grains. One can feed them vegetables like carrot and certain fruits like apple or banana in moderation. Nuts and seeds should be strictly avoided, and fibrous foods are best for their health.

These rabbits are said to be gentle and obedient creatures. The first litter of the Polish and wild rabbits consisted of young ones that had an unpredictable and wild behavior. Constant and selective breeding have made these rabbits gentle and docile creatures. However, one should know that every Dwarf rabbit has its own personality. They love to play and are friendly towards both, children and adults.

Like all domestic pets, it is important to train the Dwarf rabbit from the beginning. They should be taught to use the litter cages to relieve themselves. You have to be strict with them to make them listen to you. But, avoid being harsh, as it may scare or confuse them. They develop inappropriate behavior when they become adults. To avoid such behavior, it is best that you sterilize your pet.

Before you decide upon buying a Dwarf rabbit as a pet, please make it a point to give it a good thought and do your complete research. You need to be very careful as you are taking the responsibility of a delicate and vulnerable being.

It is necessary to ensure that the Dwarf rabbit is a pure breed before buying one. For that, buy your rabbit preferably from a farm and not from a pet shop or superstore. One more reason of not buying it from a store is its health. You can never be sure whether the rabbit is healthy.

One must also know that having a dwarf rabbit will be quite expensive. Therefore, it would be better if you purchase it from a farm, a friend or a neighbor.

A rescue center is a great option, in case you are not sure about its health and breed. These places mostly vaccinate and neuter the animals so it would be much convenient for you.

A thorough knowledge about the animal, its habits and its temperament is very important before you adopt one. The poor animal would not be able to communicate if its owner tries to feed him cat food.

Make proper living arrangements and buy all the things required like proper cage, water bottle and food bowl, hay bin, litter box and other things needed by the animal.

Sanitation is another factor that one has to keep in mind. Keep the animal and its surroundings clean to maintain health and hygiene.

Do not forget to take your little thing to the vet for regular checkups, give him proper and timely food and exercise to maintain its health. I agree it is a delicate and high-maintenance animal, however, after bringing home a Dwarf rabbit, you will surely realize that it is a cute little pet that thrives on love, care and affection.