The animal kingdom comprises a number of hybrid and very interesting creatures such as the dwarf hamsters. These tiny animals are a part of the genus Phodopus. They make great pets and come in a number of varieties, including short-tailed, Campbell's, Roborovski's, Dzhungarian, and the Chinese dwarfs. 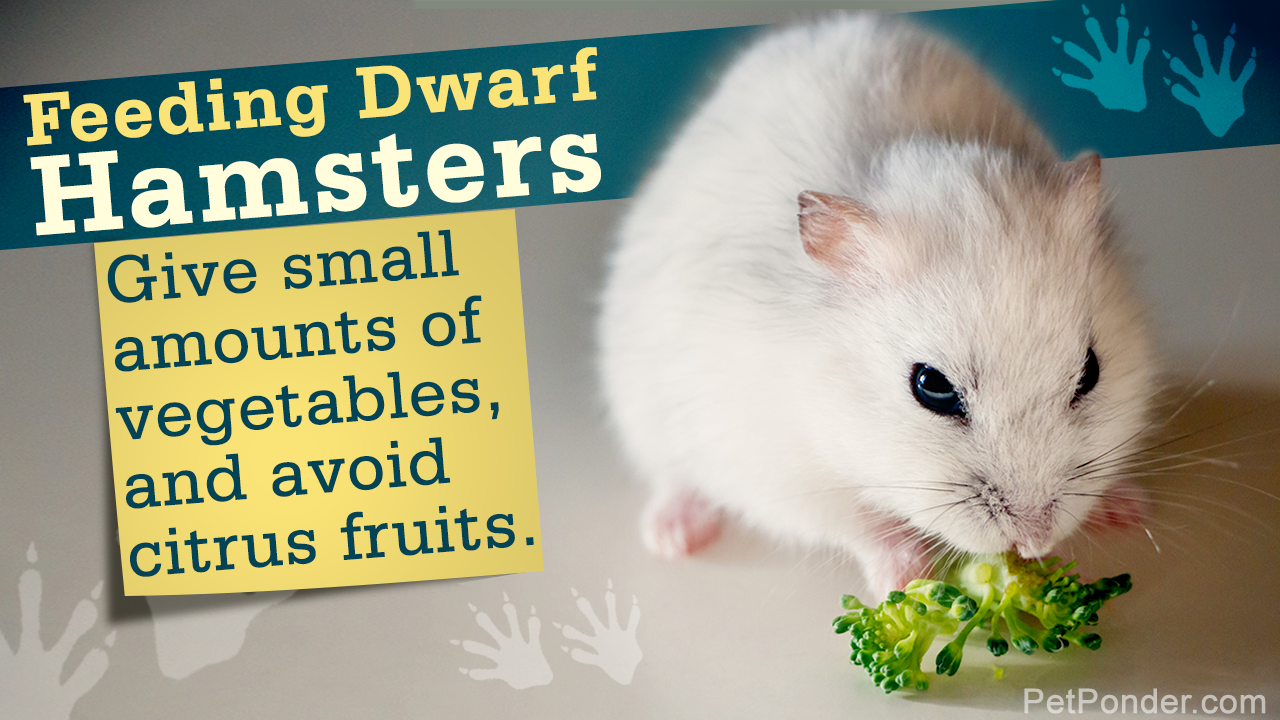 The animal kingdom comprises a number of hybrid and very interesting creatures such as the dwarf hamsters. These tiny animals are a part of the genus Phodopus. They make great pets and come in a number of varieties, including short-tailed, Campbell’s, Roborovski’s, Dzhungarian, and the Chinese dwarfs. 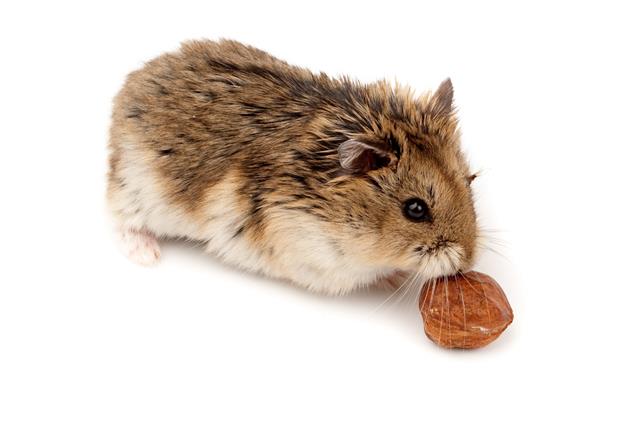 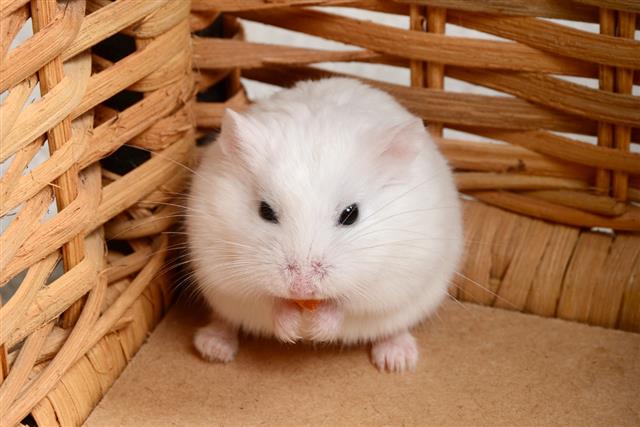 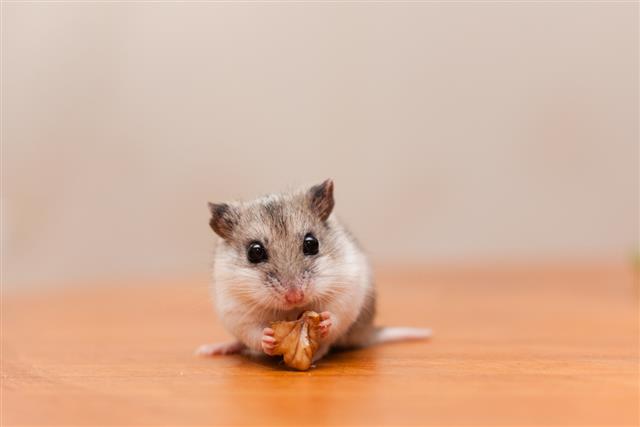 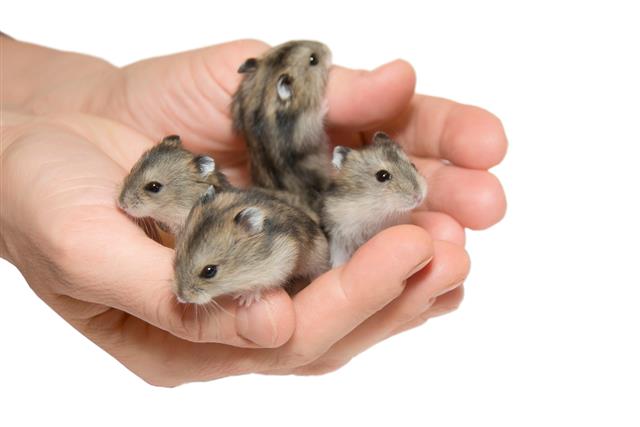 Dwarf hamsters are scientifically not considered dwarfs. The epithet is mainly attributed to their miniature-sized resemblance to the wild hamsters. They make great pets and are very sociable. Depending on the variety, a dwarf hamster displays the following traits.

Campbell’s Dwarf Hamster: This variety enjoys an average age span of 2.5 years, during which it reaches a length of nearly 10 cm.

Chinese Hamster: The Chinese hamster reaches a length of approximately 12 cm during its lifespan of 3 years.

Roborovski Hamster: This is a smaller hamster that measures only about 5 cm during its entire lifespan of 3.5 years.

Dwarf hamsters are rodents that enjoy a classification that spans across twenty-four species and seven genera. These tiny creatures sport a name that is derived from the German word hamstern, which means ‘to stack’. This epithet is awarded to these rodents on account of their inherent ability to stack a lot of food within their expandable cheek pouches. The classification dates back to 1839, but it was only in 1930 that these animals were successfully bred and domesticated. The process is credited to the name of noted zoologist Israeli Aharoni, in Syria. He highlighted the fact that the behavior of the hamsters varies according to their immediate natural environment, extent of interaction with humans, and genetics.

Dwarf hamsters are stout-bodied and have tails that are much shorter than the length of their body. They have furry ears and short, stocky legs. They have thick fur that varies between hues of black, white, brown, and yellow, depending on the species. Some of them have a dark stripe that runs down the length of the body, from head to tail.

These creatures have a poor eyesight and are mostly nearsighted. They are colorblind, but display an acute sense of smell and hearing. It is these very inherent traits that they use to detect scraps of food, movement, and gender. They are highly sensitive to high-pitched noises. They have the ability to communicate ultrasonically. These rodents are very flexible and have fragile bones. When adopted as pets, the owner has to be very careful and alert and keep the animal away from rapid temperature change.

Dwarf hamsters are omnivorous. They eat almost anything edible with the help of their sharp incisors. These teeth never stop growing during their lifespan and are consistently put to use as they regularly chew on food stored in their cheek pouches. In fact, when these storage chambers are full to capacity, the animals appear to have a swollen head.

They are hindgut fermenters, and the eating of their own feces is actually a natural way of aiding digestion a second time. This practice also enables them to make the most of the food nutrients available.

Dwarf hamsters are crepuscular. They display the tendency to burrow during daytime, to avoid predators. Their diet comprises berries, nuts, and scraps of fresh fruits and vegetables. They are also known to consume small insects, like meal-worms and crickets. When domesticated, too, they display the preference to look for food after dusk.

Hamsters are naturally endowed diggers. In the wild, they are known to spend much time constructing burrows, designing entrances and galleries, and generating tunnels for temporary hibernation. They keep themselves busy by creating stockpiles of large amounts of food. Interestingly, they can survive for days without eating.

Today, dwarf hamsters are very popular in the pet trade. They are either bred in pairs or small groups. 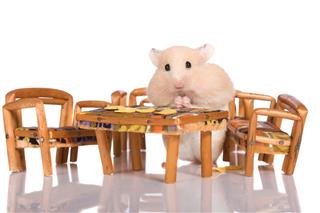 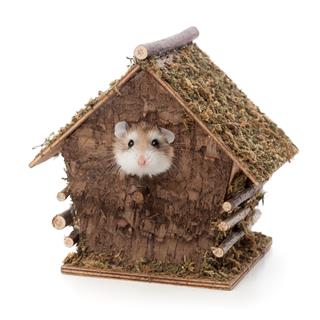 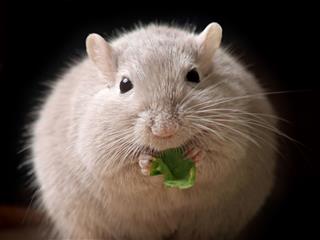