Coy fish are widely cultivated in China and Japan. They are found in many colors and therefore referred to as living jewels in the pond. 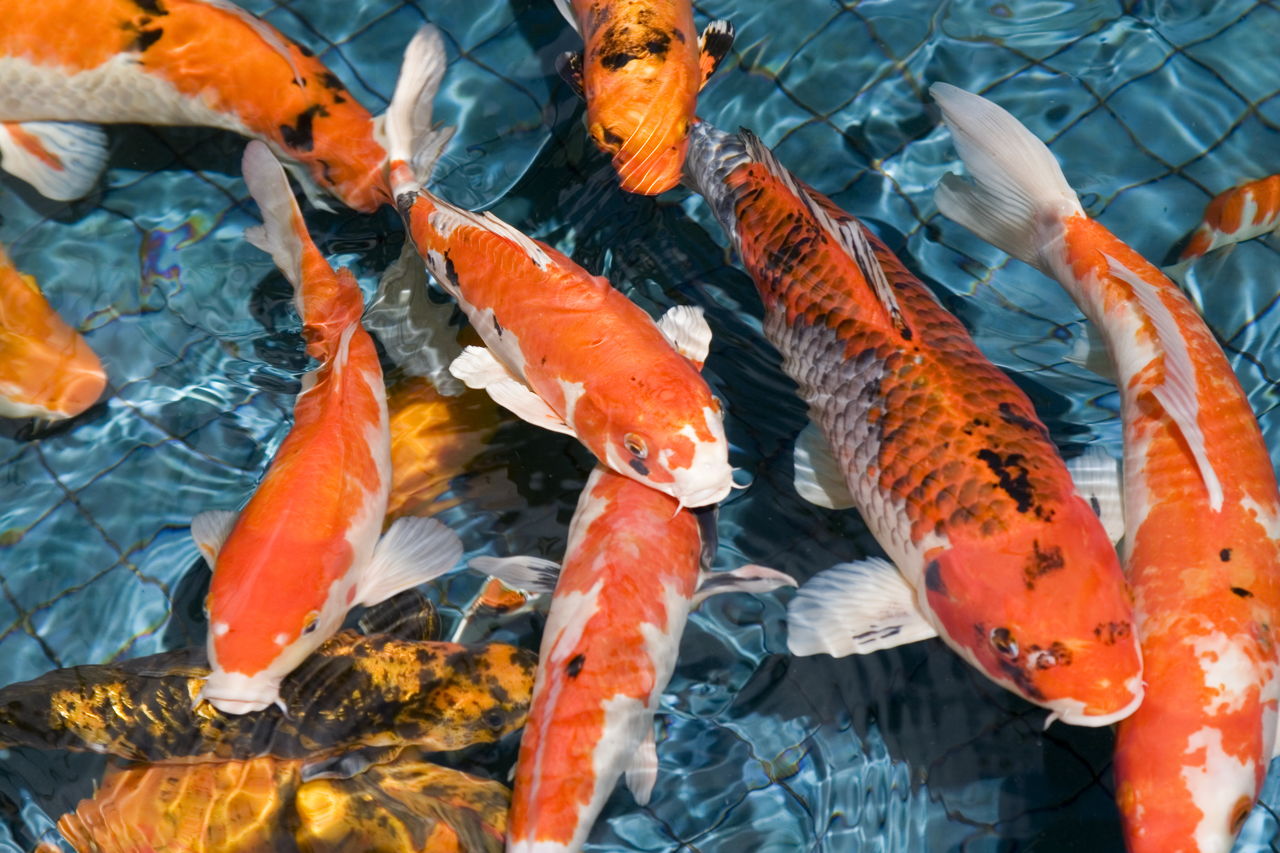 Coy fish are widely cultivated in China and Japan. They are found in many colors and therefore referred to as living jewels in the pond.

The word ‘coy’ in coy fish is derived from koi, the Japanese name for carp. They originated in Eastern Asia, Aral Sea, Black Sea and Caspian Sea. These are widely cultivated fish in China and Japan. The breeding of these fish first became popular in Japan in the 19th century when farmers accidentally discovered these brightly colored creatures and started to raise them. Gradually it became popular throughout Japan but the rest of the world still was not aware of this kind of fish. When the use of plastic bags became popular, the shipping of coy became faster and safer. Thus their shipping began to other countries, throughout the world. They are now found in most of the pet stores. There are both, the colorful varieties as well as the dull gray variety of coy fish. In Japan this fish symbolizes love and friendship.

Coy fish are found in many attractive colors and are therefore referred to as living jewels in the pond. They are found in white, black, red blue and yellow colors. Even their price range varies from hundreds of dollars to thousands of dollars, depending upon their colors and patterns. Some of the popular varieties are as follows:

They are the friendliest variety of fish that can be trained to respond to a clap to gather at a particular spot while feeding. They can be easily hand fed and as they have no teeth, they can be fed by small children also. Some of the coy fish varieties are shown in following pictures.

Coy fish is a coldwater fish and is therefore advised to keep in areas that are harshly cold. They should be kept in a pond with a minimum diameter of 1.5 meters and depth of about four and a half feet. If you intend to keep the fish in areas that are comparatively hotter, it is recommended to increase the depth of the pond by at least another feet. When the temperature of the cold areas drop below 50°F, coy fish go into a state of hibernation. They remain at the bottom of the pond as the top layer of the pond freezes and stay there until the ice begins to melt during spring. During winter their digestive system halts and they survive only on algae found at the bottom of the pond. Normally, these fish can devour anything from lettuce, peas to watermelons to insect larvae.

The attractive and distinct colors of coy fish may make them a vulnerable target for predators. Cats, raccoons, birds can easily access the pond and scoop out the fish. Hence, it is necessary to protect the pond from coy predators. Setup an overhang on the pond to prevent mammals from getting inside the pond. Planting tall, shady trees around pond can obstruct the view of aerial predators. You can even place a wired net on the pond.

If the conditions are favorable and ideal, they can live for up to 90 years. The record lifespan for coy fish is 226 years. However, the ones living in artificial pond in a controlled environment can live up to 50 – 60 years. Those in wild can easily surpass this average lifespan. Ideal conditions for the survival of coy fish are clean water, large area and fresh food. They live longer if kept with other pond fish as well as with their own kind.

Coy fish can be a great addition to your backyard landscape. Besides, they keep the pond clean by devouring insect larvae. If you care properly for your coy fish, you can pass them to your next generations.