Angelfish is one of the most popular aquarium fish. Known for their vibrant colors and unique shapes and sizes, they have been famous in the market and favorite among buyers.

Angelfish is one of the most popular aquarium fish. Known for their vibrant colors and unique shapes and sizes, they have been famous in the market and favorite among buyers. 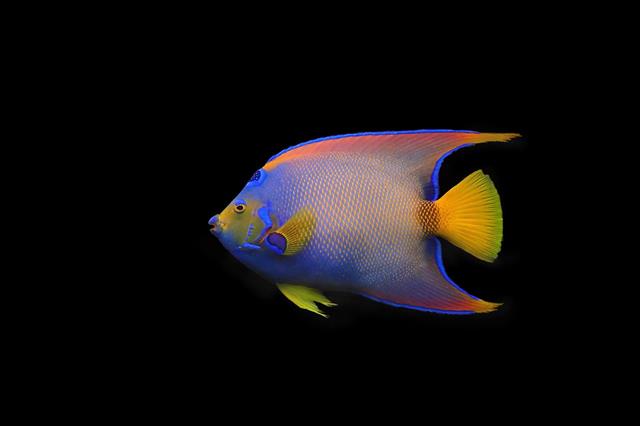 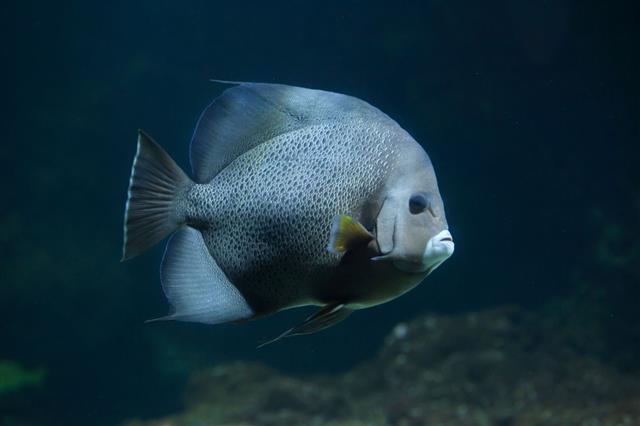 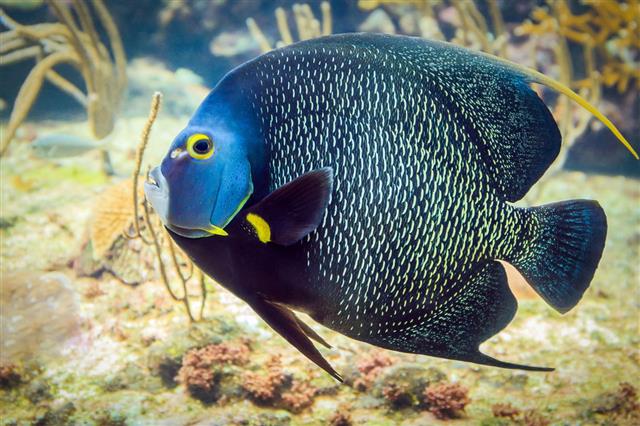 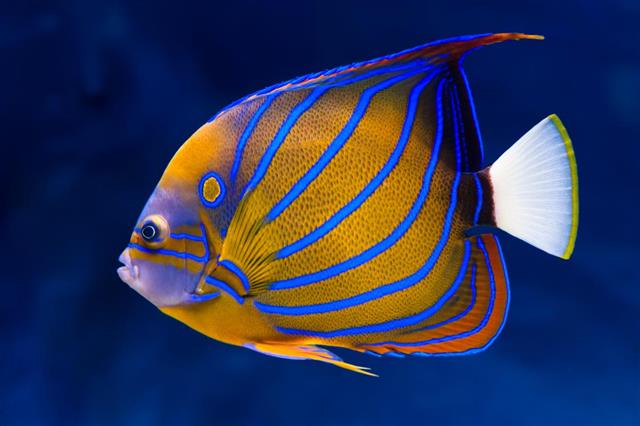 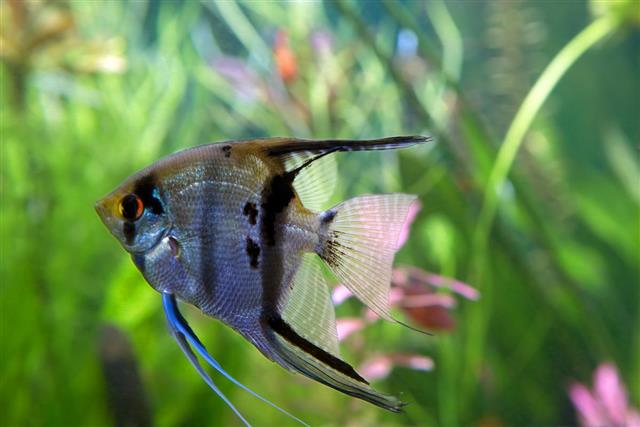 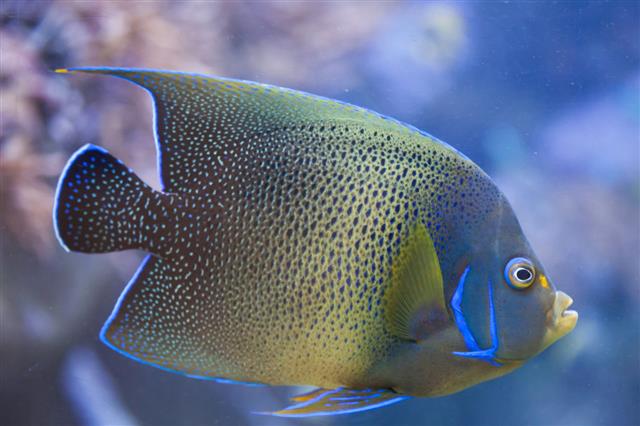 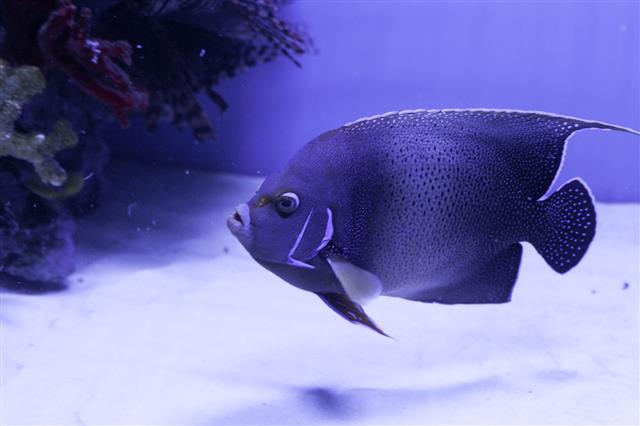 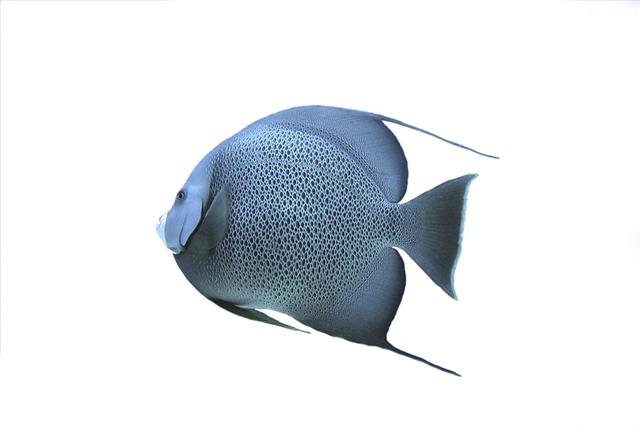 Angelfish are of two types, the one living in the salty ocean waters are known as Marine Angelfish and those living in the freshwater of the rivers originating in South America are the Freshwater Angelfish. There are around 100 species of freshwater and marine (sea water) angelfish, combined.

It is the most exotic and beautiful tropical fish, found almost in every ocean. Marine angelfish have 7 genera in all, composed of 87 species. They usually eat both animals and plants, that is, they are omnivores unlike the freshwater angelfish. More than 95% of the fish feed on sponges. Their jaws are adapted to the sponges and have become protracted, having the ability to eat sponge pieces by secreting a thick coating of mucus on them. The reproduction of marine angelfish depends on the species and the region in which these species live. Different genera have different eating habits. For example, Centropyge eat filamentous algae whereas Genicanthus feed on zooplankton.

As the name suggests, this variety is found in freshwater, usually in the Amazon river. Breeding the freshwater angelfish as an aquarium fish, is possible. The species are wild type, gold, zebra, black laced, marble, ghost and gold marble. They have resulted in crossbreeds due to mutation over the years.

Facts About the Angelfish

~The scientific name of freshwater angelfish, Pterophyllum scalare, is derived from the Greek words: Pterophyllum meaning ‘winged leaf’ and scalare which means ‘a flight of stairs’.

~The dorsal fins look like a flight of steps or ladder and the fish is leaf-shaped. The fins are narrow and scoop shovel shaped. The shape and size varies according to the species.

~It belongs to the family Cichlidae of Kingdom Animalia.

~The lifespan of both marine and freshwater angelfish is 10-15 years.

~It is a cold-blooded fish and the metabolism is controlled by the varying temperature.

~At high temperatures, the metabolism is high that results in the lowering of the lifespan of the fish.

~Accordingly, the life span of an angelfish is dependent on the temperature of water it lives in.

~The original habitat of freshwater angelfish is the Amazon river and its main tributaries in South America. The sea-water fish are found in the reefs of the oceans in the southern hemisphere.

~Pterophyllum leopoldi, commonly known as teardrop angelfish is known to have river habitat and is found in Amazon River, Solimões River and Rupununi River.

~The freshwater angelfish are usually triangular in shape which aids them in hiding amongst the aquatic plants, mostly during an attack by a predator.

~The average height of the fish is 6 inches. The aquarium angelfish is 4 – 6 inches in height.

~Most of the species come from river water, so they require soft water.

~The average temperature of water required is 74°F to 84°F.

~The freshwater angelfish are most commonly kept in freshwater aquariums. Studies suggest that these angelfish show sign of recognition to the owner of the aquarium.

~Small species like centropyge adapt easily to the aquarium atmosphere.

~Marine angelfish lay the eggs directly in the saltwater. These eggs float in the water and later mix with the organisms and eventually, unknowingly, get eaten up by them, thus reducing the birth ratio.

~The female angelfish (freshwater) lays about 1000 eggs on the surface of plants and rocks. The parents guard the eggs carefully and the eggs hatch in 24-36 hours after they are laid.

~The young fish stay on the plants for 4-5 days and then they are moved to pits by their parents. When they are shifted to the shallow pits, they are fed with sea organisms.

~The differences in the sexes are not differentiable, at any time, except during the breeding period.

Angelfish, as they have been rightly named, are best known for the vivacious color display and the intricate patterns which are known to change significantly as they grow old! These fruits de la mer are also a favorite in the kitchens of the seafood lovers! 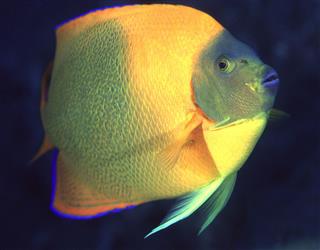 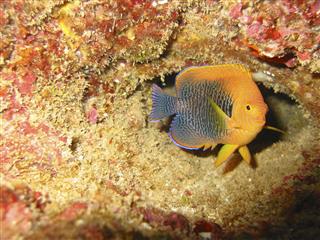 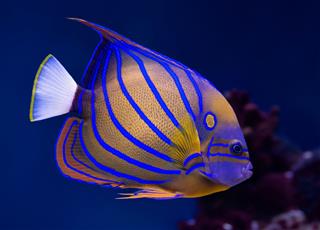 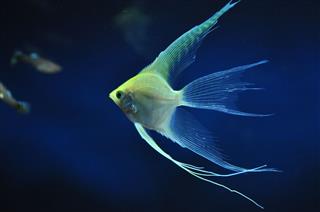 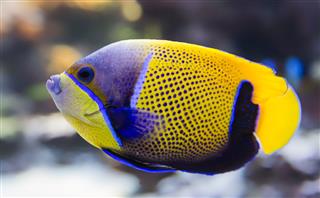 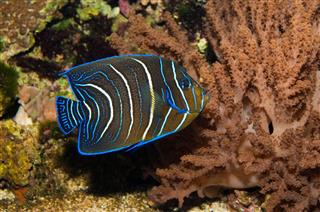 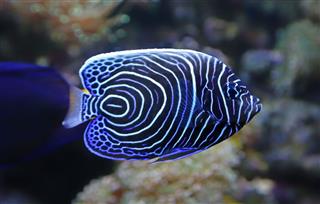