These 5 Types of Tree Frogs Make for Excellent Pets

Of the numerous exotic species which are kept as pets, certain species of tree frogs have become quite popular in various parts of the world. 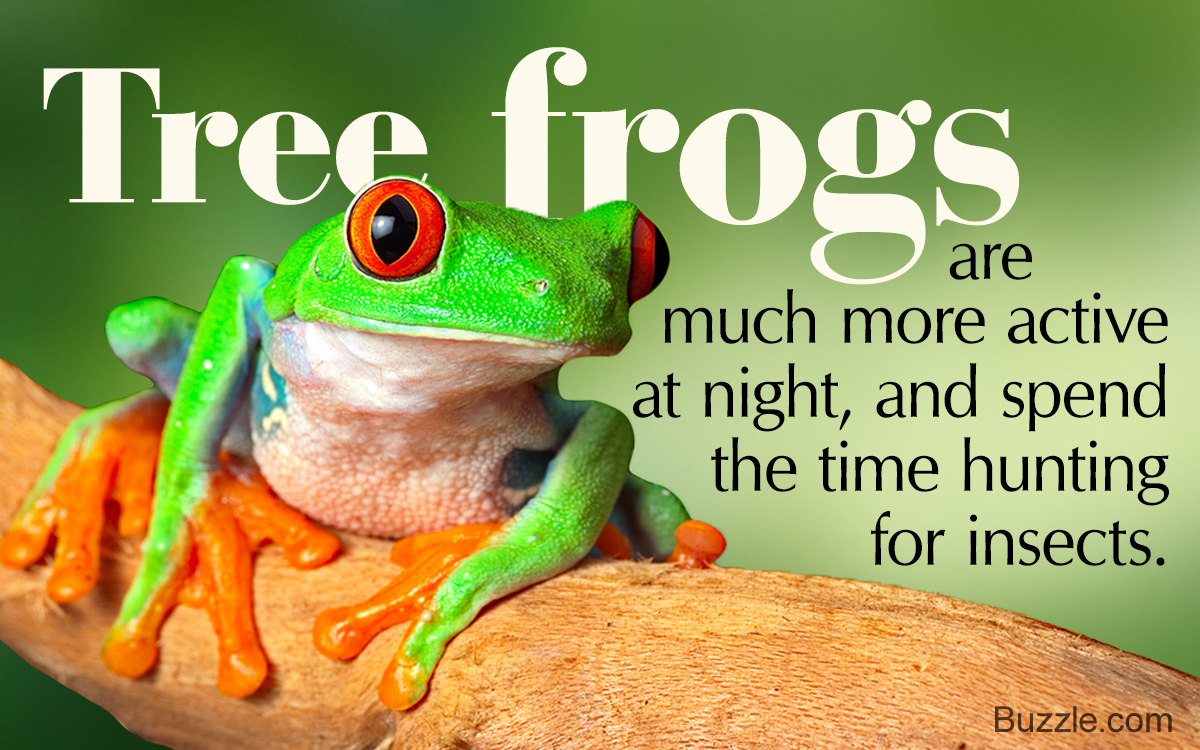 Of the numerous exotic species which are kept as pets, certain species of tree frogs have become quite popular in various parts of the world. 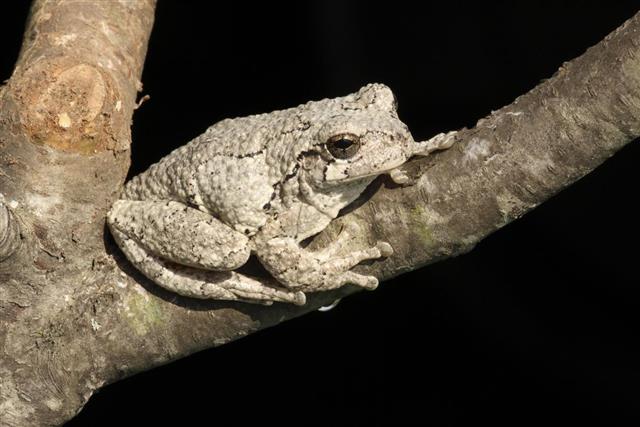 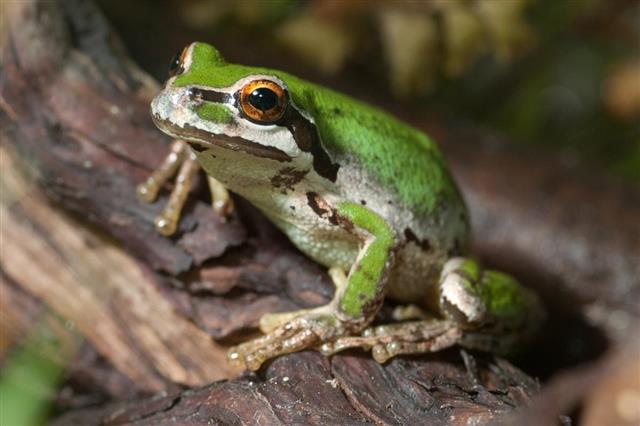 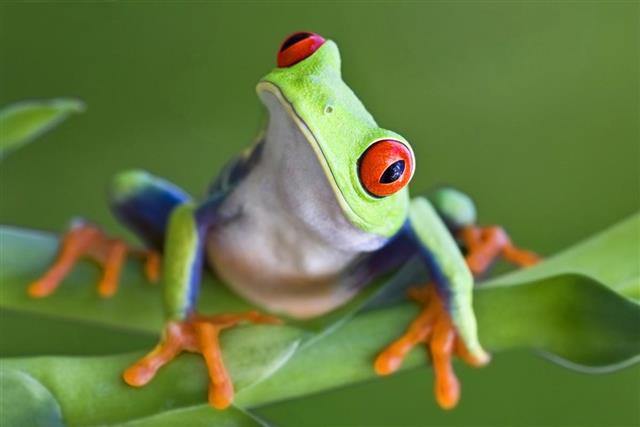 Tree frogs turn out to be excellent pets, especially for those who face a space crunch at their small apartment. There are various species of tree frogs which are considered ideal as pets, but before you get one, you should get well-versed with the particular species as each of these differ from one another and thus, the care they require also varies.

Unlike large pets, tree frogs don’t require much attention. What they do require is a humid place with a small pond or fountain, some branches to perch on, and a place to hide during the day. You will have to make sure that you provide them with surroundings which resemble their natural habitat. Being tree dwellers, they sport remarkable climbing skills, with which they can easily scale the walls of the glass tank. You will have to introduce some long sticks or plants in the glass tank for your pet frogs to perch on. Most of these frogs love small insects, with crickets topping the list of favorites.

With a life expectancy of 6 years and the ability to change color frequently, Pacific tree frogs turn out to be interesting pets. They can be kept in small glass tanks with a substrate made from sphagnum moss, coconut fiber, or soil. The substrate is meant to help the surroundings retain moisture. The Pacific tree frog mainly feeds on insects like crickets, silkworms, earthworms, etc. You will have to place a shallow water dish as a water source for your pet frog. These amphibians require a temperature of around 60 °F during the day, and 45 °F at night. As for humidity, it should be kept at 80 percent, which can be attained by spraying water in the glass tank and keeping the surroundings moist.

Red-eyed tree frogs are bright colored and beautiful, which makes them one of the most sought-after species. They have a life expectancy of 4 years. Ideally, the glass tank wherein you plan to keep this species has to be tall―preferably taller than its width. These red-eyed frogs feed on insect species like crickets, moths, flies, and other bugs. A temperature between 78 and 84 °F is ideal during the day, which can be brought down to 67 to 74 °F at night. The humidity levels of the glass tank have to be maintained between 80 to 100 percent at any given point of time.

There are two subspecies of green tree frogs which have gained wide popularity as exotic pets: the American green tree frog, native to the United States, and the Australian tree frog, native to Australia and New Zealand. The glass tank wherein you plan to keep these frogs should have a substrate made from artificial turf or carpet. You can add items like small branches to the glass tank for the frog to climb. These insectivorous species feed on crickets, moths, flies, etc. When you keep American green tree frogs as pets, you will require to keep the temperature between 68 and 77 °F. A low wattage heat lamp or heating pad, which can be placed beneath the tank, can be used for maintaining the necessary temperature. In order to maintain the necessary levels of humidity, you will have to mist the surroundings with dechlorinated water once in a while.

Gray tree frogs are medium-sized arboreal frogs which are favored as pets in regions where they are found. These nocturnal creatures spend the entire day in a motionless state hiding in the tank. Significant in size, these frogs have a good appetite which makes them feed on almost anything you offer, including various insects and worm species. Other than substrates, you will also have to provide them perches and spots to hide. A water dish can be provided within the tank which will help in maintaining the necessary levels of moisture.

Cuban tree frogs have a large appetite as well; they can eat almost anything that moves. Ideally, this species feeds on crickets, locusts, flies, silkworms, moths, earthworms, etc. You can use soil or live sphagnum moss to create substrate for the glass tank. Branches or small plants will act as perches as well as hiding places for your pet. Ideal temperature for Cuban tree frogs ranges between 78 to 88 °F during the day and around 65 °F during the night. You will also have to place a shallow, but a large dish of water in the tank.

Regardless of which of these species you keep, you will have to take some measures as a part of routine pet care to keep your pet frog safe and healthy. These include using a tall glass tank, sealing the top part of the tank, cleaning the tank regularly, coating their feeds with necessary mineral supplements, etc. Keeping these frogs as pets can be a great experience, but only when you put in enough effort to take care of them. 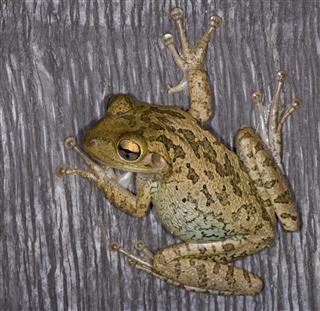 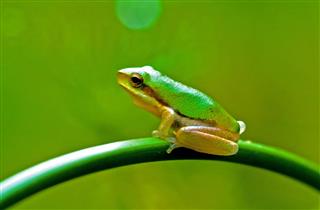 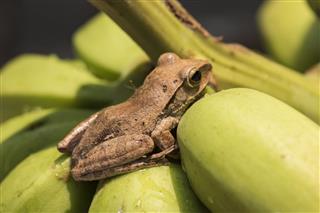 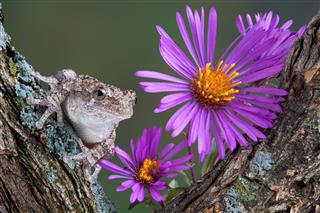 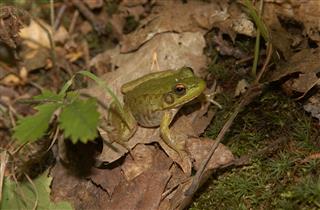 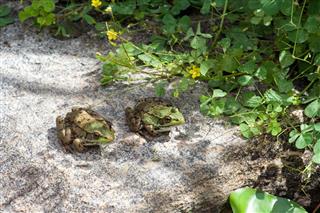 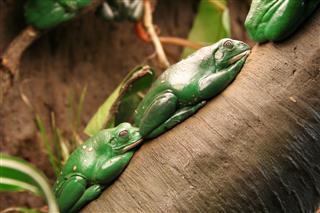 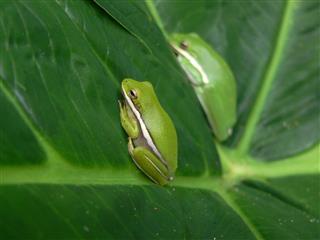 Green Tree Frog Facts
What Do Tree Frogs Eat
What Do Salamanders Eat? Well, Their Diet is Unusually Varied