A Complete Guide to Taking Care of a Green Anaconda

The Green Anaconda, also known as the water Boa, is the heaviest snake that exists on this planet! Because of its massive size and weight, taking proper care requires a lot of hard work and efforts. Read this article to know more about how to take care of a green anaconda! 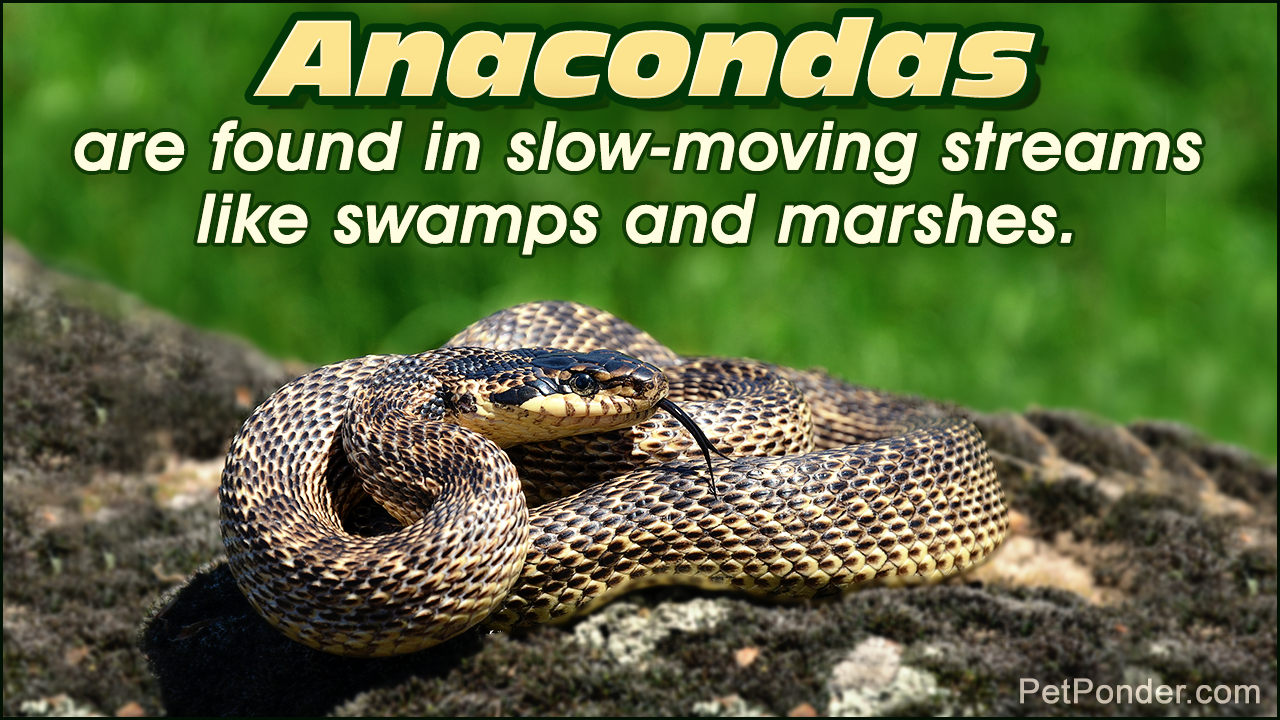 The Green Anaconda, also known as the water Boa, is the heaviest snake that exists on this planet! Because of its massive size and weight, taking proper care requires a lot of hard work and efforts. Read this article to know more about how to take care of a green anaconda!

The Green Anaconda, also known as the Water Boa is the second largest snake in the world after the reticulated python! However, the interesting part is that though it is the second largest snake, it also happens to be the most heaviest snake that has ever been recorded! The largest and the heaviest green anaconda is reported to be a female weighing 97.5 kilograms and measuring almost 17 feet 1 inches long! So, if you are planning to get yourself a green anaconda as pet, then be prepared of their massive weight and measurement. Accordingly, you will have to also be prepared for the space and the eating requirements of this creature. These snakes are non-venomous and are found in various countries in South America including Brazil, Peru, Ecuador, Columbia, Venezuela, to name a few! The prime focus of a caretaker when keeping a green anaconda as pet, would be to provide similar temperature and moist conditions that are found in their natural habitat. The following paragraph is focused on how to take care of a green anaconda.

Taking Care of a Green Anaconda

Taking care of an Anaconda is not an easy job in any way! I mean you are talking about a snake that can grow almost 30 feet tall and can weigh over 100 kilograms!!! So be prepared to take the challenge. Another point to be kept in mind while handling these snakes is that they tend to be very aggressive. So make sure that you have professionals who are there to handle the snake when it comes to cleaning it or its living space. Have a look at some of the basic requirements when it comes to taking care of the Eunectes Murinus. This is another name of the Green Anaconda derived from the Greek term “Ευνήκτης”, which means ‘good swimmer’ and the Latin term “Murinus” meaning ‘the one who predates on mice!’ So this gives us an idea of two must-haves for the pet, loads of mice, and loads and loads of water!

We have already discussed the size of the green anaconda, so it is obvious that you would need space… a lot of space! In fact, the adult snakes would need an enclosure as big as the size of a room. Baby anacondas are around 20-34 inches in length and should be kept in a large terrarium with a minimum capacity of 29 gallon. Keep in mind that you will have to keep increasing its space as they tend to grow very quickly!

Anacondas are naturally found in slow moving streams like swamps and marshes, which contains a lot of humidity! Therefore, make sure that you maintain the day time temperature between 82-85 degrees. The enclosure should also consist of a hot spot which should be kept at 90 degrees. During the night the temperature should be between 75-80 degrees. As far as the humidity is concerned, make sure that you include a lot of damp soil and moss. You can also use cypress, barks and coconut husks to make the room moistened and humid. Make sure that the humidity stays between 75-90%. Daily misting would be necessary for this purpose!

The bigger the size, the more the feed! If your anaconda is young, then you need to feed them once in every 4 days. You can feed them small rodents like mice, hamsters, birds etc. But as they tend to grow bigger and bigger, you would need to feed them rats, small pigs, rabbits and so on. For an adult anaconda, feeding them once in every 7-10 days is alright. As far as their water requirements are concerned, they need a lot of water. So you must provide a large bowl of water so that it can soak itself completely in it.

I guess I have already mentioned as to how aggressive these snakes can get! Therefore they need to be handled very carefully while cleaning their room. Use disinfectant cleaner and do not forget to change the water. Cleaning their space once in a month is mandatory! So whenever you are cleaning the room, make sure that you are not alone and there is help nearby if need be.

Let me remind you that these creatures can grow huge beyond limits and can live up to more than 30 years! I remember that the first time I heard of the term ‘anaconda’ was because of the movie. Though they were portrayed as man eating monsters, no proof of the same has been recorded till date. Most people would not prefer to keep them as pets, but nevertheless, living with an anaconda is something that would be worth a try!