These Unbelievably Fascinating Facts About Clownfish are a Must-read

How much do you know about the clownfish, apart from what you saw in the animated movie, 'Finding Nemo'? Unlike the calm and innocent Nemo, clownfish are highly territorial and very aggressive. So, if you are planning to make a new addition to your fish tank, get ready to see a lot of chasing.

How much do you know about the clownfish, apart from what you saw in the animated movie, ‘Finding Nemo’? Unlike the calm and innocent Nemo, clownfish are highly territorial and very aggressive. So, if you are planning to make a new addition to your fish tank, get ready to see a lot of chasing. 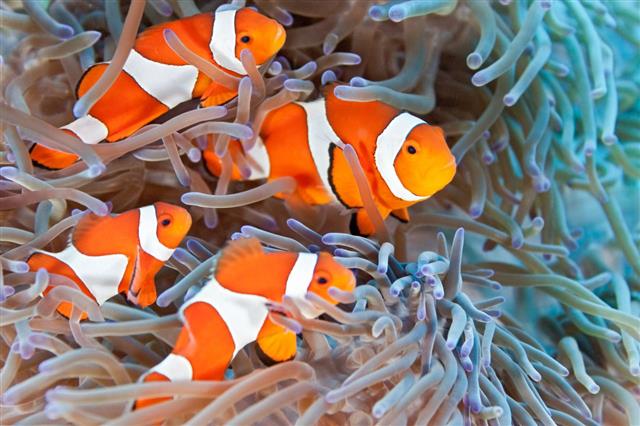 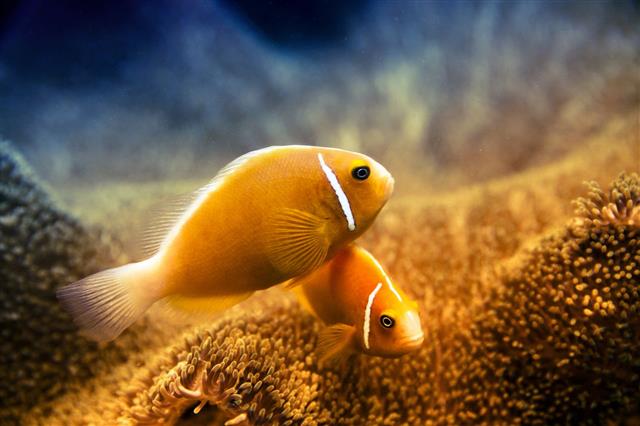 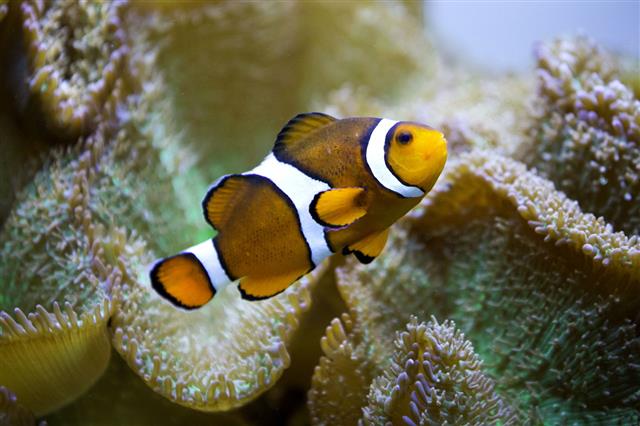 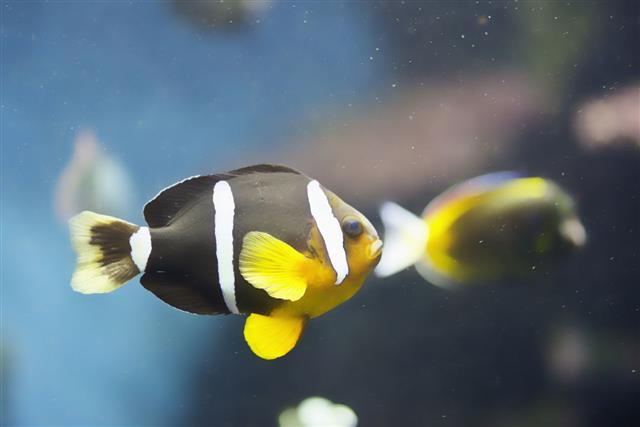 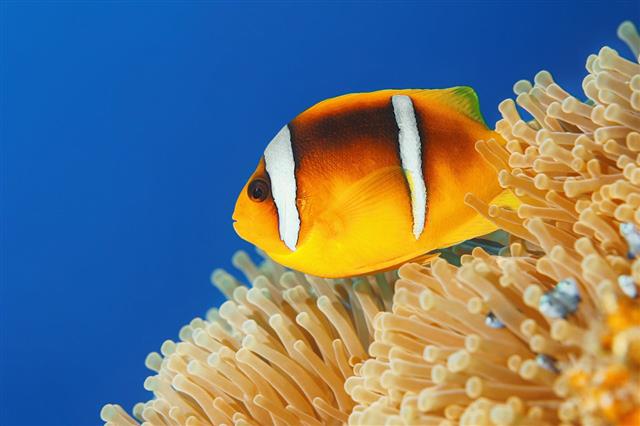 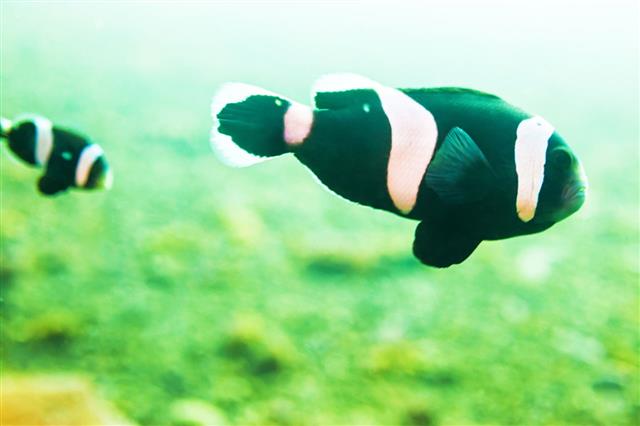 Clownfish came into the limelight ever since Pixar’s animated movie, Finding Nemo became a huge hit. The small, innocent looking Ocellaris clownfish, ‘Nemo’ won everyone’s heart across the world. Clownfish belong to the subfamily Amphiprioninae and are found in various colors. Most of the species have two or three white stripes which makes them easily distinguishable.

Although clownfish are recognized by their bright color and trademark stripes, the orange skunk clownfish is an exception. This particular fish has only one stripe that runs from its head to its spine.

Apart from the usual orange and white color, clownfish are also found in yellow, red, maroon, and black color.

Clownfish prefer tropical waters of the Indian Ocean and Pacific Ocean. They are found in the Red Sea, the Great Barrier Reef in northeast Australia, Japan and the Indo-Malaysian region.

There are 28 species of clown anemonefish and they live at the bottom of the sea, amongst the coral reefs. They are one of the very few fish that can co-exist with anemones.

Clownfish are covered in a layer of mucus which acts as a protective shield from the harmful tentacles of anemones.

Their average size is about 2 to 3 inches. However, the Gold Stripe Maroon clownfish is the largest species and can grow up to 5 or 6 inches.

All clownfish are born males but can later change into a female fish, in order to spawn. When a female in the shoal dies, the most dominant male takes its place by changing its sex.

Clownfish live in small groups and are extremely territorial. They don’t even swim far from their respective anemone, in the fear of losing it to some other male.

The average life span of the clownfish in captivity is 3 to 5 years. However, in the wild, they can live up to 10 years.

They are omnivores. They feed on small invertebrates that might harm the anemones. They also survive on the leftovers of sea anemones’ food which include other fish and shrimp. Other than that, they feed on algae, plankton and mollusks.

If divers or other fish come close to their host anemones, clownfish do not hesitate to attack them. These fish use their small teeth to ward off their enemies.

A clownfish lays about 100 to 1000 eggs; all of which might hatch. The female fish usually chooses a rock in the warm water to lay the eggs, which are looked after by the male.

Interestingly, the eggs are laid on a full moon and they hatch after 6 or 10 days, usually 2 hours after dusk. 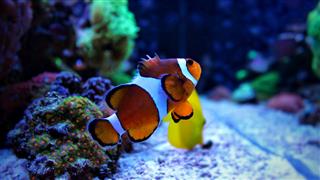 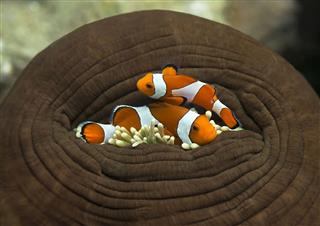 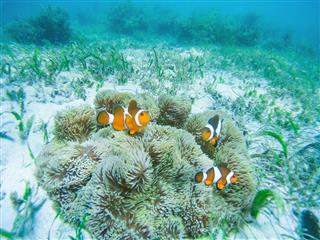 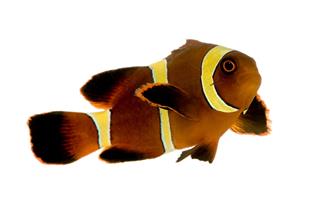 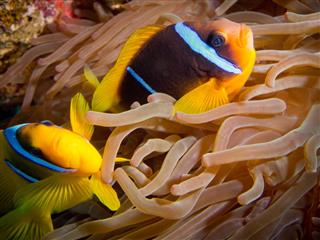 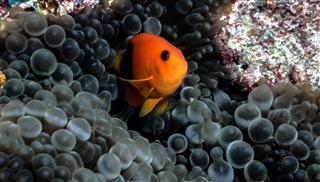 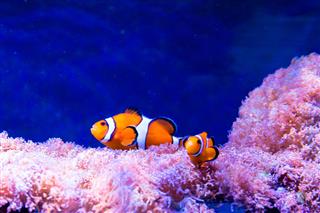 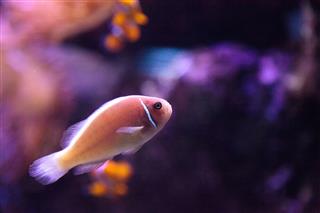 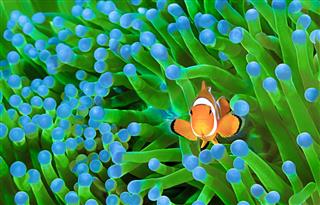 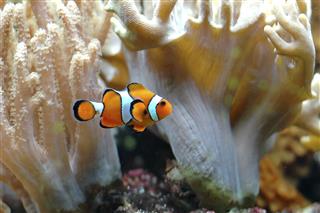