The wire-haired dachshund is a high-spirited canine breed, which has its roots in Germany. If you intend to keep it as a pet, here are a few things that you need to keep in mind.

The wire-haired dachshund is a high-spirited canine breed, which has its roots in Germany. If you intend to keep it as a pet, here are a few things that you need to keep in mind. 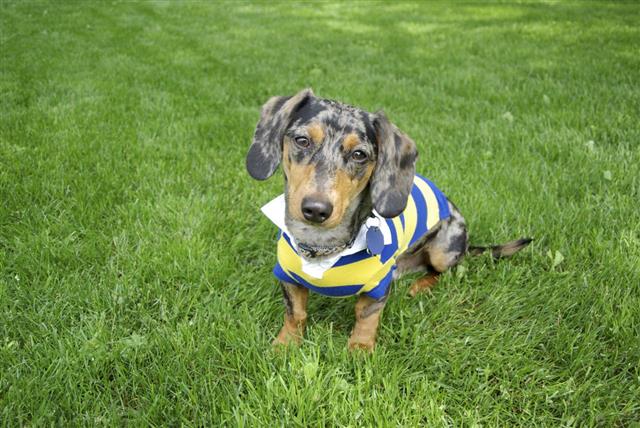 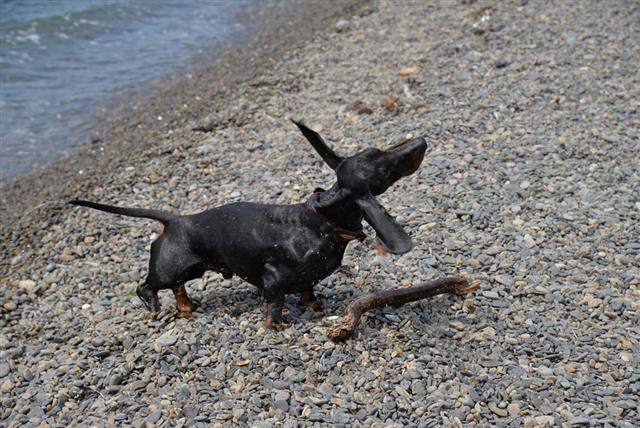 The dachshund is a canine breed noted for its long, brawny body, and short, stubby legs. The word Dachshund has been derived from German words―Dachs, which means a badger, and Hund, meaning a dog. That can be attributed to the fact that these dogs have a weird habit of digging holes in the ground―just like badgers. Interestingly, dachshunds are widely used for tracking hunted deer. These dogs are very affectionate and intelligent, and highly suitable as pets because of their manageable size and convivial nature.

The wire-haired dachshund is a subtype of this breed, which shares a strong resemblance with other terrier breeds. They were created around the late 19th century by cross-breeding German Wire-haired Pinschers and Dandi Dinmont Terriers. Its short, long, and slender body does make it an unusual looking breed, but it exhibits similar qualities like its peers. This particular sub-breed has a distinguishable hard outer coat with a softer coat below. It comes in various colors, right from black and gray to different shades of red. It has a furry tail and a rigid frame.

Dachshunds are ideal for aesthetic grooming, and their mild temperament and inexpensive maintenance make this breed relatively easy to care for. Their coat can be washed with any good-quality canine shampoo and brushed to avoid tangles. Additionally, it has to be plucked at least twice a year. The hair on the top of their head should be kept short and the excessive hair between the pads of their feet trimmed. The breed is pretty susceptible to shedding and should be subjected to proper care, so that they don’t suffer from a patchy coat later.

Back problems are common in wire-haired dachshunds, which perhaps has something to do with their unusually long back, and therefore, pet owners need to be vigilant and prevent its access to elevated places in order to curb this problem. Its ears are also prone to accumulation of damaging bacteria and fungi. They should be cleaned and checked regularly to avoid any sort of infection. Visiting a local veterinary regularly is also highly advisable. Firm and consistent dog training should be imparted from a very early age, because they are known to wander astray.

As for their personality, it is slightly different from that of their peers. They are brave, curious, and dominant. Their energetic and feisty spirit makes it difficult for the owner to handle them at times. But otherwise, they are quite affectionate dogs, who like to socialize with humans, given that they have been brought up in a healthy environment. Wire-haired dachshunds are also referred to as ‘comic dogs’, because of antics like digging holes in the ground.

Owing to their inherent hunter instincts and stubborn nature, wire-haired dachshunds are slightly difficult to train. They can snap at strange children and adults, but are otherwise amiable in nature and can surely win everyone’s hearts―young and old alike.

With proper diet and exercise, they have a lifespan of anything between 14 – 16 years. So, longevity is not really an issue as far as this breed is concerned. They do have a propensity to gain weight, which is not good for their health, primarily because of their elongated spinal cord. Any high-quality dog food is acceptable in terms of nutrition, vitamins, and minerals. Their food habits should be closely monitored, because they too eat a lot of food―like all young and growing dogs.

Their active disposition should be catered to by providing them ample exercise. One should always keep a check on their activities, as they tend to wander off, if let loose. These dachshunds do not have any road sense and hence, need to be monitored closely if not on a leash.

Wire-haired dachshunds are suitable for those who wish to own a cheerful dog with high aesthetic value, who will also serve as a good watchdog. 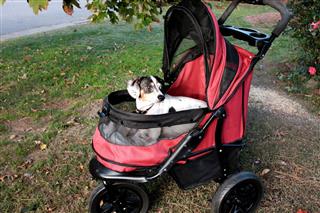 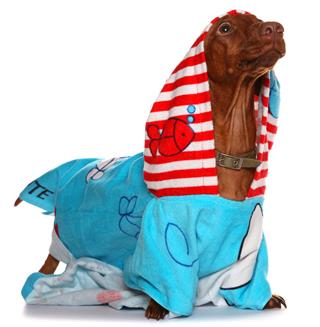 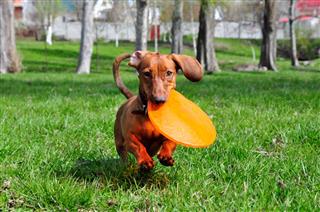 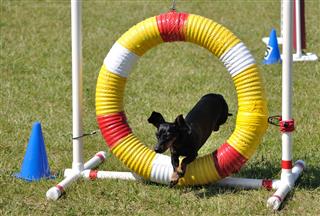