What Happens to Retired Police Dogs?

K-9 police dogs spend most of their lives risking life and limb in protecting human law enforcement officers from danger in the line of duty. However, what happens to these selfless police dogs once they have passed their prime and retire, and can we help in any way? Let's find out... 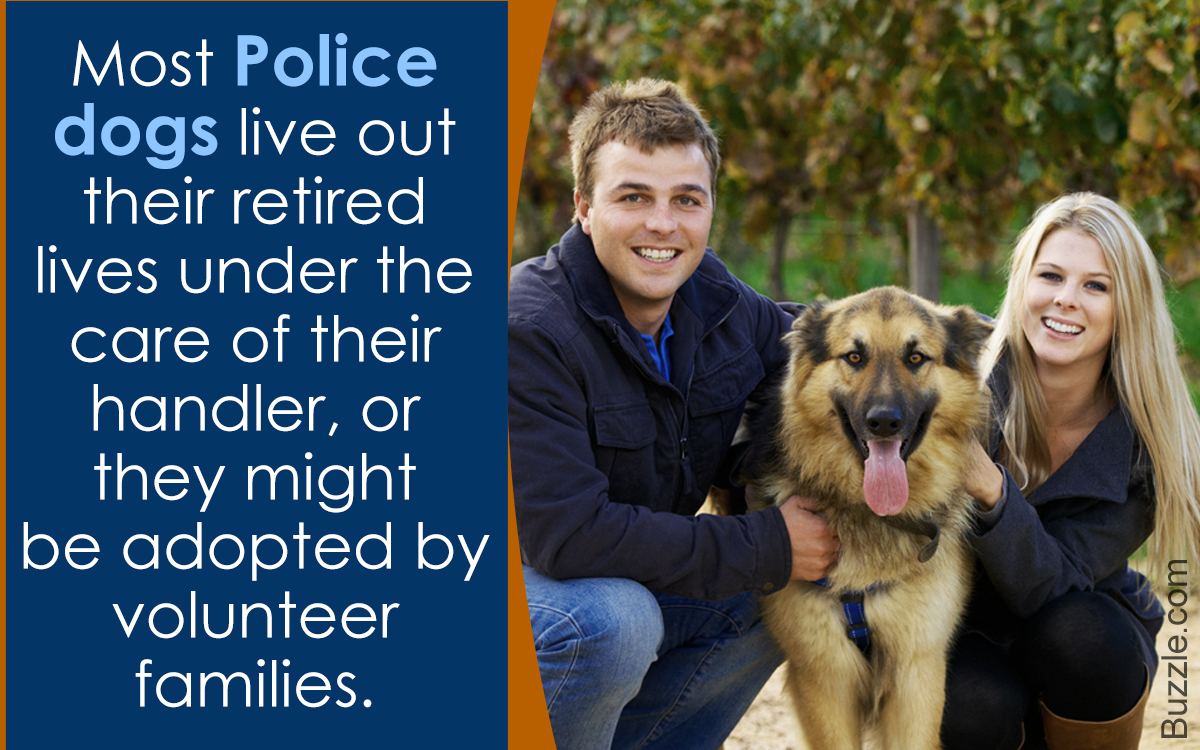 K-9 police dogs spend most of their lives risking life and limb in protecting human law enforcement officers from danger in the line of duty. However, what happens to these selfless police dogs once they have passed their prime and retire, and can we help in any way? Let’s find out… 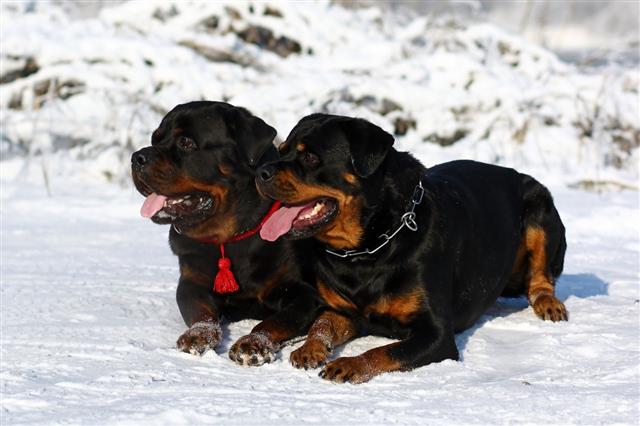 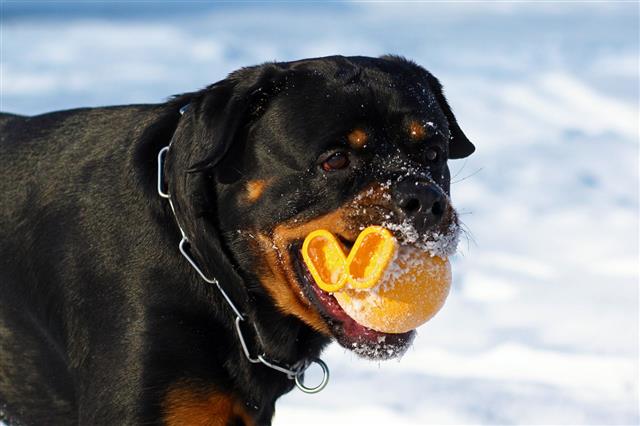 Between 2002 and 2012, as many as 288 military service dogs were euthanized by the British Ministry of Defense. These included a Belgium Shepherd and a German Shepherd who guarded Prince William while he was in the RAF. The primary cause behind this is that, unlike the United States, Britain does not have a pension policy for retired dogs, and the cost of their maintenance falls onto their handlers, who are often unable to afford such expenses.

Commonly used by the armed forces and police personnel, K-9 dogs are specially trained to detect bombs, drugs, lost people, dead bodies, forensic evidence, and also to protect their handlers. Only the best specimens are chosen to be trained as the best police dogs to serve the country.

These driven, enthusiastic, and selfless soldiers throw themselves fearlessly into their tasks with every bit of energy. Through their years of service, regardless of the tasks or the working conditions, they can be counted on to perform their duty to the best of their ability. Truly, K-9 dogs deserve the best that they can get. However, what really happens to these canine heroes after they have outlived their usefulness? Do they really get all that they deserve?

What Happens to Retired Military and Police Dogs?

Until 2000, all police and army dogs in the US were considered as mere tools in war and law enforcement. As soon as these dogs became too old to work, or had a bad injury, they were retired from the force and put to sleep, much to the agony of their handlers. However, in 2000, Robby’s law was introduced, which not only gave canines an official status in the police and armed forces, but also provided them with a regular pension after retirement, right to the end of their lives. To add to this, these dogs could now be adopted by their handlers and even certain civilian families. So, retired military and police dogs of the United States can now look forward to a relaxed and happy future.

Most breeders keep their retired bitches and studs with them till the end, as adjusting a grown dog with new owners is not an easy task. Similarly, retired police and military dogs go under their handler’s care as a first priority, as both man and animal have already bonded very closely.

When handlers consider adopting their retired dogs, several emotional and logistical concerns have to be studied. As K-9 handlers will be assigned new dog partners, they will have to learn to handle the needs and the dynamics of the relations between the two animals and themselves. This can be a problem if the dogs are male and female, or if the old dog is jealous of all the attention that the handler is giving the newbie. Also, the expenses and effort of care, shelter, and medical requirements also double. As these dogs have been so active and busy all their lives, the sudden change to a sedentary lifestyle can be disconcerting, leading to problems like excessive digging, chewing, barking, etc., and might require serious behavior modification training. Despite all these challenges, most handlers do not give up on their dogs.

Since the bond between a dog and its handler is usually very tight, very few retirees need to be put up for civilian adoption. However, in case of the handler’ death, or any other unlucky complication, the dog has to look for new pastures, which is where civilian families come in.

Can You Adopt a Retired Police Dog?

In the rare case where a handler cannot take care of his former K-9 partner, or when a dog fails the training program, what happens is that, they are put up for adoption for civilians. However, for prospective owners, the process of adoption can be a tough one. First, candidates have to fill in an application about themselves, which will help the coordinating staff find the best match between the family and the dog. After this, the candidate has to go through an interview with a placement specialist. In the interview, the expectations and experience of the prospective new owner, along with the living arrangements for the dog will be determined. Home inspections and interviews with all the members of the family are conducted, following which an applicant is informed whether they have qualified or not.

If the candidate qualifies, they are then placed on a waiting list, which can go up to a year or more due to the high demand for these animals. Depending on the prior experience of the candidate, and the temperament of the dog, the animals are then categorized and sent to their new owners, who are likely to form a good bond quickly with their new pet. People who have experience with handling specially trained animals, the financial resources to provide for shelter, and proper means for care and medical attention, have a better chance at success.

Qualified applicants have to pay for the transportation costs of moving the dog to its new home. After adoption in a civilian family, the dog loses police/military status and benefits, and is considered an ordinary pet. However, volunteer service programs can provide limited support services to the family whenever needed. Sadly, in a few cases, some of these dogs become too aggressive (possibly from PTSD), and cannot be re-homed. In these cases, euthanasia is used as the last resort.

Although there are no clear statistics to show how old police dogs are when they retire, the estimated range is around 7 – 9 years of age. However, this calculation is dependent on the physical and mental condition of each dog. Although rare, a dog which has been injured, diseased, or is not performing up to standard, will be considered for retirement, regardless of the age. Most retired dogs only have a few years of life left, along with old age issues, or multiple injuries. Therefore, it might be a little tricky to get them adopted.

Having said that, getting a police dog home has several advantages, and as long as they are alive they make amazing pets. We shall take a look at some of the perks of getting a retired police dog home:

So, if you feel that you have the right resources to offer these four-legged canine heroes a great new home and a dignified life, make sure to enroll with your local police station for more information on adoptions, and its requirements. Best of luck!