What Do Skunks Eat

The answer to 'what do skunks eat' is, a wide variety of foods including fruits, insects, larvae, worms, eggs, small mammals, and fish. This article presents more information about skunks and their eating habits.

The answer to ‘what do skunks eat’ is, a wide variety of foods including fruits, insects, larvae, worms, eggs, small mammals, and fish. This article presents more information about skunks and their eating habits. 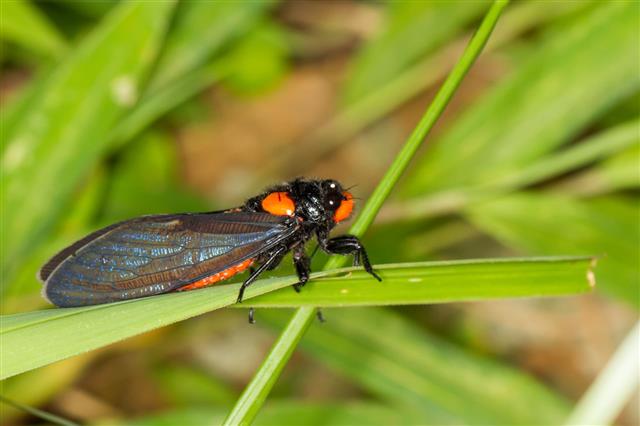 Skunks are mammals with distinct black and white coats, that are well-known for a defense mechanism that allows them to spray their enemy (or a perceived enemy) with a strong, hard-to-remove, foul-smelling substance. There are 10 species of skunks, and they are distributed throughout Indonesia, the Philippines, and the Americas, from Canada to central South America. The smallest among them are the spotted skunks, weighing in at about 200 grams to 1 kg. On the other end of the scale are the hog-nosed skunks, which can weigh up to 4.5 kg and are the largest in size. Skunks have broad, squat bodies, short limbs with strong claws, and often a thick furry tail.

Skunks’ Eating Habits in the Wild

Skunks eat both plant and animal material, which makes them omnivorous animals. They eat berries, leaves, roots, grasses, nuts, and fungi. They also eat insects and larvae, small rodents, earthworms, lizards, moles, salamanders, snakes, frogs, birds, and eggs. Their eating habits change with the seasons. They are opportunistic eaters, and modify their diet according to the available resources. Skunks are also very fond of honeybees, and are able to safely prey on them owing to their thick coats. In order to get to the bees, they scratch at the front of the beehive, bat the bees that emerge out of the hive, and eat them. This technique is taught and passed on to their offspring. Skunks like to forage and eat during the night.

All skunks, even the striped ones, eat the same things. The diet does not change according to the type. Of their omnivorous diet, about 70% is made up of insects. Apart from bees, they may also attack ant nests with the objective of feasting on them. Skunks that live close to human settlements, frequently find their way into garbage cans, and sometimes also into garages or basements where pet food is kept. Much to the annoyance of people, they are found digging holes in lawns in search of grubs and worms. They occasionally eat bird and rodent carcasses left behind by cats or other animals.

The smell-inducing ability that has made skunks well-known is actually a defense mechanism, only used when the animal is threatened or injured. Skunks secrete a sticky, foul-smelling substance from their anal scent glands, and lift their tails while spraying it onto the threat. Stink badgers, also part of the same family, can spray over one meter, though there are some skunk species that can get an attacker who is even 6 meters away! However, they do not spray without a show of defense. When faced with a presumed threat, skunks will turn towards it, raise their tails with hair standing on end, and may even stomp on the ground. At times like these, they have also been witnessed to stand on their forepaws in a “handstand”. If they consider the threat serious, they will bend their bodies, aim their hindquarters at the threat, and spray!

Skunks and stink badgers are most active during the night. They spend the daytime hours in burrows or hollow logs. In many places, skunks confine themselves to their dens during the winter months, usually in communal dens that help conserve energy. During this time, they survive mainly on fat reserves, but do not enter deep hibernation.

Now you know not just what skunks eat, but also a significant amount about the species. Some populations of skunks are considered rare or even threatened due to the demand for their fur. Other threats come in the form of habitat destruction and killing by humans, either accidentally or to control the spread of rabies.