What Do Scorpions Eat? The Answer Might Shock You

Scorpions are one of the oldest living arthropods, with a number of unique food habits and survival skills. They are also extremely popular as exotic pets. The following article describes some of the interesting dietary habits of scorpions.

Home / Pet Types / Insects & Spiders / What Do Scorpions Eat? The Answer Might Shock You 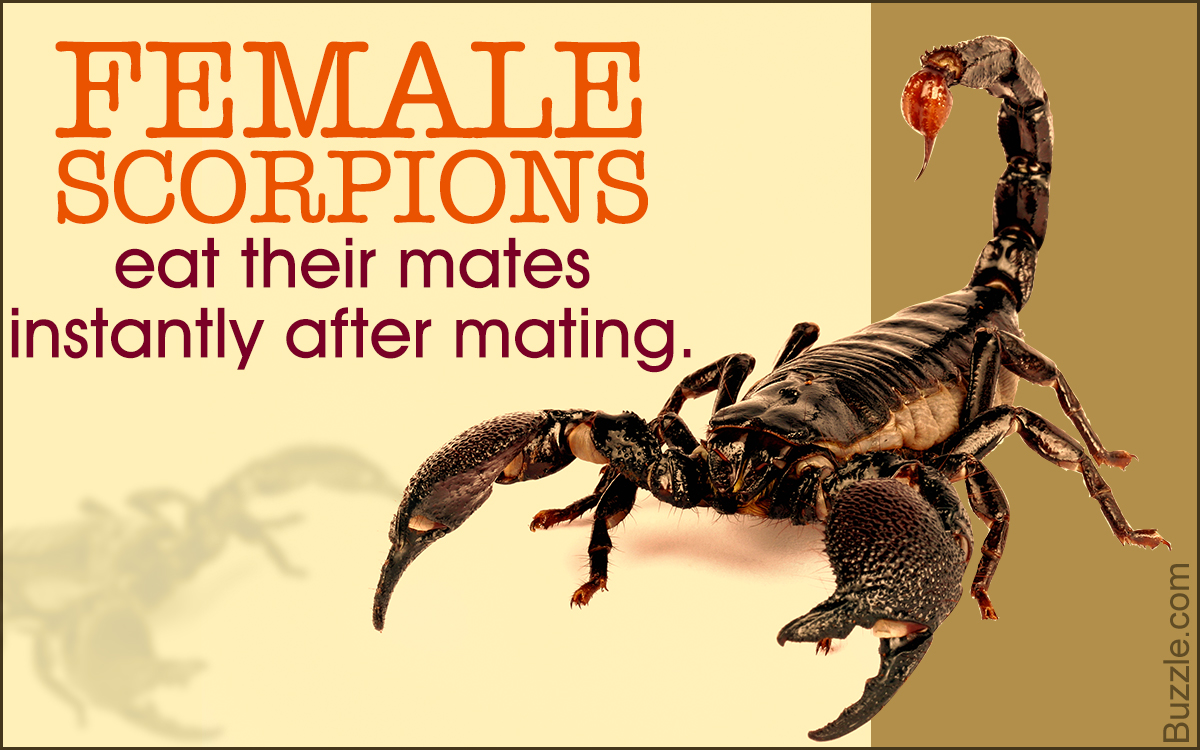 Scorpions are one of the oldest living arthropods, with a number of unique food habits and survival skills. They are also extremely popular as exotic pets. The following article describes some of the interesting dietary habits of scorpions. 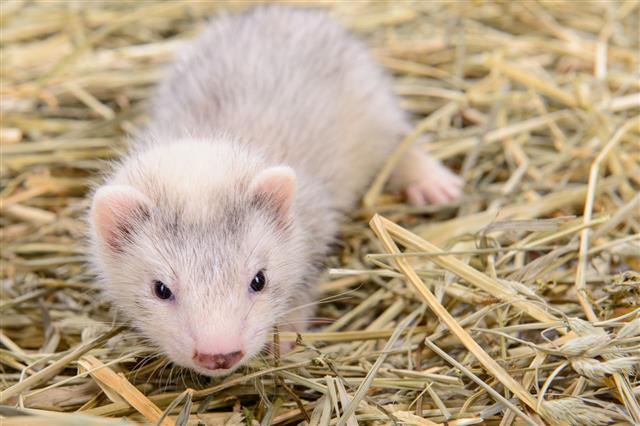 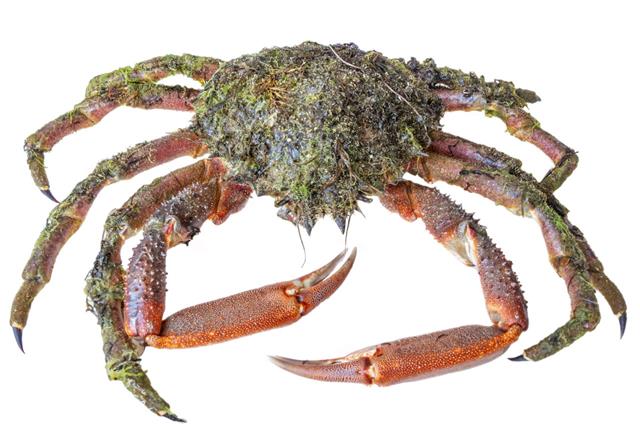 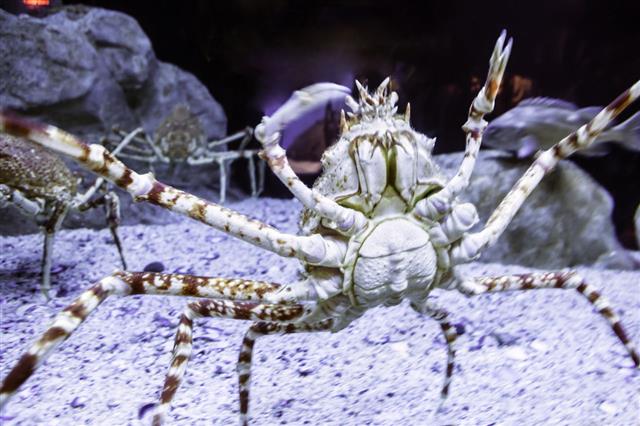 Members of the arachnid family, and closely related to spiders, ticks and mites, scorpions have been around for 400 million years, making them one of the oldest living, terrestrial arthropods. Found in nearly every habitat around the world from the dense grasslands, to tropical forests, deserts and mountains, these hardy creatures are known for their adaptable lifestyle, low metabolism, and the extremely famous, or rather infamous, sting in their tail.

The pointed stinger and body shape may have earned the scorpion a bad reputation, but in truth among the 2000 known scorpion species, only forty scorpions have venom strong enough to kill humans. Most of the poisonous scorpions are found South America, India, Middle East, Mexico and Africa. They have also become extremely popular as pets thanks to their sturdy constitution and seemingly calm temperament. This has raised questions about appropriate scorpion care, especially the diet of scorpions. Here is a detailed account of what scorpions eat in wild and in captivity.

What Do Scorpions Eat in the Wild?
Scorpions are nocturnal, that is they hunt and feed at night. During daytime, they are confined to burrows, under the rocks and cracks. These carnivorous arthropods eat only live prey. The larger-sized scorpions often dig out the prey like spiders and lizards. Based on their habitat and living conditions, most scorpions in the wild will feed on:

Unlike popular notion, scorpions do drink water. In wild, scorpions can drink from water sources like small pools or puddles. They also get water from the consumed prey. The baby scorpions are fed by the mother who carries them on the back till they molt for the first time.

Wacky Romance!! The scorpions like certain spiders and mantises, tend to eat up their mates after the mating is over. Once the scorpions have mated, the male scorpion shuffles away quickly, to prevent becoming the female’s dinner!
What Do Scorpions Eat in Captivity?
Scorpions especially emperor scorpions are extremely popular as pets, as they are easy to care for. Unlike scorpions in the wild, the diet of a pet scorpion is extremely restricted. Most of the adult scorpions will feed only twice a week. Some of the foods that a scorpion in captivity have are:

Water has to provided by soaking cotton ball in water, or placed in a shallow dish in the scorpion tank. Baby scorpions that molt for the first time, and are separated from the mother, can be fed small baby crickets and other small feeders. The scorpions being nocturnal, are best fed at night.

It is important to note that scorpions eat live food. To keep a regular supply of food for the scorpion, you have to buy crickets from pet stores, and place them in a tank. The pet stores also offer cricket food, or it is easy to make cricket food at home with fresh fruits, vegetables or rolled oats. Since the nutrition would be passed on from the cricket to the pet scorpion, it is important to feed the crickets nutritional foods regularly.

How Do Scorpions Eat Their Prey?
Like other members of the arachnid family, scorpions have four pair of jointed legs that have sensory hair. The hair can detect vibrations from a prey which is about a foot away. It also has venomous stinger to subdue the prey, along with two pairs of chelicerae, positioned on either side of the mouth to hold, and rip apart the prey. Although they have a number of eyes, the vision of a scorpion is extremely poor. This is why they rely on other sensory organs to detect an approaching prey.

When the scorpion catches an insect or any other prey, it does not gobble it up instantly. Instead it first stings the prey with powerful venom to kill it, and then secretes an enzyme through the chelicerae to breaks down the insect matter into an easily digestible matter. The liquified parts of the prey are then sucked into the stomach by a pumping action. The external digestion helps the scorpion derive the maximum nutrients from its prey without having to exhaust its energy in internal digestion. The entire process of eating and digesting food is quite slow, and it can take hours.

How Long Can Scorpions Live Without Food?
Scorpions have an astounding ability of slowing down their metabolism, reducing it to one-third of the normal metabolic rate. This can be a boon during the times when food is scarce. In fact with the slow metabolism and minimal activity, scorpions can survive by eating just one insect in a year! This allows scorpions to thrive in an extremely harsh environment as well. A long hibernation does not mean that a scorpion would forget hunting. When the prey is close, even the most inert scorpion would spring into action just as quickly.

Their unique food habits and survival skills allow the scorpions to survive for years, making it one of the longest-living species in the arachnid family. Instances of scorpions being frozen for a night, and then walking away the next morning unharmed have only confirmed this fact. 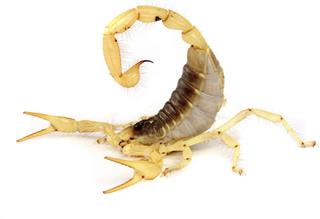 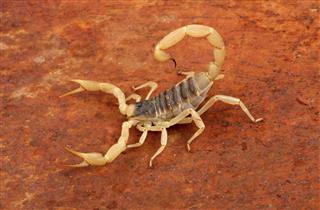 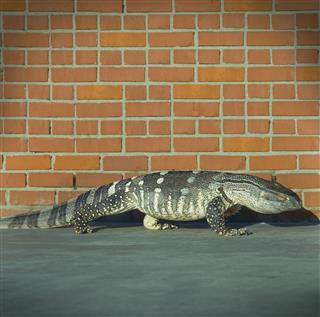 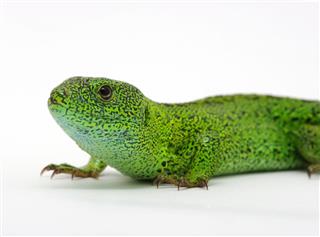 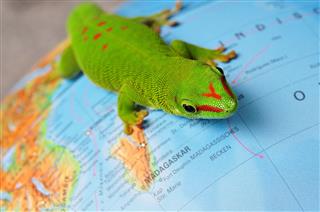 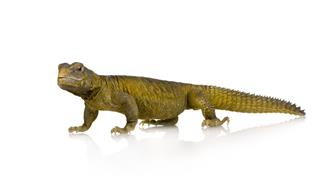 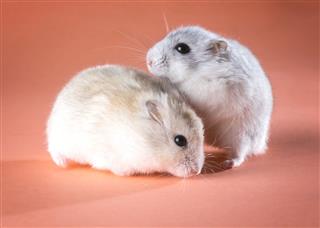