What Do Minnows Eat? You Asked, We Answered

Minnows are small fishes which are often called 'bait-fishes'. They adapt to any climate and condition. Their habitat includes both wild and captive setting; hence, they have different food systems. PetPonder gives information on what they eat in a given ecological surrounding.

Home / Pet Types / Sea Creatures / What Do Minnows Eat? You Asked, We Answered 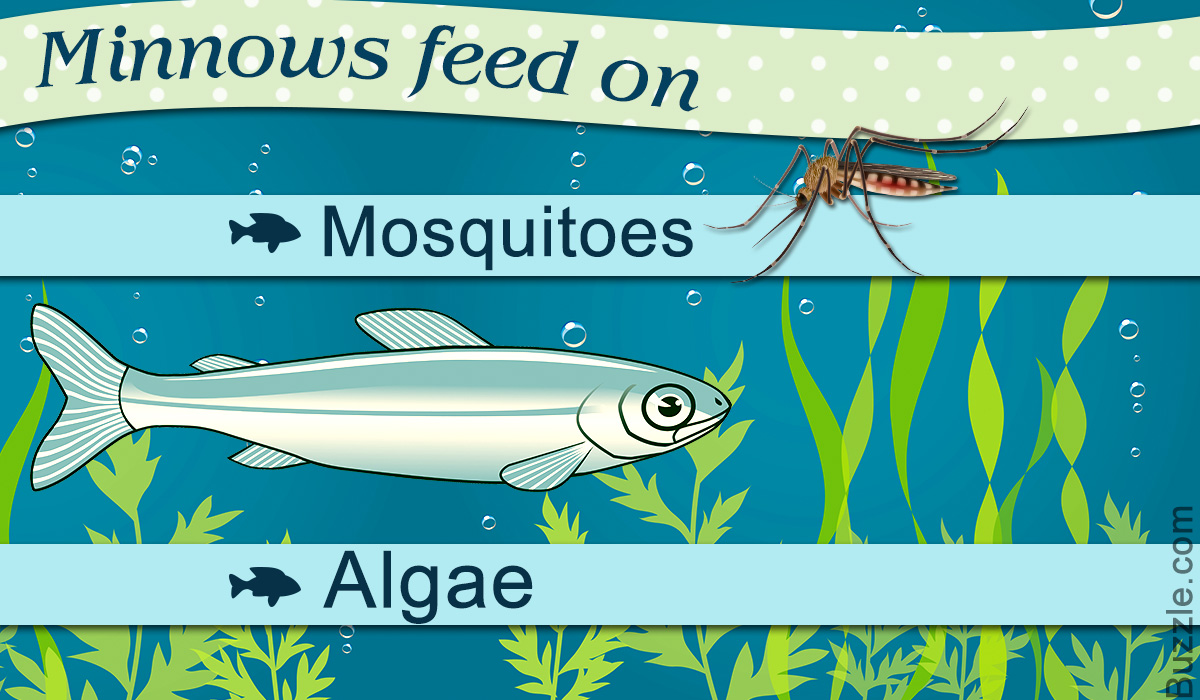 Minnows are small fishes which are often called ‘bait-fishes’. They adapt to any climate and condition. Their habitat includes both wild and captive setting; hence, they have different food systems. PetPonder gives information on what they eat in a given ecological surrounding.

Goldfish are a type of exotic ‘Minnows’. They were the first ones in the fish family to be domesticated as pets.

‘Minnows’ belong to the Cyprinidae family of fish which is native to North America. They are small, silvery fishes which are mostly 4 inches in length, and have a lifespan of three to four years. The most common, native American species are creek chub, fallfish, golden shiner and common shiner, the exotic freshwater fishes include goldfish and carp fish. Other varieties like Bluntnose minnows and fathead minnows are commonly raised as bait fish.

They adapt to a variety of ecological conditions and thrive well in freshwater, brackish water, headwater bogs, swamps, springs, ponds, and lakes. Spawning of bait or pet fishes is done in dechlorinated water tanks at temperatures ranging between 65 to 85 degrees Fahrenheit.

Goldfish is the most popular freshwater minnow. It thrives on marine plants and meat, and can live up to 40 years in its natural habitat. In pet aquariums, it can survive up to eight years. Crap fish is found in abundance in Asian and European countries. It was introduced in the U.S. only in 1876. It feeds at the bottom of the lake and makes the water muddy, hence, it is considered a nuisance. Common Shiner is often used as bait fish by fishermen when catching larger fishes. Fallfish is considered the largest minnow fish as their length is 16 inches.

Fathead minnows are mostly cultivated as bait fish. They can thrive in muddy water as well as fish farms, hence, they are very adaptive. Known to be ravenous predators, they feed on brine shrimp; in captivity, they feed on fish food in either flake or pellet form, decomposed matter at the bottom of a pond, lake, or stream, and small water insects. When attacked, they produce Schreckstoff, a skin cell substance to warn other fishes in their vicinity of the lurking danger.

In breeding tanks, their diet consists of tropical fish flakes, frozen shrimp, blood worms, bread crumbs, plants, brine shrimp, and vegetables. They preferably snack on food that sinks into the tank rather than the ones that float on top.

As the minnows snack on a wide variety of foods which are easily available in the environment, they are used as laboratory test organisms to conduct chemical and pesticide tests on them so as to determine whether those chemical products are safe for wildlife. If they react to the given chemicals, it is assumed that the other organisms in the wild will also get affected.

Right diet is important to the health of the fish, whether wild or pet. Food items on the minnows diet menu are easily available. A local pet store, a household kitchen, specialty retailers are some places where you can find a quality diet for your minnow. They make caring for and feeding a minnow much easier.