What Do Chipmunks Eat? You’ll Be Surprised to Know

Chipmunks are omnivorous rodents that have a taste for fruits and nuts as well as worms and the occasional bird egg! Read the following article to get details about the diet of chipmunks.

Home / Pet Types / Rodents / What Do Chipmunks Eat? You’ll Be Surprised to Know

Chipmunks are omnivorous rodents that have a taste for fruits and nuts as well as worms and the occasional bird egg! Read the following article to get details about the diet of chipmunks.

Bird seeds and peas are one of the favorite food items of chipmunks.

Though apple and cucumber are too big for them to eat, but you can’t stop the chipmunks from any of them.

As they are omnivorous, their diet includes grasshoppers, small birds and bird eggs.

It’s no use hiding sweet corns and grapes from chipmunks, they can find and eat it any way.

Sunflower seeds and different types of grass are a part of favorite food item list.

It’s not only mushroom, but, chipmunks like eating maggots and mealworms too.

When it comes to flowers and fruits, chipmunks love eating berries and dandelion.

Flowers like thistle and flower bulbs of certain plants are a part of chipmunk’s favorite diet menu card.

Chipmunks are basically omnivorous. Which means that they eat both plants and animals. Their food, therefore, naturally consists of a lot of variety. They primarily eat nuts and seeds, insects, different types of grains, the eggs of certain birds, small birds (rarely), various types of fungi and worms, varied plants and grasses and raw vegetables and fruits.

Chipmunks will also require small insects in their diet. These include mealworms, crickets, maggots and grasshoppers. While they hunt for all these in their natural habitat, in case of pet chipmunks, make sure that there are no insecticides and pesticides on the plants that they eat from. This can be very harmful and even fatal for them.

Other than the natural foods that they eat, it has also been observed that they enjoy quite a few varieties of ‘human food’ (for the lack of a better term). They have been known to eat bread dough, sugar, cookies, baked goods, bread pieces, chips and the like. While they eat all these items with great zest, their intake has to be carefully monitored. Too much sugar or bread can be quite harmful for their system and bones, thus causing them great harm. This stands especially true of people who are planning to keep them as pets. Chipmunks, which are in contact with humans, will even eat odd tidbits that are handed out by humans. This is one thing I have particularly noticed because I do have one such visitor in my terrace apartment. This little chipmunk is ready to have any bits and bites of my breakfast item.

♦ Originally, the name ‘chipmunk’ may have been spelled ‘chitmunk’, which means the red squirrel. Some of the other versions of the names include – chipmuck and chipminck. In the 1830s, they were also known as chip squirrels.

♦ Chipmunks use sounds as well as gestures to communicate. They use a variety of sounds for the same. One of these could be the loud chip-chip-chip combined with a strong beating of the tail.

♦ The chipmunk lives in the ground by digging burrows or tunnels into the soil. These burrows are generally two inches in diameter. They use their front paws (which have sharp claws) to dig the burrows. They, however, do not leave any mound of dirt around the burrows. These burrows also have other exit areas for their occupants. They serve as a place to rest and also double up as a storage area for food.

♦ Generally, chipmunks line the bottom of the burrow with leaves and grasses. This is done to provide a comfortable area to rest.

♦ They are also known to dig separate burrows after the main burrow. The first tunnel which is dug is known as the working tunnel. This is where the chipmunks rest as well as use it to give birth to young ones. The other rooms are used to store food.

♦ The number of rooms or spaces in a tunnel or burrow depends upon each chipmunk. Sometimes, some of them may have only one chamber whereas some may prefer to dig additional rooms.

♦ The mating period for a chipmunk begins from the month of February to April. They have around 4 – 5 young ones, twice in a year. It is the female that carries the grass and the leaves to their young ones. Babies are carefully watched over by the mother, especially when they step out of their burrows.

Chipmunks are definitely very interesting creatures. If you’re planning to get one as a pet or are trying to figure out what to feed the consistent visitor on your kitchen window, now you know. Just remember never to overfeed them. Also, if you are supplying them with food, do it every alternate day. This will help keep their natural hunting instinct alive. 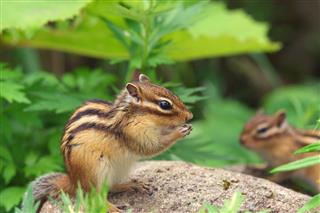 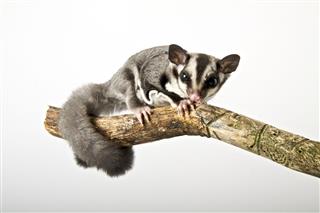 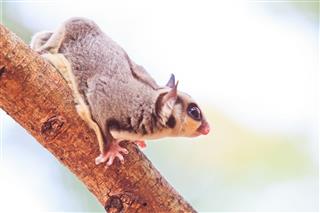 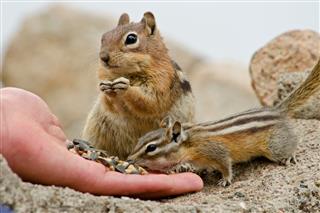 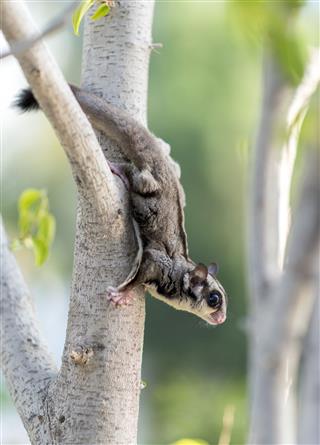 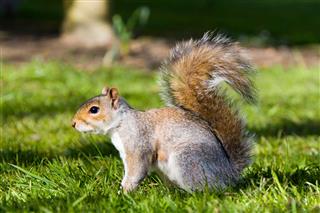 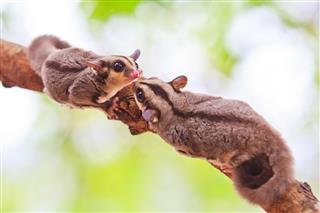