The earliest instance of a dog being used by the police to chase and attack criminals and felons is not very clear. History states that the Belgium Police in Ghent used dogs that patrolled with the team during night shifts as early as 1859. In this DogAppy post, read about the evolution of police dogs and find out which are the top 10 police dog breeds best suited for the job.

The earliest instance of a dog being used by the police to chase and attack criminals and felons is not very clear. History states that the Belgium Police in Ghent used dogs that patrolled with the team during night shifts as early as 1859. In this DogAppy post, read about the evolution of police dogs and find out which are the top 10 police dog breeds best suited for the job. 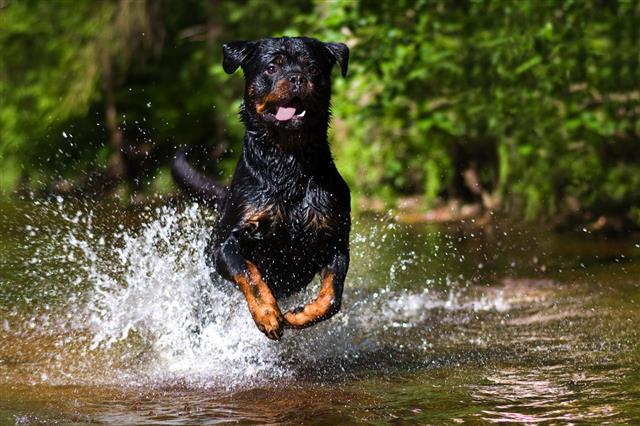 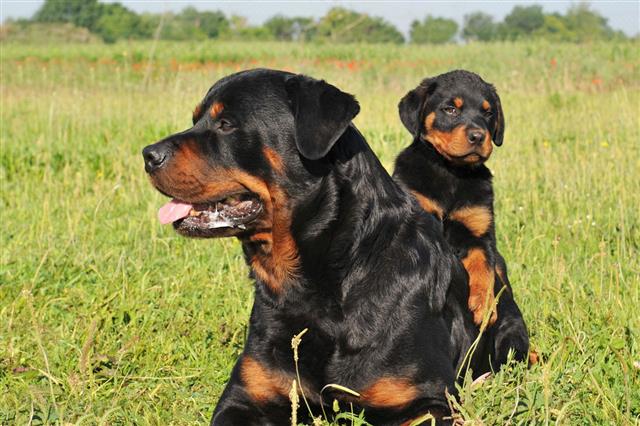 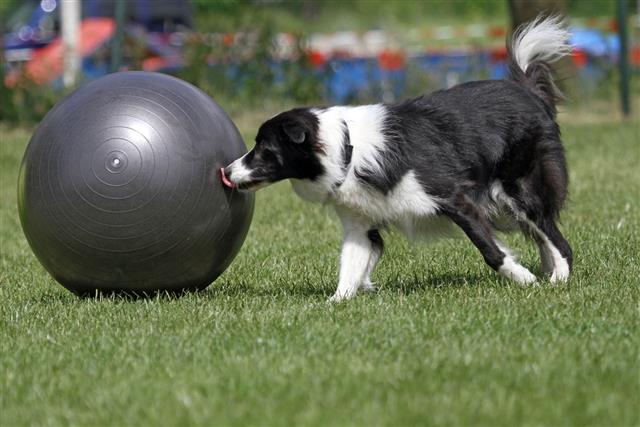 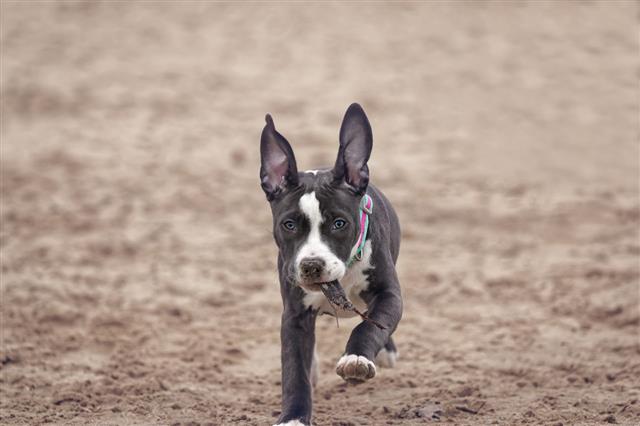 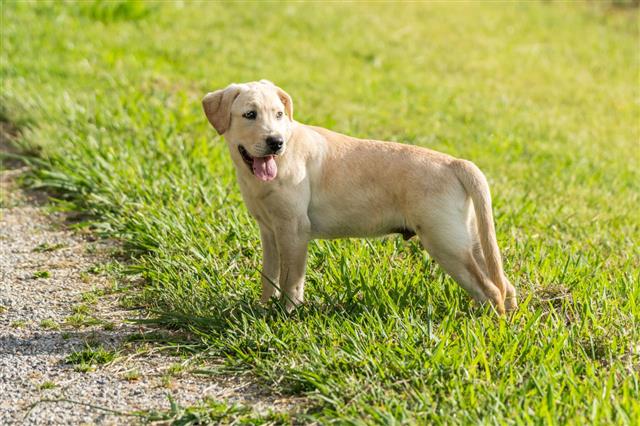 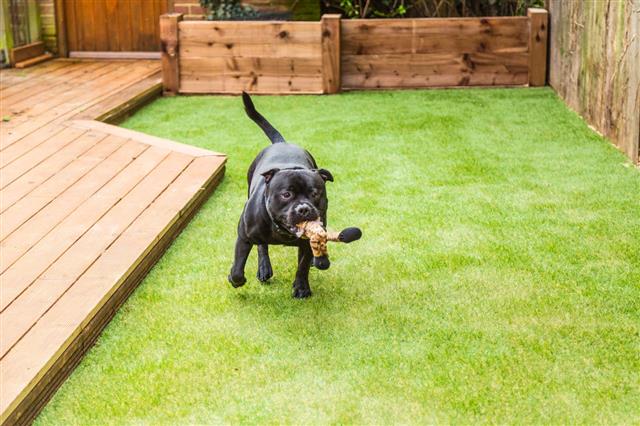 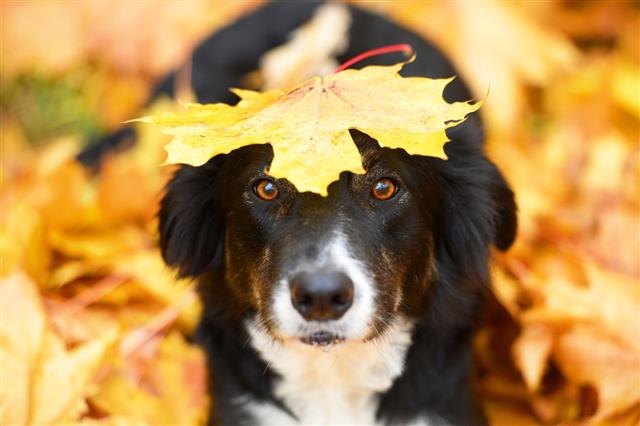 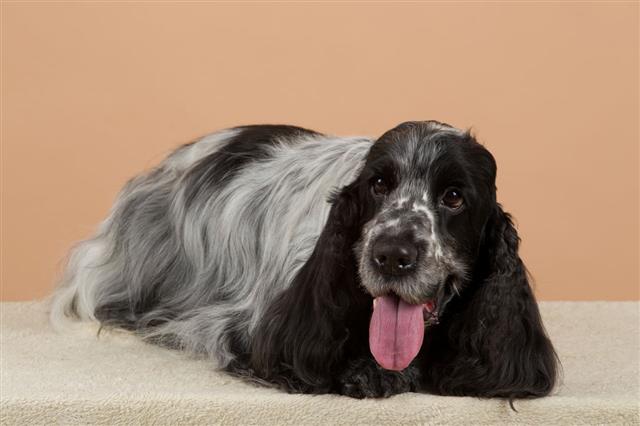 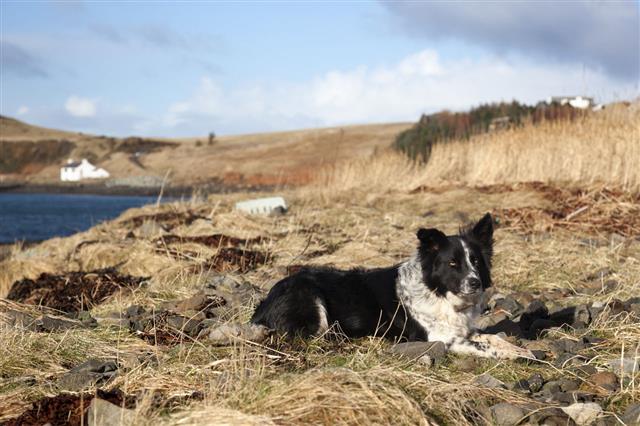 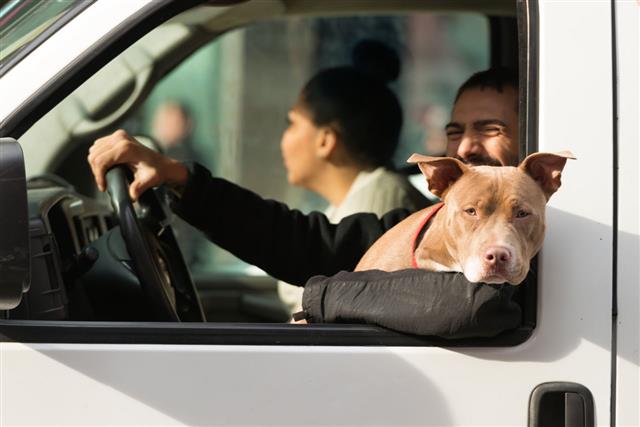 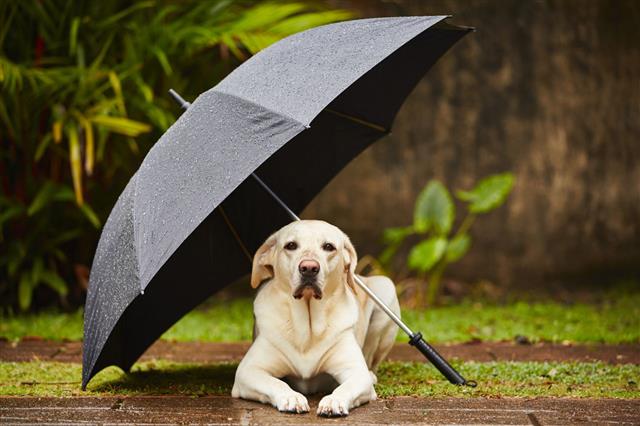 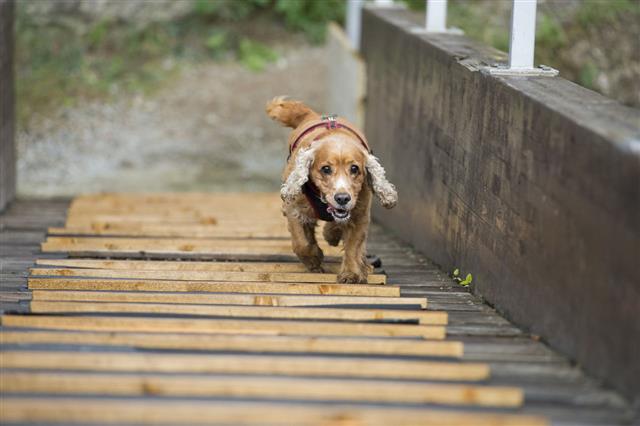 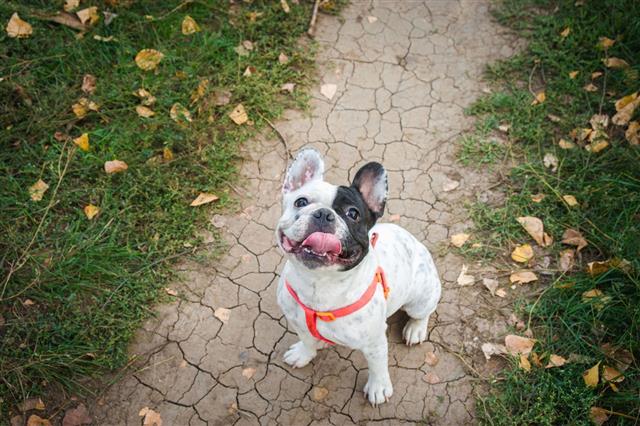 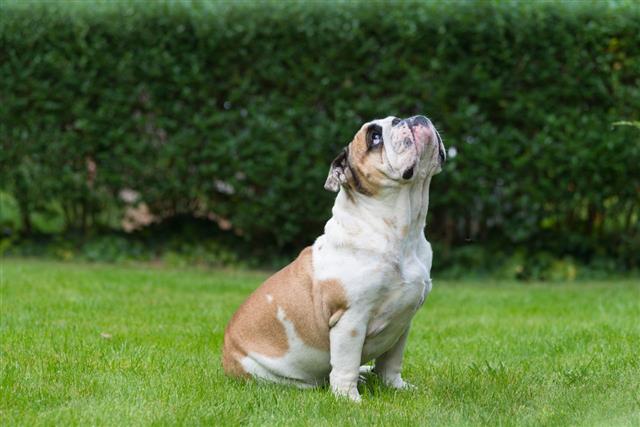 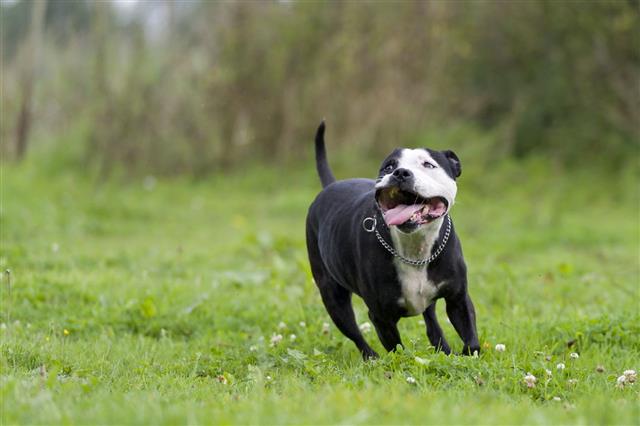 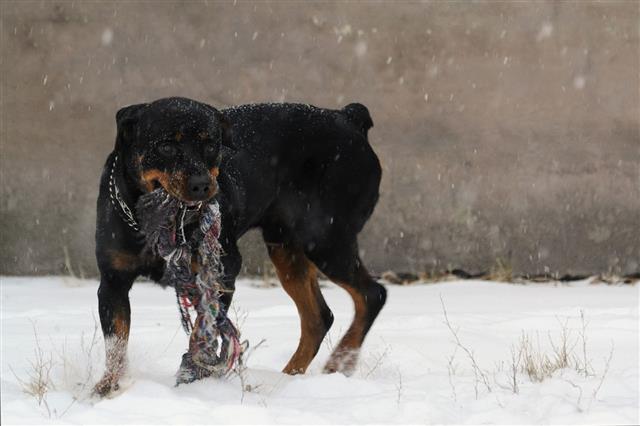 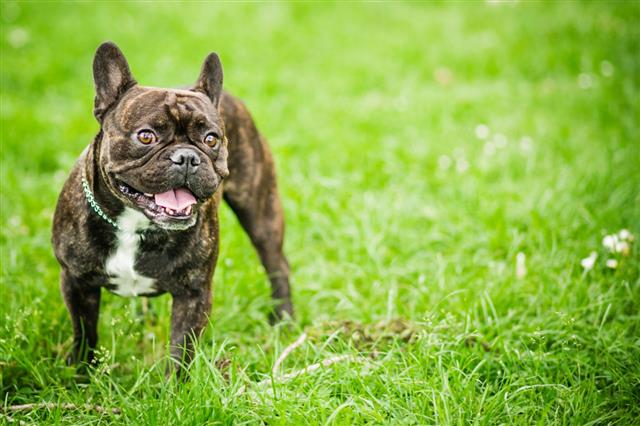 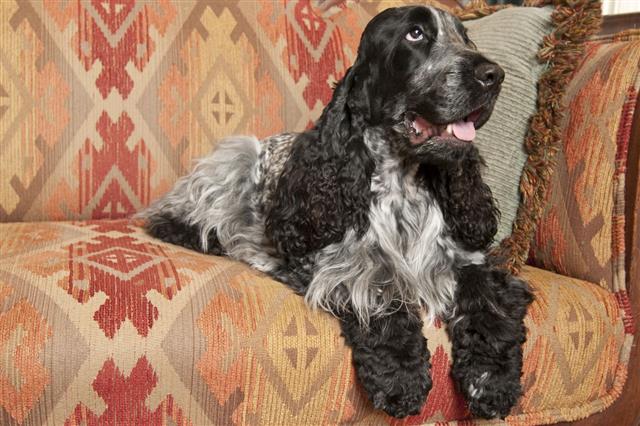 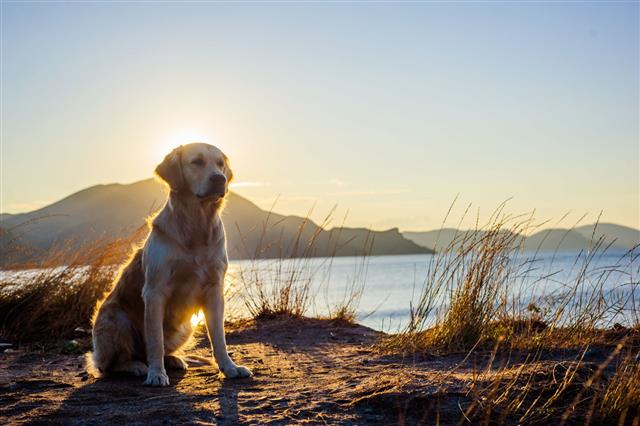 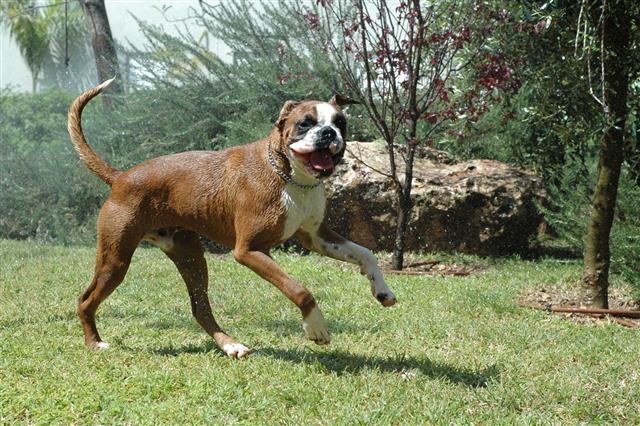 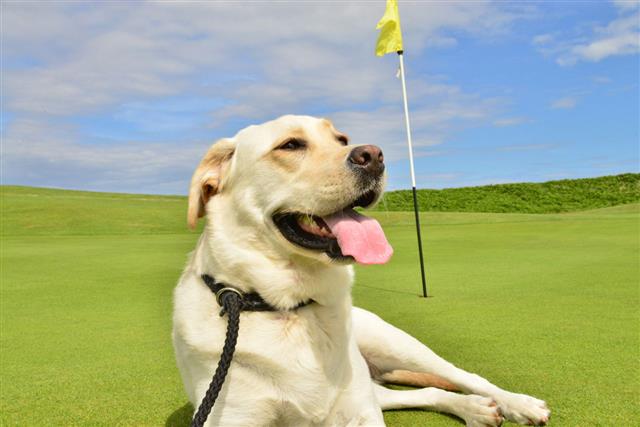 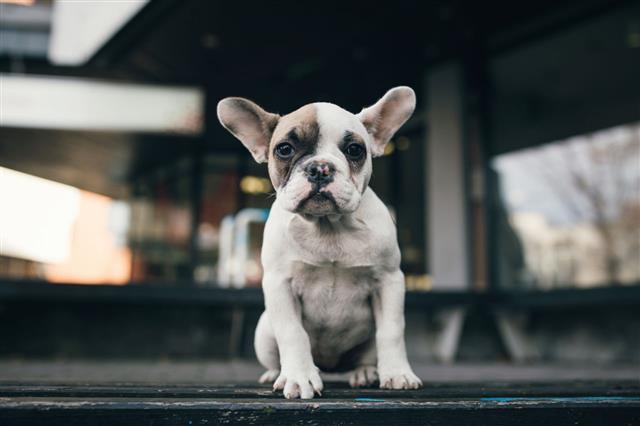 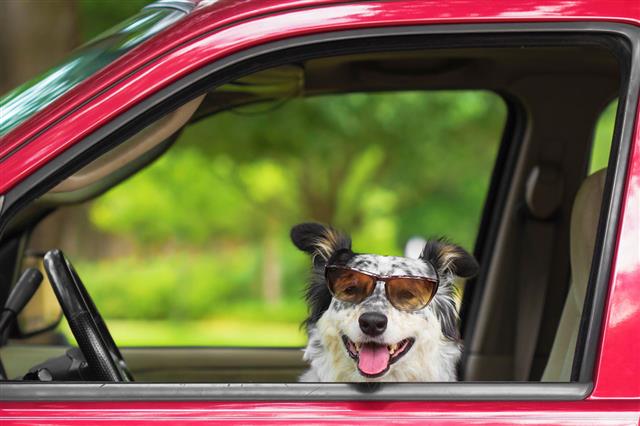 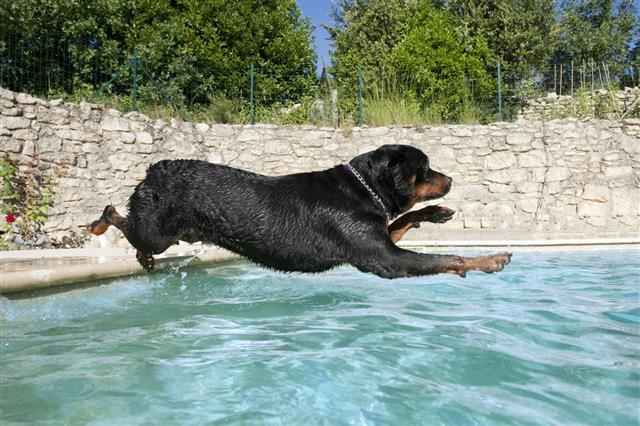 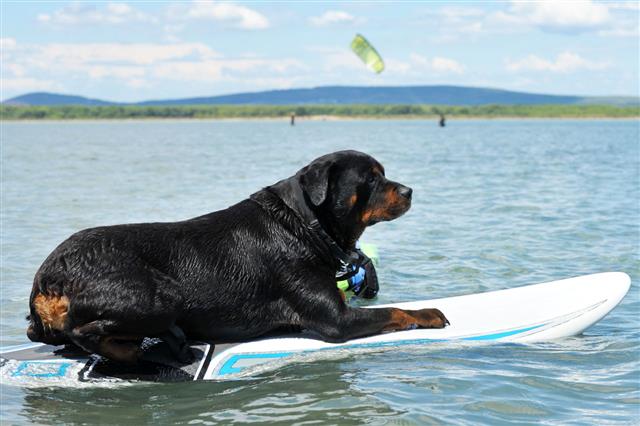 A Loyal Friend and A True Hero!

A police dog that dies while serving its duty is given a hero’s send off by being honored with a complete police funeral.

Police dogs are dogs specifically trained to assist law enforcement teams like the police force, investigation bureaus, crime and felony departments, and other government and federal agencies as well. The most popular breeds that are trained to become police dogs are German Shepherds, Doberman Pinschers, and Rottweilers. Other breeds like Boxers, Bullmastiffs, Labrador Retrievers, Terriers, and Bloodhounds are also trained to serve in this line of duty.

A police dog is also referred to as a K-9 (a homophone for canine). The first ever Police K-9 units, which specialized in police dog programs, were formed in 1907 in the United States of America. New Jersey, South Orange, and New York City were the first ever cities that incorporated dogs on their police teams.

Initially, police dogs were trained only to patrol, sniff out criminals in hiding, and locate missing personnel and property. With time, the scope of using a police dog’s sensory prowess increased and they were being trained to specialize in drug and poison detection, search-and-rescue operations, bomb and explosive detection, and criminal tailing, tracking, and locating. Soon, specific dog breeds were being extensively trained to specialize in varied law enforcement tasks.

Doberman Pinschers, Rottweilers, Belgian Malinois, American Pit Bull Terriers, American Staffordshire Terriers, and other muscular breeds are trained as public order enforcement dogs. These dogs, traditionally, chase a felon or a suspect who has tried to flee from a crime scene. Their image as a strong, sturdy, and well-built dog prevents the suspect from resorting to creating a threat or danger.

Foxhounds, Schnauzers, Cocker Spaniels, and Basset Hounds are some breeds that are trained to become illicit substance detection dogs. Their strong sense of smell aids officers in sniffing out illegal substances like poison, drugs, weapons, or explosives.

Australian Shepherds, Coonhounds, German Shepherds, and Labrador Retrievers are trained and developed as tracking dogs, their main objective being sniffing and tracking down missing objects, people, or trails of escaped convicts and felons.

Labrador Retrievers, German Shepherds, Bloodhounds, and Beagles specialize extensively as cadaver-sniffing dogs. They possess extremely sensitive smelling skills. These dogs are used to sniff out decomposing bodies to locate corpses, dead bodies, and human remains. Their sense of smell is so strong that they can sniff out a body under running water, rivers, lakes, etc.

Find more details about the top dog breeds that are used on the police force and by the law to avert, prevent, detect, and solve crime.

The most popular breed to be trained as a police dog, the German Shepherd (German: Deutscher Schäferhund) is a typical public law and order enforcement dog. Its strong points include obedience, high-level intelligence, quick learning capability, and strength. Its primary motive is to run and chase a suspect who has tried to flee from the clutches of the officers. It rarely fails to catch hold of the felon, and is specifically trained to detain the suspect until the arrival of the officer.

Quick Fact: German Shepherds possess the ability to scan and search out an area almost four times faster than man.

Sometimes, instead of being classified as a separate breed, the Malinois is considered a variety of the Belgian Shepherd Dog. These dogs are extremely obedient and easy to train. The Malinois is a dog which is trained to attack. They are extremely sensitive, and respond immediately to threat and danger. They are also trained to protect their male companion (the officer), and track criminals, evidence, drugs, and IEDs. Unit Oketz of the Israel Defense Forces replaced their German Shepherd police dogs with this breed since they have a slighter build, and are less likely to be affected by heatstroke.

Quick Fact: The Belgian Malinois is known for displaying the highest level of energy among all dog breeds.

The Rottweiler is characterized by displaying a very strong desire to control its surroundings. Some of its other abilities are obedience, eagerness to work, devotion, and high-intensity alertness. Their responsiveness to stimuli is most developed, which makes them highly efficient police dogs. This is a dog known to have ‘exceptional’ strength, which is a quality that is very effectively utilized by police forces at crime scenes. Rottweilers serving on law enforcement teams are also trained to protect the officers from any possible threat or danger.

Quick Fact: Rottweilers are a stubborn breed. Consistent training is a must for these dogs.

Alert, obedient, energetic, loyal, determined, and fearless are just some of the words that describe the Doberman Pinscher breed of dogs. This dog was ‘developed’ by Karl Friedrich Louis Dobermann, a man from Germany who longed for a dog that served as a guard as well as a companion to him. Herr Dobermann bred a variety of dogs to develop a breed which would possess specific characteristics from each breed; thus the Doberman Pinscher was born. Originally bred as a guard dog, the Doberman is now one of the fore-runners among the breeds used on police and law and order teams. Its incredible strength and highly effective ability to track humans and illegal entities like explosives and drugs makes it an efficient police dog.

A very intelligent dog, the American Staffordshire learns new commands very quickly. They are an agile breed of dogs and hence make excellent guard and police dogs. They are very, very strong dogs, a quality required to be on the police force. With proper guidance and training, their qualities of strength, agility, loyalty, and obedience can be channeled into solving the most difficult of crime cases.

A dog known to have a ‘zest for life’, the American Pit Bull Terrier is also known to be very aggressive and dangerous. It is highly agile and is known to be an excellent climber. This quality of efficient fencing is an added advantage when the dog is serving on the police force. Its tough exterior, clubbed with a powerful build, strong physique, and effective intelligence, makes it the best choice as a police dog.

The American Pit Bull is banned from a lot of countries and organizations owing to its inherent aggressiveness towards human beings, and other animals as well.

Quick Fact: The Pit Bull is the only breed to have featured on the cover of Life magazine, thrice.

The first thing to be noticed about a Boxer is its strong and athletic built. Its aggressive appearance is what partly qualifies it to be a police dog. Extremely courageous, fearless, and confident, the Boxer forms a very important part of the law enforcement team it is put on. Trained to be an ‘attacker’, it is also highly efficient in responding to dangerous activity, sniffing suspicious entities like poison, drugs, and humans as well. A Boxer’s jaw is extremely strong and its bite can be very painful.

Quick Fact: Boxers gained popularity in the United States only after the World War II, where they were used as military guard dogs.

A Spitz (dogs characterized by long thick fur, muzzles, and pointed ears), the Akita Inu originated first in the mountains of Japan. Dominance, independence, and extreme strength are some of the qualities found in an Akita Inu. They are known to respond aggressively when they sense danger, any kind of suspicious activity, or suspicious human behavior. Although an intelligent and courageous breed, they can sometimes be spontaneous, and therefore need appropriate training. Akitas serve as a highly effective police dog, displaying qualities of strength, responsiveness, and alertness.

Quick Fact: In Japan, all-white Akita’s are given the highest reverence.

Characterized by its regal appearance, power, and athletic build, the Cane Corso is a descendant of canis pugnax, dogs that were used by Romans in wars. They are, thus, inherently capable of attack and defense, a characteristic needed in police dogs. Strong, well-built, very intelligent, and easy-to-train, these dogs make for the perfect police dogs. A Cane Corso is not a fighting dog and is not trained to attack. It is, however, categorized as a public law enforcement dog that chases fleeing suspects and detains them until the arrival of the officer.

Bullmastiffs do not require to be trained as guard or police dogs, as guarding and policing is said to come naturally to them. The Bullmastiff is practically a cross breed between a Bulldog and a Mastiff, and hence inherits t