We often see dominant dogs all around us, but when their aggression reaches undue proportions, it is time to take some action. Correcting dominant dog behavior is not as hard as you imagine it to be. This is where you learn to become authoritative and show your dog who's the real boss... 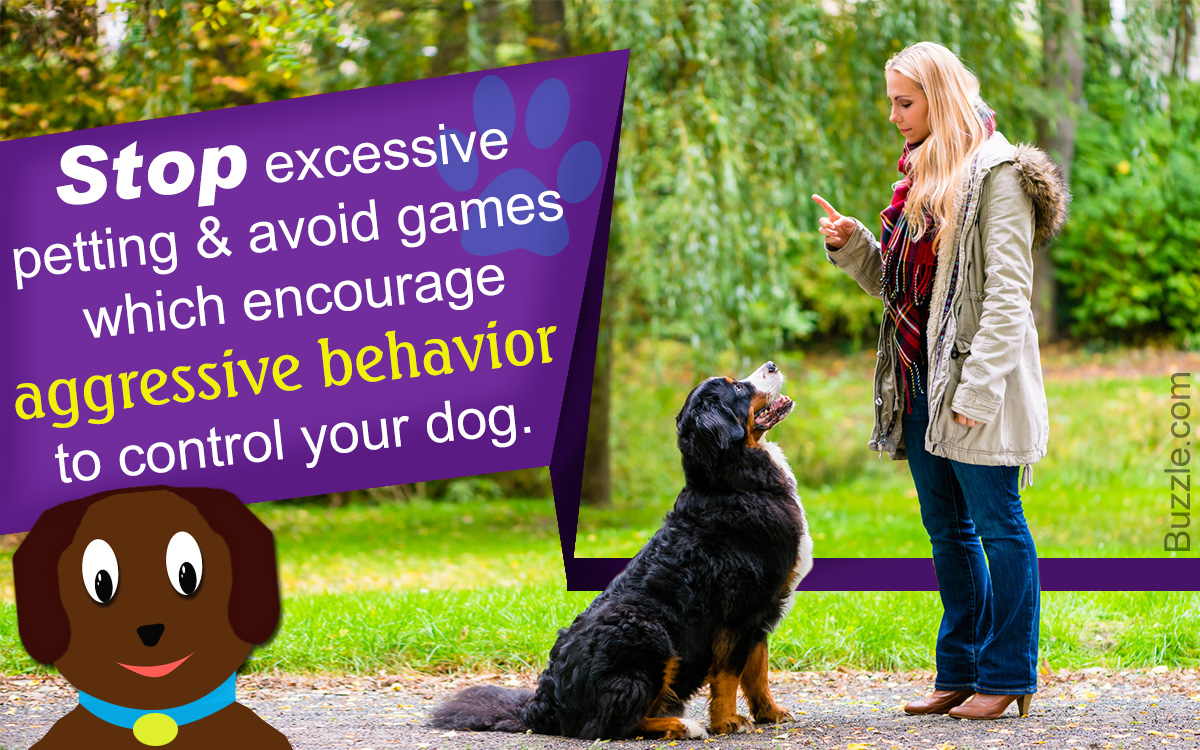 We often see dominant dogs all around us, but when their aggression reaches undue proportions, it is time to take some action. Correcting dominant dog behavior is not as hard as you imagine it to be. This is where you learn to become authoritative and show your dog who’s the real boss… 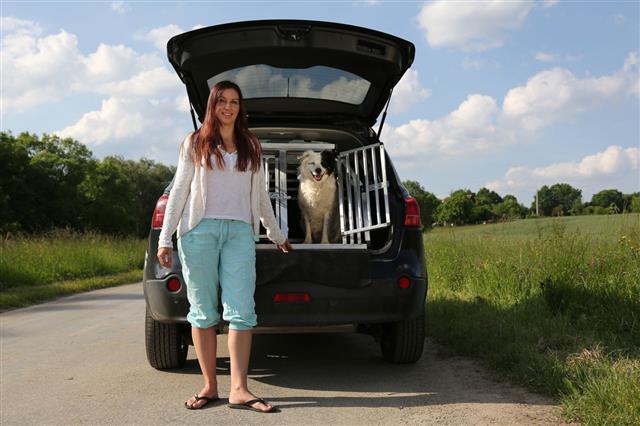 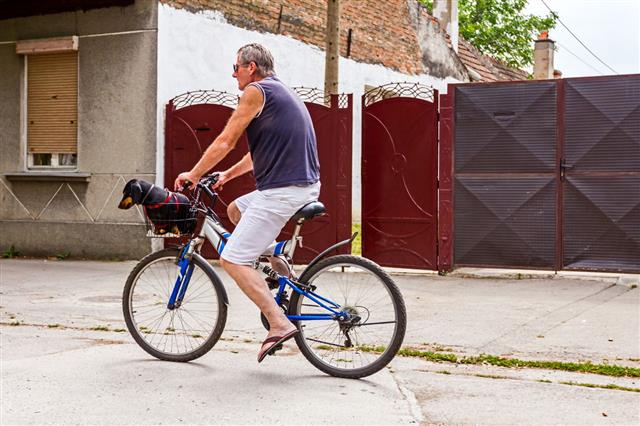 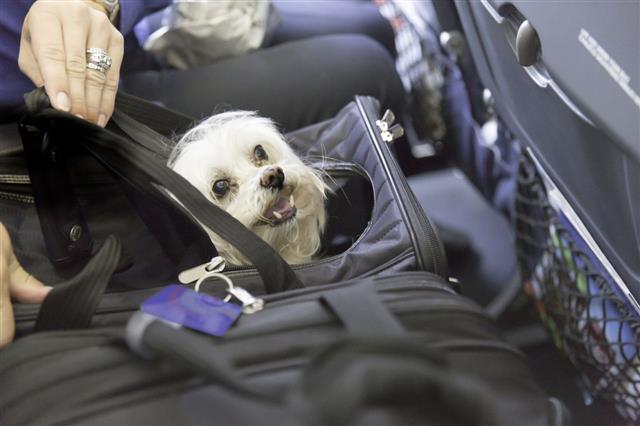 Dogs, being descendants of wolves, have always been used to the idea of living in packs. As domesticated animals, their wild side may have been suppressed almost entirely, and they have come to identify their human family as their pack.

Wolves have been traditionally known to live in packs, with a dominant wolf being the pack leader. The leader gets to live an enviable life – he gets to eat first, which means the meatiest portions are exclusively consumed by him. He gets to decide play times and meal times, and lets his pack members know in no uncertain terms that he’s the boss. Plus, a leader is never, ever apologetic about his actions, no matter what he does.

Now, just imagine your dog with these very traits. As far fetched as it may sound, there could be times when your usually docile dog’s dominant side takes over and he tries to establish himself as the leader of his pack. His pack, as you already know, is his family. Your family. This is when you need to establish yourself as the pack leader and become your dog’s real boss.

To begin with, it is extremely important to understand the rationale behind the whole exercise of establishing your authority over your dog. The foremost question that would come to any owner’s mind is that isn’t aggression an inborn trait of every dog? Don’t we look at this particular pet as our guardian? While all these things are perfectly logical, the owner needs to understand that there is a fine line that separates hyperactive dogs from aggressive ones.

The traits of a dominant dog are as follows:

In case you spot this kind of behavior in your pet dog, it is time to become more attentive to his/her training.

How to Establish Dominance Over Your Dog

Dogs, being social animals, are used to the concepts of living in groups and looking up to a leader. The alpha leader of the pack is the one who makes the rules and makes sure that they are obeyed. If there’s one unmissable quality that professional trainers possess, it is their unabashed use of authority on the animal they train. Just as a dog tries to assert his/her position by means of force, he/she can also be trained to become submissive to the owner. The alpha leader’s position is the one your dominant dog tries to take, when in fact, it is the owner who should be doing it. As the owner, you need to remember that your dog responds to dignified authority as long as it is constantly asserted. Dogs are smart enough to pick the slightest weakness when it comes to asserting authority, so you need to guard your vulnerabilities at all times.

Instead of keeping his food bowl full all day, introduce specific meal times. Let your dog notice that he is being fed by a person; the same person will be viewed as the alpha leader by the dog. Command the dog to sit before you allow him/her to begin eating. Let him/her eat, and take the bowl away mid-meal. You can then put it back. This way the dog understands that his/her food supply is controlled by you. If he/she refuses to obey orders, do not feed him. Your dog needs to learn that he/she must follow instructions before they get their food. Your commands should be in a firm and clear voice, there is no need to be loud as your dog’s sense of hearing is sharp. If your aggressive dog has recently been mean to any member of your family, make that person in charge of the dog’s feeding but ensure that their interaction is always monitored from the sidelines. This way, your dog will not disrespect that individual again.

Avoid playing games that allow your dog to showcase his/her physical superiority over you. These would include games like wrestling or tug-of-war, or any game that makes the dog use his/her teeth. Playing fetch is safe, although you must anticipate your pet’s mood and make sure that you are the one to both, initiate and finish the game. Don’t give in to his/her advances when he/she is in the mood to play and never keep chasing after him/her. An effective leader is the one who decides when it is play time.

As much as you love your pet pooch, when it come to enforcing discipline, you’ve got to be strict. When your dog is perched on your favorite side of the couch, or in your armchair, or even in your bed, make him/her vacate the place for you. Do not allow your dogs to sleep in your bed, as it gives them the idea that you see them as equals. The dog’s bed should be at a lower level, it teaches them about hierarchy. It would indeed be better if you manage to keep your pet off the furniture throughout the entire duration of the training.

Reward Your Dog for Doing Something Right

It is extremely important for the dog to differentiate between right and wrong, and you, being the person in-charge, has to be the one who teaches him/her about it. So ensure that you let your dog know when he/she’s done something right with an encouraging “good dog” phrase followed by a slight pat on the head and feeding him/her a tiny treat. It’s easy to go overboard with the appreciation, but it’s crucial that you keep it understated, just enough for your dog to know he/she is on the right track.

Since we’re trying to train a dog’s mind, we need to pay attention to those little ways in which your dog tries to dominate over you. Remember, even a tiny dog can exhibit signs of dominance if he/she realizes that the pack lacks a leader. So the next time you open the door, ensure that you enter the room before your dog does. If your dog tries to barge in, command him/her to sit, make him/her obey and only then allow the dog to enter after you have. As a pack leader, never give your dog mixed signals and be very consistent with behavior that is right and wrong. Confusing your dog about good and bad behavior will only lead to further chaos.

One can never stress enough on the importance of physical activities for dogs, especially for a dog who’s jostling to be an alpha leader. Dogs must be taken out for walks for a minimum of 30 minutes a day. Dogs that are taken on walks daily get their share of exercise and do not become frustrated due to lack of activity. Let them sprint around the park, or use a dog backpack that will let them exert pent-up energy. While taking your dog out, always remember to position yourself before the dog. You should be the one taking him/her out, it should never be the other way round. The alpha leader walks ahead of his pack and your dog knows it. Body language is the key here, as that is the canine way of communication. Take confident strides ahead of your dog at all times, and your dog will know who’s in charge.

Being an animal lover, it is extremely difficult to be restrained when it comes to showering attention on your pet. Dogs in a pack like to show respect to their leader by touching, grooming and licking him. If your dog is well-behaved, do let him touch you, but don’t let him/her go overboard and knock you down. Refrain from petting your dog if he/she shows signs of arrogance. Never bend down to pet your dog as it puts you in a submissive position. If your dog is pestering you for affection, make him/her sit. Begin patting the dog only after he/she is relaxed and in a sitting position. 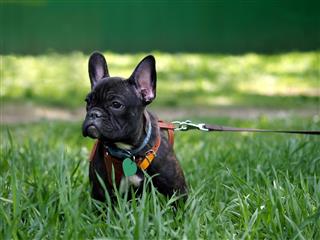 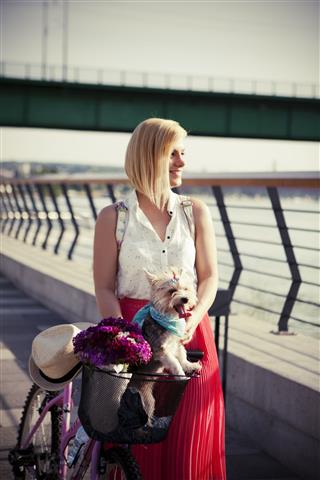 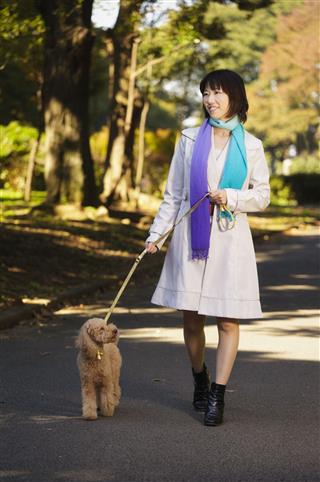 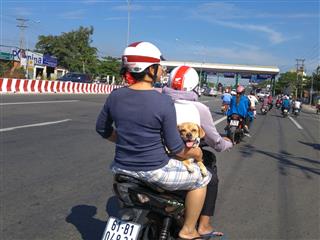 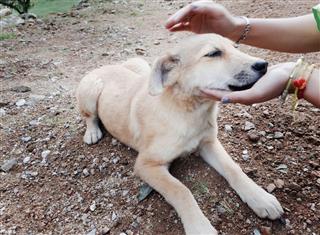