Things You NEED to Consider Before Getting a Caucasian Shepherd Dog

If there is any savagely violent, ferocious, and cruel Russian dog breed, then it is the huge and mighty Caucasian Shepherd dog. DogAppy will tell you if you can be a good owner to this dog breed or not.

If there is any savagely violent, ferocious, and cruel Russian dog breed, then it is the huge and mighty Caucasian Shepherd dog. DogAppy will tell you if you can be a good owner to this dog breed or not.

During the Communist Era, Caucasian Shepherd dogs were used to keep a watch over the prisoners of the Soviet Gulag camp.

Over the years, the Caucasian Shepherd has been used for protecting and guarding flocks and also properties against trespassers. Apart from this, these dogs were also used for hunting and killing animals. This dog was also known to patrol along the Berlin Wall. For the purpose of producing new Soviet dog breeds, the Russian army’s kennels utilized the Caucasian sheepdog.

♦ The Caucasian Shepherd’s ears are covered with thick hair for insulation purposes. Because of the thick fur, they appear bigger than what they actually are. With a huge skull and bear-like facial features, this dog is also known as the Russian Bear Dog.

♦ A rectangular body structure and a low-hanging, thick furry tail, accompanied by a water-resistant body coat with short, cropped ears are just a little about this mountain dog. Their coats are of three different types: medium-, short-, and long-haired.

How is the Temperament of the Dog?

♦ Being guard dogs, they are very aggressive towards outsiders/strangers or other animals or dogs. Nevertheless, Caucasian Shepherd dogs are even-tempered with their master.

♦ They are very protective about their owners, and all throughout the night, they are seen howling on seeing something suspicious, while guarding the house. Caucasian Shepherds cannot be left alone with children. They are not dogs for everyone.

♦ A master who can spend excessive time with this breed in obedience training and socializing and who possesses high leadership skills is the ultimate one to own it.

♦ Keeping in mind its ruggedness and strength and also its powerful defending nature, we strongly feel that it is ONLY for experienced dog owners.

♦ Caucasian Shepherds were bred to guard livestock. For these dogs, doing what they are bred for is the best exercise. But if you do not have any livestock, make sure you take them for long walks every day. Also, they enjoy patrolling the area where they live. This also counts as a great exercise for them.

♦ This dog sheds a lot. Depending on the length of the fur, the frequency of brushing changes. If he is long-coated, you have to brush it frequently, whereas short coats do not need frequent brushing. To retain the texture of coat and its natural oils, avoid excessive bathing.

♦ Caucasian Shepherd dogs are susceptible to hip dysplasia, heart disease, and cataracts. Their average lifespan is about 11 to 12 years.

How Much will this Dog Cost?

This dog is not meant for the apartments. At least, a large yard is a must. It needs a lot of space to move about. Always remember that this dog is an awesome buddy if mastered correctly.

To set firm boundaries for the dog, do not give obedience training a miss. It is important that this dog respects you, otherwise it will get stubborn. So inexperienced owners should preferably not opt for this dog. An experienced, strong-willed master with good leadership qualities is an appropriate owner of the Caucasian Shepherd dog. 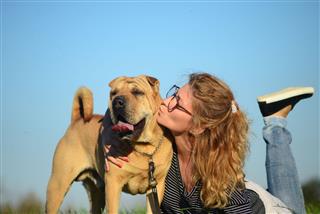 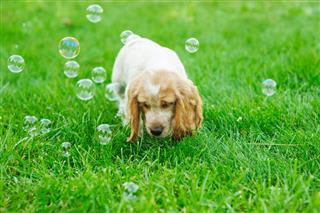