An Essential Guide on How to Take Care of Your Tarantula

For those who are toying with the idea of acquiring a tarantula as a pet, here is some useful information related to its care. Have a look...

For those who are toying with the idea of acquiring a tarantula as a pet, here is some useful information related to its care. Have a look…

With the desire for owning exotic pets increasing every day, tarantulas top the list. These are a group of large spiders that belong to the family Theraphosidae. The biggest spider in the world belongs to this group, which is the Goliath birdeater tarantula, that has a leg span of 12 inches. While some species can climb trees, others are terrestrial.

For those who want to have tarantulas as pets, it is important to research well on the facts, because all of their care would depend upon the type of tarantula, its environmental requirements, and feeding habits.

The requirements of the enclosure depend upon the type one has. For the arboreal species, tall enclosures are required, while the burrowing types require a deeper substrate. It is important to note that some burrowing species have heavy abdomens. If they manage to crawl out of the vivarium which has tall walls, they may fall and rupture their abdomen.

For the terrestrial ones, an enclosure with 15 cm high walls would suffice. However, generally, an enclosure should measure 2½ times by 1½ times the leg span of the creature. As far as the material of the housing is concerned, it can be made of plastic or glass. 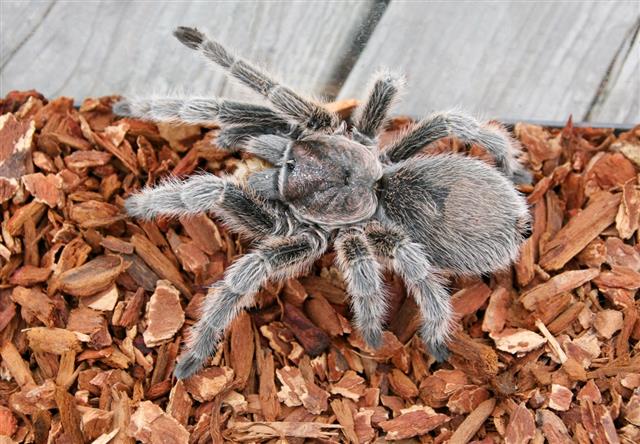 However, one point to consider is that, it is easier to heat a plastic container than one that is made from glass. Whatever is the material or size of the container, it is important to ensure that it has a tight lid, so that the creature cannot escape from its housing.

Provide a hiding place within the enclosure, as these spiders are nocturnal and might require a place to retreat during the day.

Substrate is what forms the floor of the housing provided to the arachnid. Potting or topsoil is believed to be the best choice for the substrate for these eight-legged creatures, while others vouch for coir. 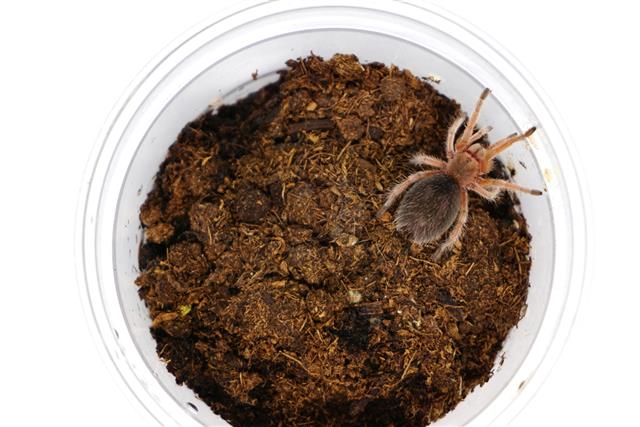 Some even prefer to use peat moss or vermiculite. The substrate should be 3 to 4 inches in thickness, and also needs to be moist.

One of the important components is the temperature and humidity requirements. Tarantulas are creatures of warmer climate, and hence, require relatively higher temperatures. The suitable temperature for most species ranges between 75 – 85 °F. 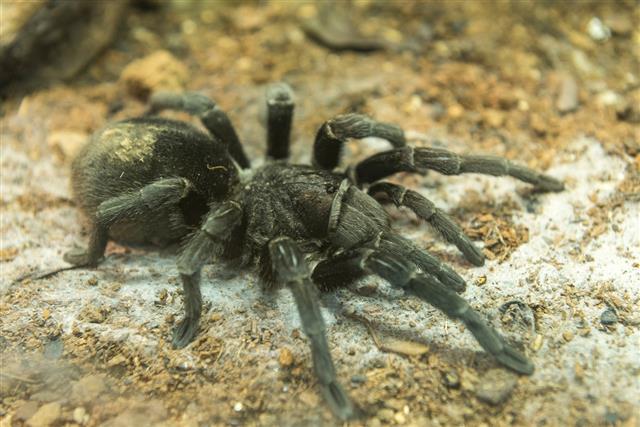 Tarantulas do not react well to strong light, so avoid direct sunlight on the cage. Rather, ensure that the cage receives diffused sunlight, so that the biological clocks of these creatures can be correctly set.

As far as humidity is concerned, it always helps to know the species, as different species have different humidity requirements.

Nevertheless, one always needs to be careful about the amount of moisture in the cage, as high humidity will encourage growth of mold, fungi, and bacteria. 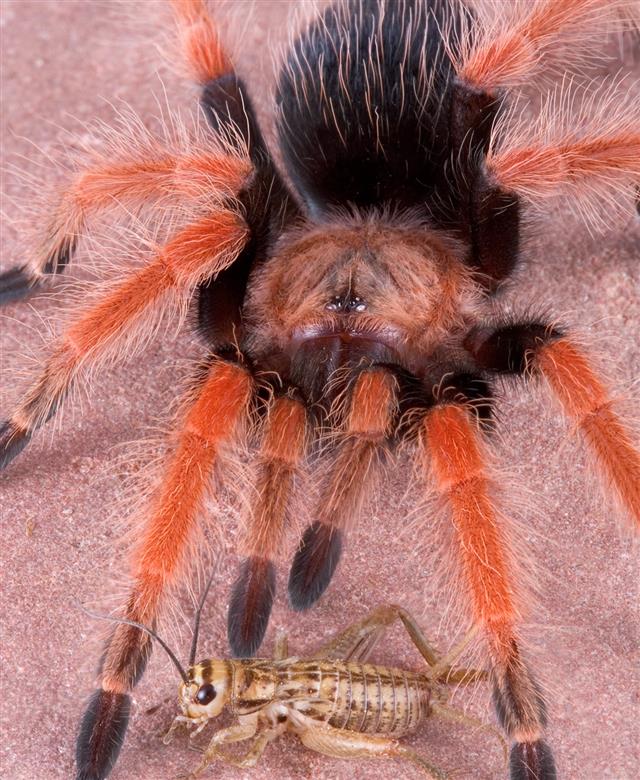 Crickets are the main diet of tarantulas.

However, it isn’t that they would refuse to eat anything else. These creatures also enjoy meal worms and locust. However, avoid earwigs and certain beetles, as these insects are poisonous for them.

If you are not getting food from the pet shop, then ensure that the live insects that you catch are free from pesticides, which is quite difficult to do. Hence, it is advised that they be fed food bought from a pet shop.

Every owner should avoid overfeeding their tarantula. In case, the abdomen swells to double the size of the carapace, suspect overfeeding. As spiders can go without food for days and weeks, it is enough to feed your spider once or twice every week. Tarantulas do not eat while molting. Hence, remove any live prey from the enclosure during that period.

Also, if you are planning to have more than one as a pet, then they should not be kept together in the same enclosure. Tarantulas are solitary creatures that come together only when they mate. If two of them are kept together, then one may end up being the meal of the other. 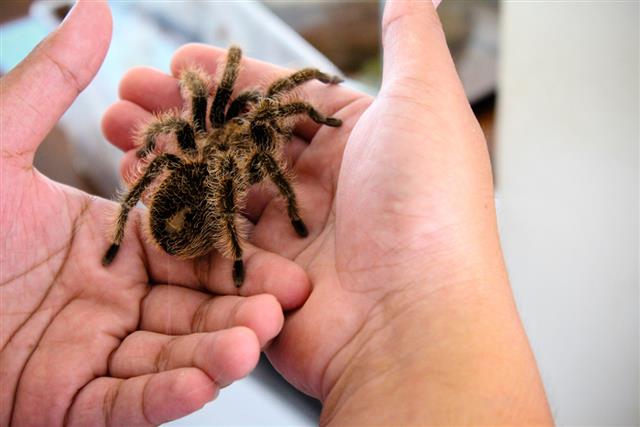 It is best not to touch a tarantula with the hands too often. These spiders do possess venom, but no human casualty has been reported from the toxin. Nevertheless, the bites are painful, and may cause a rash.

In fact, they have urticating hair on their abdomen that they kick at those they perceive as threat. These may cause irritation and eye inflammation in human beings. If you need to transport your pet, use a paintbrush to guide the creature into a box, which you can use to transport the spider from one place to another.

What is best is that these creatures produce less waste, and hence, maintaining cleanliness is not a huge task. However, to provide the best possible care, do your research well and read up extensively about the specific species that you plan to bring home.