So You’ve Got a Pregnant Rat… Now What? – The First Two Weeks

Unplanned pregnancy? A new rat comes with a dozen buns in the oven? Did an escape turn into a steamy night of ratty romance? Here's what to expect during the pregnancy, and in the first two weeks after birth.

Home / Pet Types / Rodents / So You’ve Got a Pregnant Rat… Now What? – The First Two Weeks 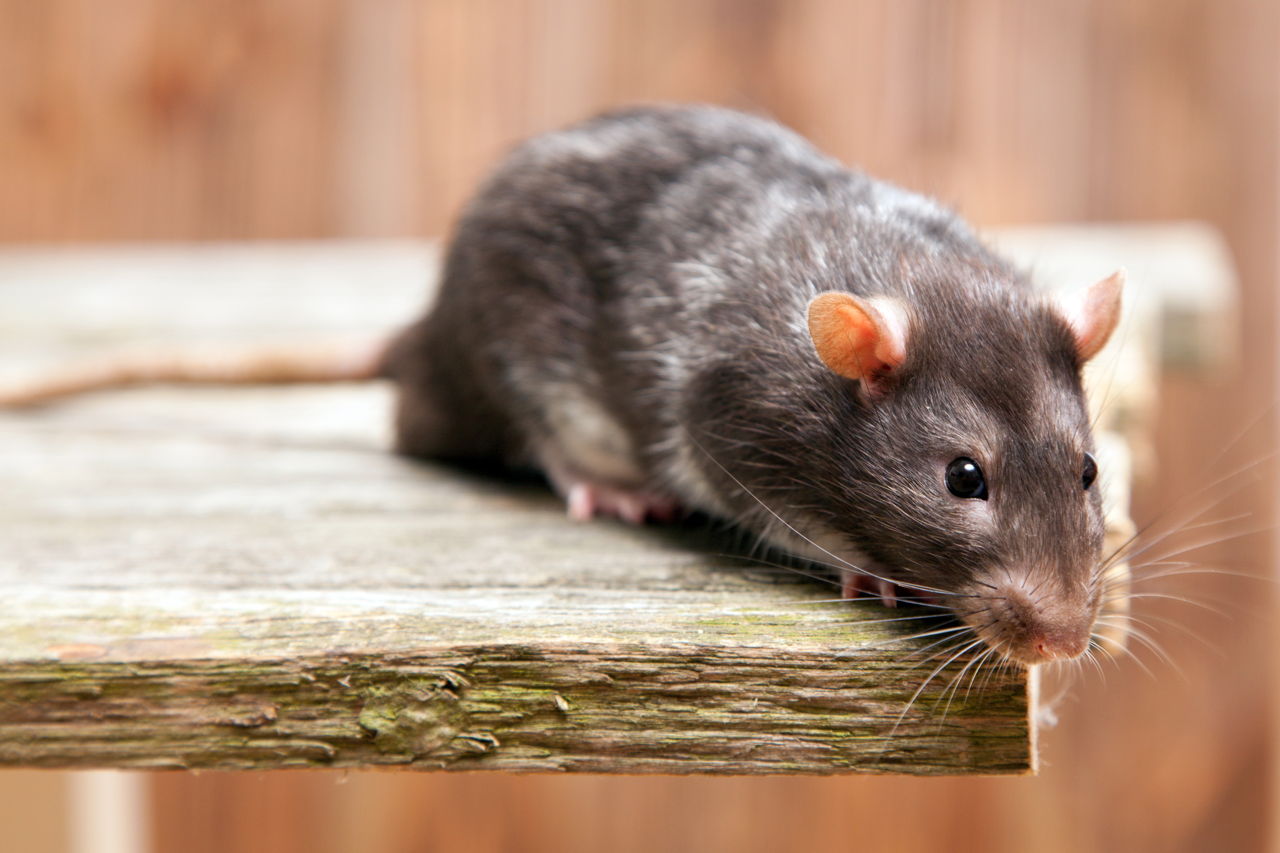 Unplanned pregnancy? A new rat comes with a dozen buns in the oven? Did an escape turn into a steamy night of ratty romance? Here’s what to expect during the pregnancy, and in the first two weeks after birth.

It’s something that can happen to even the most careful of rat owners―one day you think your new adopted rat is just pleasantly plump, and then you notice her nipples are unusually prominent, and her belly feels firm rather than fat. That’s exactly how it happened to me.

Gertrude came from the local humane society, which I would have thought to be the safest place to get a pet rat for those wanting a female guaranteed to be surprise-free. Well, I was wrong. Her previous owners were obviously not very careful, and because rats don’t really ‘show’ until about two weeks into their pregnancy, there’s no way the humane society could have known, even after she was examined by their vets.

Two weeks is more than halfway into their gestation period, by the way―they are only pregnant for 21 to 23 days after mating before the babies arrive. That can give the unsuspecting owner very little time to prepare, especially if the particular rat has a small litter and doesn’t show obvious signs. Some owners have woken up to find a tiny pink baby or two in the cage, and they had no idea it was coming.

So, if you have an inkling your lady rat might be preggers but she’s not showing as obviously as my Gertrude was, what other signs are there? In the days or hours before giving birth, oftentimes the mother rat will become nervous or aggressive towards her owners. She will most likely NOT want to be held – she’s got babies coming, and the surge of hormones in her body to prepare her for motherhood have put her until Ultra Mommy mode. She will protect herself because she’s protecting her soon-to-be newborn babies.

The other surefire sign? Nest building! Your rat will want a comfortable place to give birth and raise her pups. I recommend that if you suspect the babies to be due soon, you should move the mother-to-be to a private, secure cage where she can raise her babies alone without intrusions from other rats. Some people will leave the mothers with their cage mates, but I would personally be afraid to.

Gertrude was still in quarantine when I brought her home, so when I realized she was going to have babies after owning her for just two or three days, she was already in a ten gallon glass tank. Tanks or bin cages (made from those large Rubbermaid-type storage bins) are great for birthing cages, because you can rest assured you won’t have any tiny escapees squeezing through the bars! I lined Gertrude’s tank with a thick layer of paper towels. The morning before she gave birth, she was furiously shredding and rearranging them to perfect her nest. I was pleasantly unsurprised that afternoon when she began to deliver her litter!

Gertrude had eleven pups, which is a decent size for a litter of rat babies. Litters of up to 15 are not uncommon, and even larger litters have been reported. Each baby was healthy, with no stillborn, and no complications. Most of the time, Momma knows best when it comes to rats and giving birth. While complications can and do happen, they are rare. If your rat begins to bleed excessively or if labor and contractions are taking hours and producing nothing, rush your rat to the nearest vet ASAP!

Rats can have babies stuck in the birthing canal, and only a rat-experienced vet can save the life of the mother in a serious emergency such as that. If a pup is stillborn, it’s possible the mother will eat it. As gross as this is to us, it makes sense from a survival standpoint―after putting all that energy into creating and nurturing that pup in the womb, only to have it die during birth, is a waste of energy to the rat. Rats eat the placenta (the ‘afterbirth’) and any stillborn babies to regain the protein and nutrients, which are then used to create milk for the pups that have survived, and to help the mother regain strength after the strenuous birthing process.

As you probably know, rats are born bald and blind. They are deaf, too, though experienced breeders can tell the dumbos from the standard-eared rats right away just by the positioning of those tiny, pink nubby ears. Their toes haven’t even really developed yet, and each baby is 100% entirely dependent on its mother for the first couple weeks. They can’t even poop without Mom’s help! Instead of changing diapers, Gertrude has been (*warning, this is kinda gross*) licking them to help them “eliminate”. Yeah, don’t think too much about that. They will nurse for up to 18 hours a day, so the best thing you can do for the first week is to put the cage in a quiet place and not bother them too much. Gertrude wouldn’t let me anywhere near her babies – she STILL tries to bite me, and they will be two weeks old as of tomorrow! She’s a bit overly protective, though, and by most accounts, the mother will relax after the first few days.

As the human, there’s not a whole lot required of you during this process. During the pregnancy and for a while after birth, supplement the mother with some extra protein along with her usual high-quality lab block diet (Harlan Teklad is what I, and most rat owners, recommend).

Gertrude LOVED getting bits of scrambled egg and low-fat, high-quality cat food. You can buy a small trial-sized bag of Royal Canin light cat food at Petsmart for $5 if you don’t own an overweight cat or a pet hedgehog like I do. Besides food and water, the only other thing the mother needs from you is that you keep things clean and quiet. This can be a challenge in those first few days after birth if the mother is especially aggressive, so if it’s a little messy in the cage during the first week, don’t worry.

The second week is when you should begin holding the babies in order to hand tame them. If the mother is permissive, you can start this process earlier, but it isn’t necessary. I certainly would have liked to, but Gertrude was having none of it. Even into the second week, I’ve had to grab her with a towel, remove her from the cage, and then take the babies out to handle them. It was this week I checked each baby and counted seven girls and four boys. By the end of the first week and at the beginning of the second, those pink eraser-looking baby rats will start growing some fuzz.

You’ll sometimes be able to tell what colors they will be, especially when it comes to the darker colors. By the end of the week they will have a smooth coat of baby rat fur (which is the same as regular rat fur, minus the guard hair). Their little nails will grow in, and rather than wriggle in one place they’ll start to crawl around a little bit, especially if Mom decides to leave the nest for a snack but they want more milkies.