8 Truly Wonderful Sled Dog Breeds You Should Know About

Sled dogs are a breed of dogs bred specifically for the main purpose of pulling sleds across distances to transport goods and people. While there are various breeds of sled dogs, DogAppy provides you with the 8 best breeds.

Sled dogs are a breed of dogs bred specifically for the main purpose of pulling sleds across distances to transport goods and people. While there are various breeds of sled dogs, DogAppy provides you with the 8 best breeds. 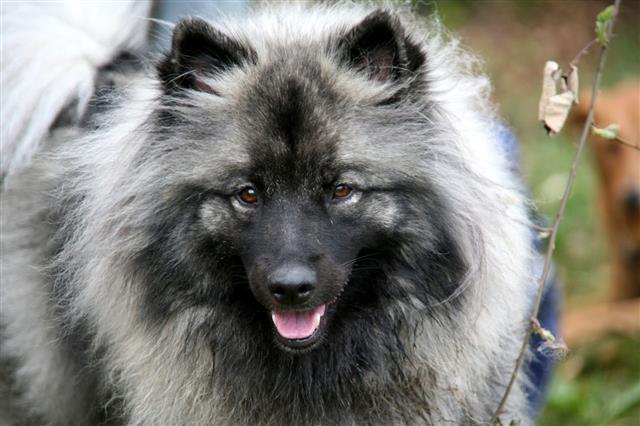 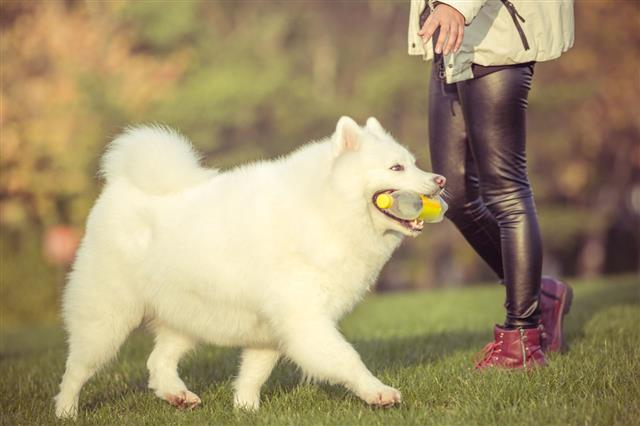 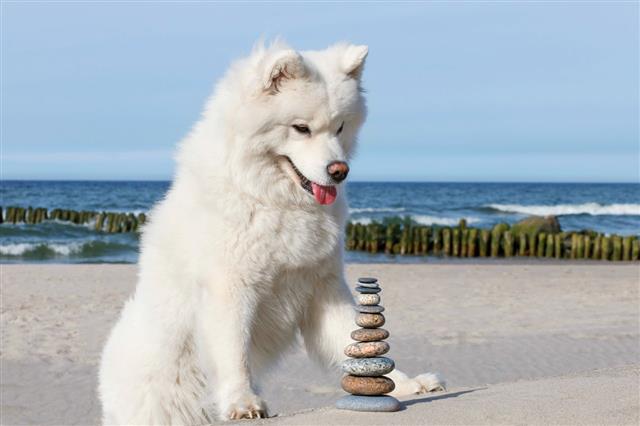 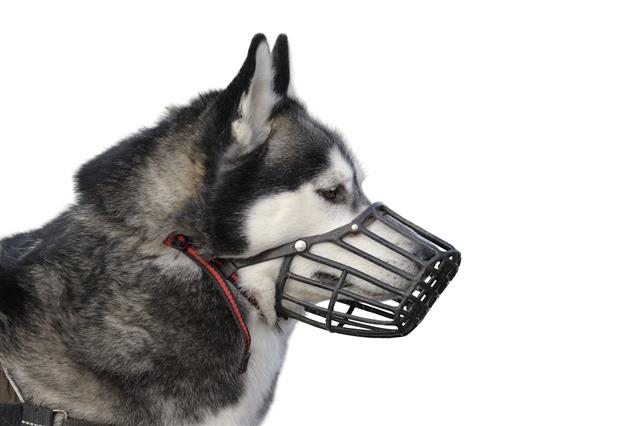 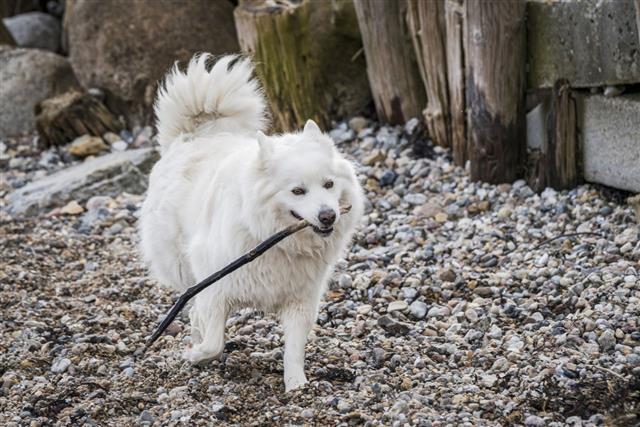 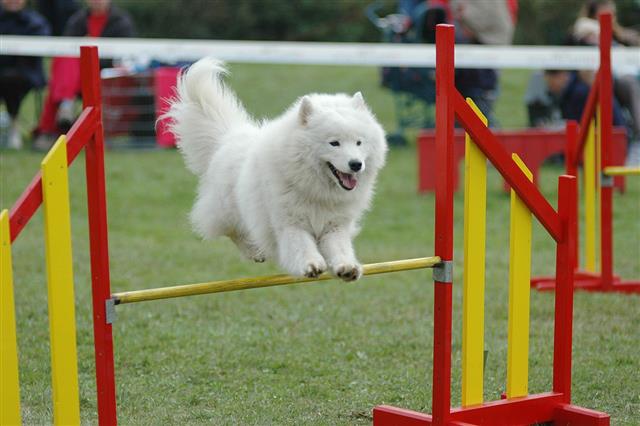 The most famous sled dog was the black Siberian husky, “Balto”, who was the lead dog of the team in the final run to Nome during the 1925 Serum run. A monument in his likeness was erected in New York City, ten months after the serum run, and an animated movie of the same name was made in 1995.

Scientists believe that dog sledding has been in existence since the past 3,000 years, and has been used for transporting a variety of goods. The northern Inuit tribes originally bred special dogs for sledding so as to travel between villages. Later, the gold rush in North America saw the increased use of these dogs to transport the mined gold from the mines to destinations, which could not be reached otherwise. Dog sleds were also used for mail deliveries, as well as patrolling the frontiers of the state by the border patrol. However, the event that has made this practice popular is the 1925 serum run to Nome, which involved the transport of the diphtheria serum to Nome from Anchorage via the help of 20 teams of mushers and their dogs. In recent times, dog sledding was utilized to map out the landscape of the North and South poles, as the layers of ice are too fragile for the use of snowmobiles and other such vehicles. Due to these events, the period from late 1800 to early 1900 is termed as the “Era of the Sled Dogs.”

The main criteria to be taken into account while choosing a sled dog is the breed’s strength, endurance, speed, and stamina.

The weight of these dogs can range anywhere between 50 to 70 lb.

Due to the presence of tough, webbed feet with closely placed toes, these dogs can run at speeds of about 28 mph.

The dogs are bred so that they are not overly aggressive in a pack, and are docile and manageable on the trail.

As the dogs burn up almost 12,000 calories in a day while running, their diets have to be high in fat content.

They show the presence of double coats. The outer layer of the coat helps in keeping the snow and moisture away from the body, and also acts as a primary barrier against the cold winds. The inner layer acts as a layer of insulation, keeping the heat of the body constant and preventing any undue loss of body heat.

This breed is not a pure breed, as the sole purpose of breeding it is to pull sleds. Hence, it is a mongrel breed, having evolved from breeding various Nordic breeds. It has a short to medium length of body coat. The males weigh about 40-60 lb, while the females weigh 35-50 lb. Their main winning attribute is the speed at which they can run.

Despite their affectionate persona, these dogs do not back down in the face of danger. This is mainly due to their lupine origins. Also, they cope easily with new and changing surroundings. They are loyal dogs, and are in constant need of activity. They can jump to heights of about 6 ft and more. They are gifted hunters, but have to be trained to retrieve. They also have an excellent sense of smell and sight, while their swimming skills are average.

It belongs to the Spitz group of dogs, and its lineage can be traced back by 2,000 – 3,000 years to the tribes of Mahlemut in Alaska. It was appointed as the official state dog of Alaska in 2010. Dogs of this breed show a vast variation of size and weight. They are fiercely independent, and are quite resourceful if left to survive on their own. They are quite affectionate as well.

They are an Arctic domestic breed, bred for power and endurance. An adult trained male is capable of pulling weights of 1,000 – 3,000 lb. Due to this quality, they are used in expeditions and to transport heavy goods. They also display a high hunting drive, and love to track and hunt smaller animals.

It is also known as Canadian husky, Esquimaux Husky, or even Kingmik. It is one of the oldest and rarest breeds of domestic dogs, and is currently an endangered species. Its physical features stress on the fact that these dogs were bred for hard labor over speed. The appearance of the males is distinctly more masculine than that of the females.

These dogs need very high intensities of physical labor. They are affectionate, intelligent, and highly trainable. Their alert nature makes them a good choice for watchdogs. They also have a very high prey drive and can spot and track seal holes and polar bears from a great distance.

At present, they are used to pull sleds for the purpose of entertaining tourists. They are also used commercially for polar bear hunting. It was adopted as the animal symbol of territory by the Canadian territory of Nunavut in 2000.

It is a powerful breed of working dogs, which are believed to have descended from the original set of dogs that were brought to Greenland by the early settlers. Due to their history and nature of living in packs, these dogs need to be handled with authority and confidence.

They are immensely loyal and protective of other dogs in their pack as well as of their owners. Their great physical strength and endurance makes them ideal as sled dogs. They are able to surpass and tackle the toughest of terrains and conditions with ease.

These dogs were used by various explorers to traverse and explore the North and South poles.

It is a medium-sized dog of German origin, and closely related to the Spitz family of dogs. It also bears a resemblance to Pomeranians. They are easy to train, and have quick reflexes. They are a very alert and obedient breed. Their nature of being quick learners causes them to pick up habits unintentionally; hence, proper training is crucial.

They also tend to be clingy towards their owners, and have been called “owner’s shadows” due to their habit of continually following their owners. They are excellent watchdogs, but are not very aggressive. They need human or canine company, without which they become unhappy and depressed. Due to their affectionate disposition, they are also called the “Smiling Dutchman”.

This breed was bred by the Samoyedic tribe of people hailing from Siberia. It is also called Bjelkier. Samoyeds exhibit great agility and good herding capabilities. They can be used to a certain extent as herding dogs as they were used to herd reindeer in the past.

They are usually of a medium built with short legs. They have a very friendly personality, and hence do not make great guard dogs. They do, however, have a tendency to bark when a stranger approaches their territory. They are also very alert and obedient, and train well. However, this breed does have a lot of health concerns as it ages, including diabetes, hip dysplasia, retinopathy, and also hereditary glomerulopathy.

This breed shows evidence of its lupine heritage by the way it howls instead of barking. Its personality also has smatterings of wolf-like behavior. They have high energy levels along with a high prey drive. The pack quality shows through in its desire for human or canine company.

They also make constant attempts to roam freely and to escape, and hence require regular training and reinforcement of authority. Due to their gentle nature, the Chukchi people use them to take care and watch over the children in the tribe. They are fast runners, and are used in sledding for their speed and endurance.

This breed originated in Finland, and has descended from the Siberian husky and the Alaskan malamute. Tamaskan dogs are bred to exhibit a lupine appearance. They are highly intelligent and obedient dogs, and hence, excel at training. They are very agile and have a keen sense of smell. This coupled with their stamina and endurance make them ideal as search and rescue dogs.

They have a love and affinity towards digging holes. Their history as sled dogs causes them to pull hard when on a leash. They are very sociable, and become depressed when left alone for long periods of time. This leads them to exhibit destructive behavior.

Although traditional sledding has become obsolete in recent times due to the invention and use of snowmobiles, dog sleds are still used for sensitive expeditions at the north and south poles. In addition to this, to commemorate the legacy of mushers, numerous dog sledding races are held annually. The most popular of examples of such races are the Iditarod Trail Sled Dog Race and the Yukon Quest. These races are organized with the hope of keeping the dog sledding culture alive and to protect and propagate the sledding dog breeds. 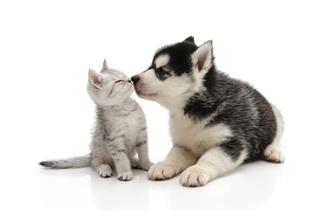 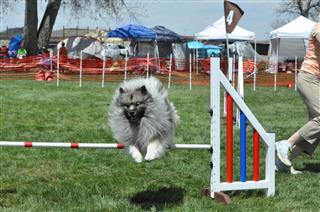 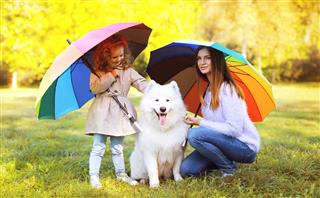 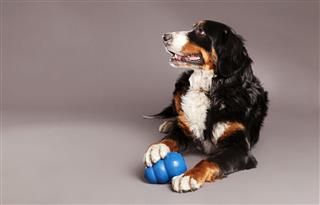 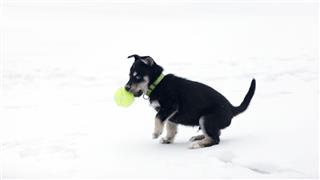 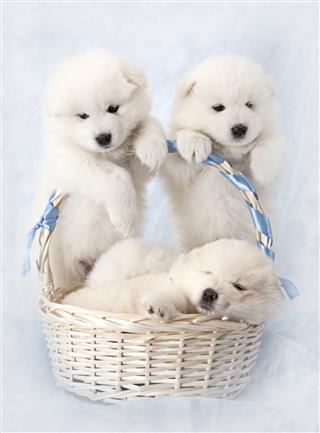 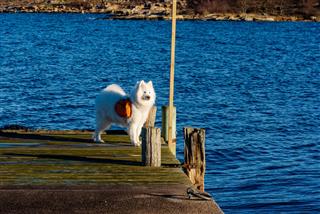 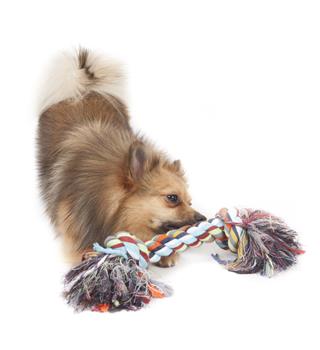