The Saarloos Wolfhound and the Czechoslovakian Wolfdog are two breeds of dogs which may not only look alike, but also have the same birth origins. As the names suggest, both breeds are a cross between a wolf and a dog. This hybrid experimentation was conducted to make a breed that was disease-resistant. This article provides a Saarloos Wolfhound vs. Czechoslovakian Wolfdog comparison, for better understanding. 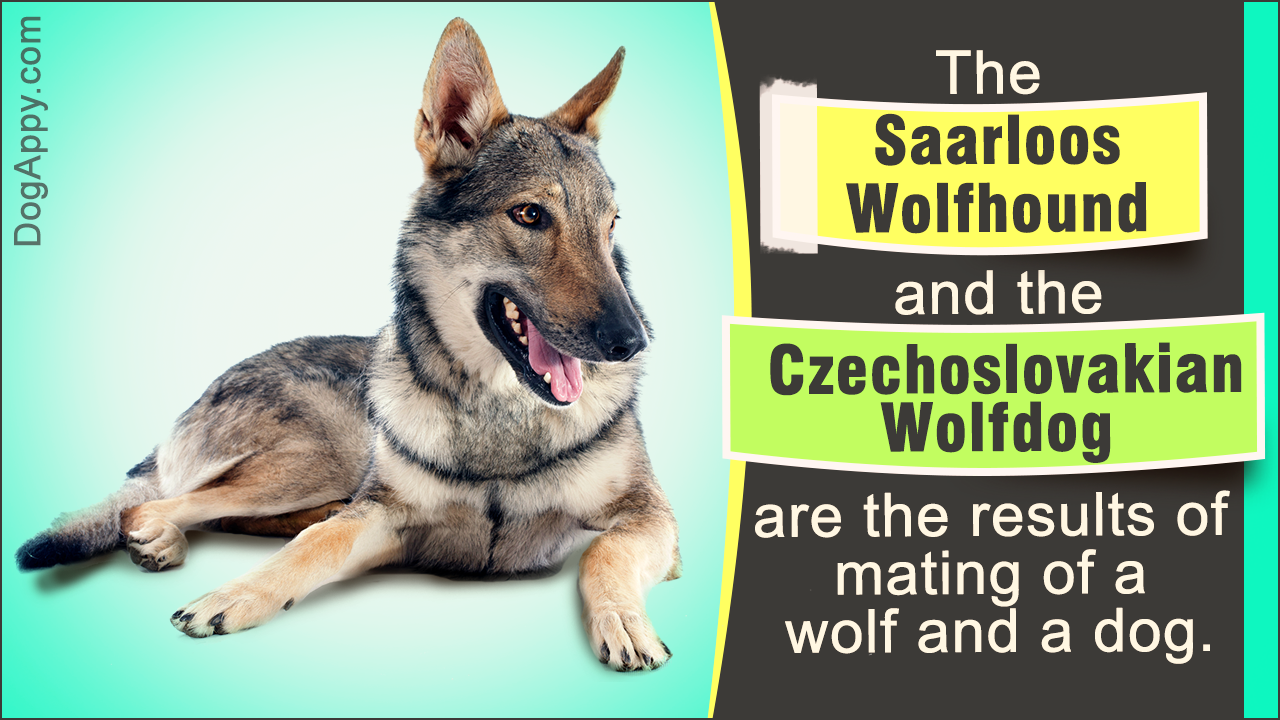 The Saarloos Wolfhound and the Czechoslovakian Wolfdog are two breeds of dogs which may not only look alike, but also have the same birth origins. As the names suggest, both breeds are a cross between a wolf and a dog. This hybrid experimentation was conducted to make a breed that was disease-resistant. This article provides a Saarloos Wolfhound vs. Czechoslovakian Wolfdog comparison, for better understanding.

The Saarloos Woolfhound and Czechoslovakian Wolfdog were made famous by the fictional character White Fang by Jack London. But due to their extremely high prey drive, there have been many cases of attacks on humans by these breeds. Wolfdog breeds have been banned in Norway.

Wolfdogs, as the name suggests, are share the genetic lineage from two distinct animals. Though, their physical appearance may be similar to each other, both wolves and dogs have temperaments that stand contrary. While dogs are easy to train and love playing with children; wolves are very proud and stubborn to be trained, and keeping them with children can be a little tricky and very risky. Now image both these contrasting characteristics in one animal. These wolf dog breeds, genetically take the best of both the parents. You can train them, but you will require patience, and love. They are wonderful herding dogs. Very alert, loyal, brave, protective, ferocious, and if you’ve done you’re part right then very loving.

Here’s a comparison of the Saarloos Wolfhound Vs. Czechoslovakian Wolfdog. 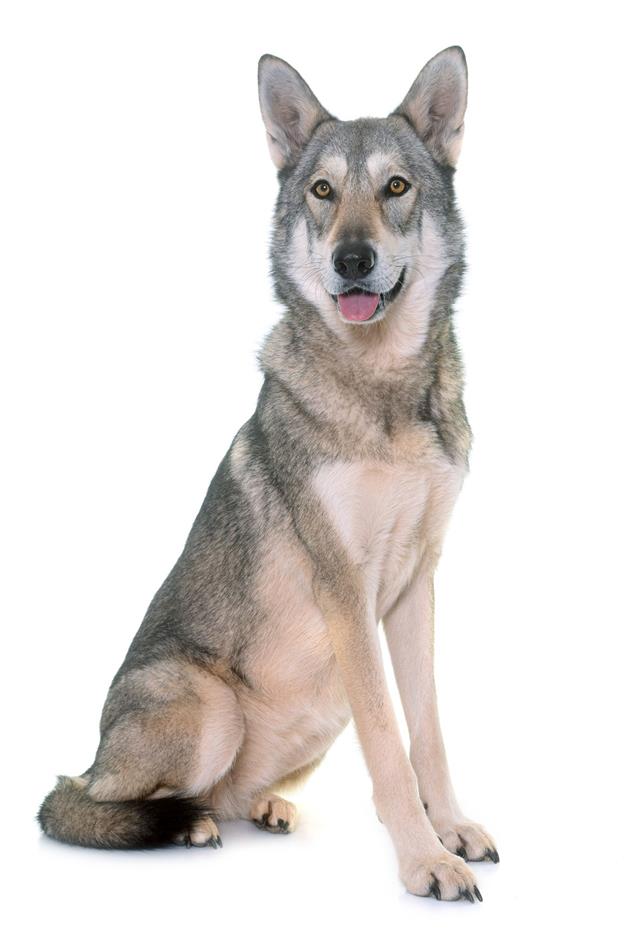 History: Leendert Saarloos bred a male German Shepherd with a female wolf, as a result creating this beautiful hybrid.

Heavy Petting: While dealing with them, especially when it comes to training them, bear in mind that you are not dealing with any ordinary easy-going breed like a Labrador. You have a wolfdog, which is part dog, part wolf. It is naturally inclined to pack culture, which means that you need to be an alpha male. The sooner the dog realizes your dominance, the easier it is to get it to be more obedient. This is especially a problem which you may find when you have a male puppy. They are cynical and not recommended to live with children, unless they are brought up with them. Groom them once a week, but bathe them less often, as it can disturb the oils on the coat and skin. This breed has a tendency toward shyness and is quiet. They rarely bark, alerting homeowners in other ways.

History: In 1958, Mr. Ing. Karel Hartl successfully managed to breed ‘Brita’ the wolf with a chosen German Shepherd dog (GSD) ‘Kurt z Vaclavky’ at the Libejovice breeding station; and the first litter or Czechoslovakian Wolfdog pups were born on 28th May 1958.

Heavy Petting: This breed is clean and odorless, as it sheds heavily twice a year, like its parents. Bathing is unnecessary, as the coat is dirt-resistant. Dry shampoo the dog occasionally.

Monks have successfully tamed tigers into house cats. A lot of love and patience can transform the most fierce creature into docile loving beings. So, if you are thinking of owning a Saarloos Wolfhound or a Czechoslovakian Wolfdog, you need to remember that it, like any other creature, requires love, care, and patience. At the same time, they are fierce animals which share a genetic predisposition with wolves. So, if you have children around, do keep an eye on them at all times. 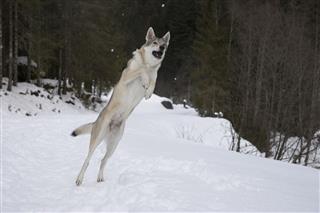 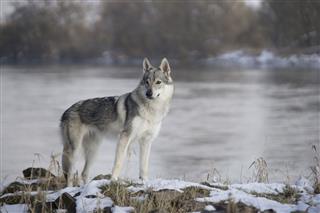 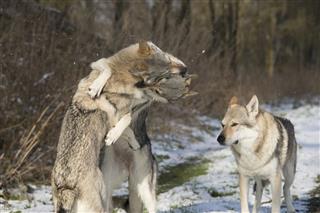 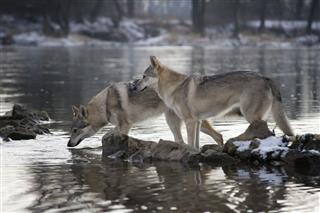 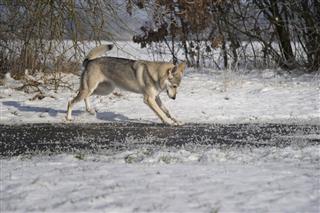 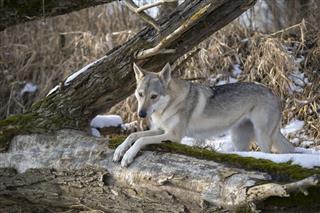 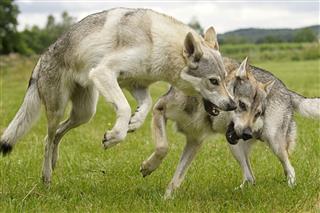