Naming pets is a Herculean task, especially when you have one of those cool brightly-colored reptiles, such as a Leopard gecko. This PetPonder post aims to suggest some names for the same. 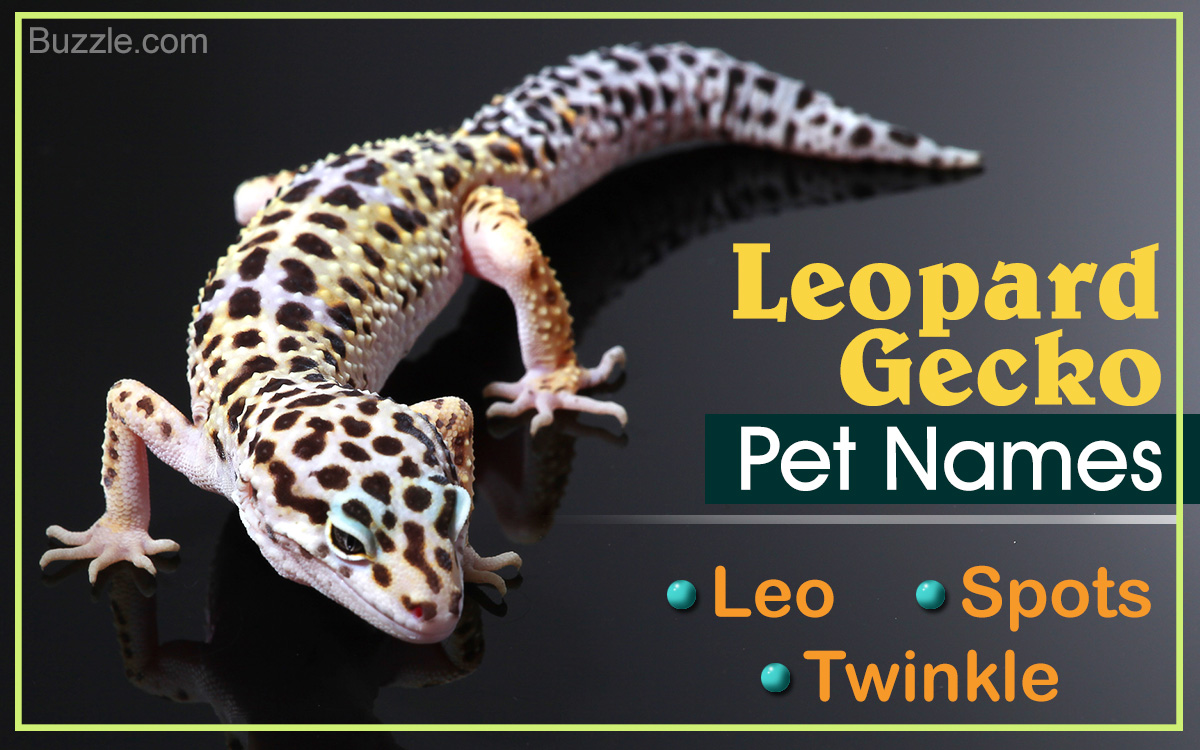 Naming pets is a Herculean task, especially when you have one of those cool brightly-colored reptiles, such as a Leopard gecko. This PetPonder post aims to suggest some names for the same.

Leopard geckos are found in the hot and dry regions. They are abundantly found in many countries of Asia such as Pakistan, India and Afghanistan. They are nocturnal reptiles. Studies also reveal that these lizards have by far the best eyesight in comparison to other lizards. These lizards have also emerged as one of the most sought-after pets in America, owing to the ease with which these can be bred. The other reasons being their sturdy nature that doesn’t demand extreme attention and care.

Eublepharis macularius is your favorite Leopard gecko, whom you so much adore. The scientific connotation is a little drab, but the creature is a real antithesis of the nature of its name, and is a little bundle of exuberance. Hence to christen it on the lines of fun is almost a pressing need. It’s thus important that you have a befitting name to suit this terrestrial creature. This article would aid you in your expedition to find some really cute, cool, and catchy names for your spotted gecko. Here’s some of the names enlisted below for both the genders of the creature.

Names For Your Male And Female Pet Leopard Gecko

These were some of the names you would like to name your leopard gecko with. All you need to do is just ensure that you try to name it as soon as possible, preferably within a fortnight of its arrival, so that it gets acclimatized to its name, for it will bear the name till it remains with you which could be almost close to two decades, if adequate care is imparted to it.