Wondering about cute Rat Terrier Mix dog breeds? Oh, you want to have one? Then read this article to gain some more information about some of the most common Rat Terrier Mix breeds and their behavior. 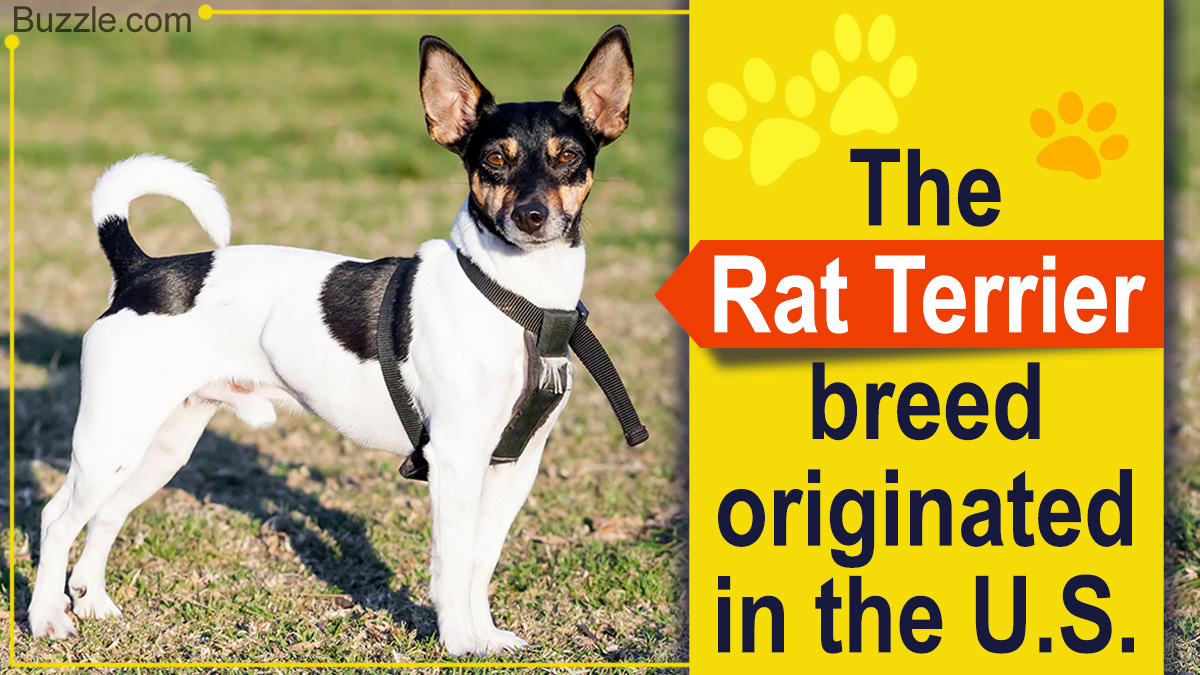 Wondering about cute Rat Terrier Mix dog breeds? Oh, you want to have one? Then read this article to gain some more information about some of the most common Rat Terrier Mix breeds and their behavior.

One of the most popular varieties of dogs, Rat Terrier Mix is one of the most common types among terrier dog breeds. They are known to be one of the best varieties of hunting dogs and have traditionally been used to hunt foxes, rabbits and rats. They were widely used in Britain in the past, and they were brought to the USA by British immigrants. Rat Terriers are actually a crossbreed between Smooth Fox Terrier and Manchester Terrier. Some of their characteristics are similar to those of the ‘feists’ variety, especially in relation to their hunting qualities.

There are different varieties of dogs in Rat Terrier Mix breed and the following paragraphs will give you some more information of two of the most common ones, besides giving some information on how they look, their temperament and the kind of living conditions they prefer. This will help you in knowing about different dogs of this type, so that you know which one suits you best.

Liveliness runs in their genes, and Rat Terrier Mix puppies are no exception. You need to take care of these little creatures as they are prone to injury early on in life. These puppies can be quite messy, so you need to train them from a very early age. If you live in a cold region, it’s better if you can provide warm places for these terrier puppies to live in as extreme cold can harm them. Initially they may not play with you much, but over time they would. If you care for them and give them treats, they would come close to you faster than you can expect. Some of the most common treats these puppies love include meats, cookies and biscuits, but make sure that you give them small portions. You need to trim off their hair as they grow very fast.

Beagle Rat Terrier Mix is one of the most common varieties, and are one of those dogs which can learn very fast. Rat Terrier and beagle dog varieties are crossbred to produce this variety of dogs. Their muscles are well-built giving them strong shoulders and chest. Some of the most common colors of these dogs include black and tan with patches of white, red tick, chocolate, red and sables. They weigh in the range of 12 to 25 pounds and can grow up to a height of 25 inches. If you live in an apartment, you need to take your pet out of your house for at least half an hour every day, as they need some exercise to remain healthy. As these dogs are highly active, you need to try to provide enough space, so that they can play around. An important personality trait is that, they love digging and jumping over fences. So if you have a fenced yard, make sure that it’s high enough. The average lifespan is about 15 years. Knowing about beagle terrier Mix might help you find the similarities (if any) and the differences between them and the beagle Rat Terrier dogs.

Grooming this dog is easy, you just need to brush its hair occasionally, so that dirt is removed. If you want to use soap or shampoo, make sure you use mild ones to wash it, and that too occasionally. Trim nails as and when necessary, and most importantly check its stool and mouth for infection.

Chihuahua Rat Terrier breed is another variety which can make a good pet breed. They are a cross between chihuahuas and Rat Terrier Mix, and are lively and fearless. Their carefree nature, makes them bond well with their masters. Moreover, they are very loyal and alert animals, which makes them one of the best varieties of dogs to be kept as guards. Similar to chihuahua dogs, they can live for around 17 years, if properly cared for, but their bones are very weak. You may have found that pets usually become aggressive when they see strangers. That’s because their owners have not taught their pets to socialize. You may face the same problem if you don’t train your pet to socialize.

This dog is also referred to as puggat. If you live in a small apartment then this a right pet for you as a puggat does not bark easily. It has a muscular and compact body and has inherited barrel chest from the Rat Terrier and are easily identifiable with dark marks on tips of tail, ear and muzzle. A mature puggat normally weighs under 17 pounds and can sport short hair, long legs and a curled tail. Housebreaking puggats is really useful in taking out some of the stubbornness in these dogs. They are lively, loves outdoors and they love physical activity as they run very fast and can jump really high. Temperamentally, these are good pets, like to meet new people and can easily be around kids. If you are a active person or have active family then a pet of Pug Rat Terrier Mix dog breed is one of the right pets for you.

Dachshund Rat Terrier Mix, Jack-Rat Terrier, Teddy Roosevelt, American Hairless Terrier, Foxy Rat Terrier Mix, Decker Rat Terrier are other varieties which you can look at. There are other terrier breeds like Jack Russell terrier, Boston Terrier and Yorkshire Terrier, which have characteristics similar to those of Rat Terrier Mix dogs. You may like them as pets. By and large these dogs are quite playful and loyal, and are one of the best varieties of dogs that can be kept as pets.