Rat poison and dogs make the most deadliest combination in the world. For the safety of your pet, it is advised to keep the two as far way as possible. More information is provided below on its symptoms and treatment.

Rat poison and dogs make the most deadliest combination in the world. For the safety of your pet, it is advised to keep the two as far way as possible. More information is provided below on its symptoms and treatment. 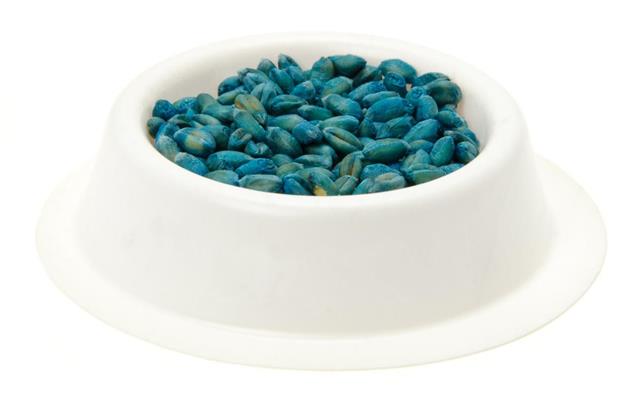 Like any form of poisoning, rat or rodenticide poisoning can be a heartbreaking experience if your dog consumes the poison. Needless to say, rat poison should not be in close proximity of the dog. Since it can prove to be dangerous and almost irreversible, and thus, unlike other illnesses, sadly, often results in death.

It’s important that you know the various kinds of rat poison. Primarily, there are three types of poison. The first kind is the basic anticoagulant, second is anticoagulants that are designed to affect the brain directly, and the third kind kills rodent by increasing their calcium level, which causes a cardiac arrest. Your dog can be exposed to the poison in two ways―either by directly consuming the pellets, or by eating a dead rat or a dying rat who has consumed the poison. In dogs, this can be highly lethal if timely care is not taken.

The symptoms are unfortunately visible only after a week or more of the consumption of the poison, which is why the treatment is tricky. Rat poison affects the dog by causing internal bleeding, and hence, timely intervention is very important. In the onset of poisoning, the dog will appear lethargic and weak. The very first symptom will be a mild cough, which if ignored, will cause breathing difficulty in the dog in a day or two. He may refuse food and catch a fever, followed by drooling, vomiting, and diarrhea, and as the poisoning reaches the final stage, signs of internal bleeding will become prominent. Blood in stool, urine, and saliva are the first give-away indicators, and also the bright-green colored stool which is caused due to directly consuming the poison. The poison causes nasal bleeding and bloody discharge from the rectum, which occurs due to blood thinning.

The sooner you notice the symptoms, the better. In the initial stage, if you notice any changes in the dog’s behavior and you suspect poisoning, then start the treatment by inducing vomiting. To do this, give your dog salt water to drink. If this doesn’t help, ask the veterinarian to flush out the contents of the stomach. He may also give your dog activated charcoal to cleanse its digestive tract. Give your dog an optimum dosage according to his weight, of vitamin K to promote coagulation. If for some reason the treatment has been delayed, it is wise to go through with a blood transfusion. Also make sure that the dog is hydrated enough. It may be necessary to put him on saline drips.

Nothing can replace prevention, especially when one is dealing with rat poison, as it is highly toxic, and tragically a slow killer. So take the necessary precaution against harmful food to avoid poisoning. Place rat poison pellets in such an area that you are sure your dog will not get to. Avoid using pesticides that can be fatal for your pet. It is important that you know how dangerous these rodenticides are―they don’t attack the stomach but directly affect the blood. So please avoid any careless mistakes that could cost you your pet’s health, and keep low lying areas away from rat poison. If you are using the poison, keep an eye on the dog and dispose off dead rats before your dog finds them.

If you suspect that your dog may be suffering from poisoning, please don’t waste anytime in taking him to a veterinarian. Time is the essence, and the only way to fight the problem is to undertake first aid for poisoning as soon as possible. Don’t ignore any symptoms, especially if you are using rat poison at home. Better be safe than sorry.