If you're planning on keeping rabbits as pets, then it is extremely important to know the kind of habitat that they thrive in. This will allow you to re-create the same for them at home. In this following article, we will focus on what comprises the habitat of a rabbit and how to go about duplicating one for your pet rabbit. 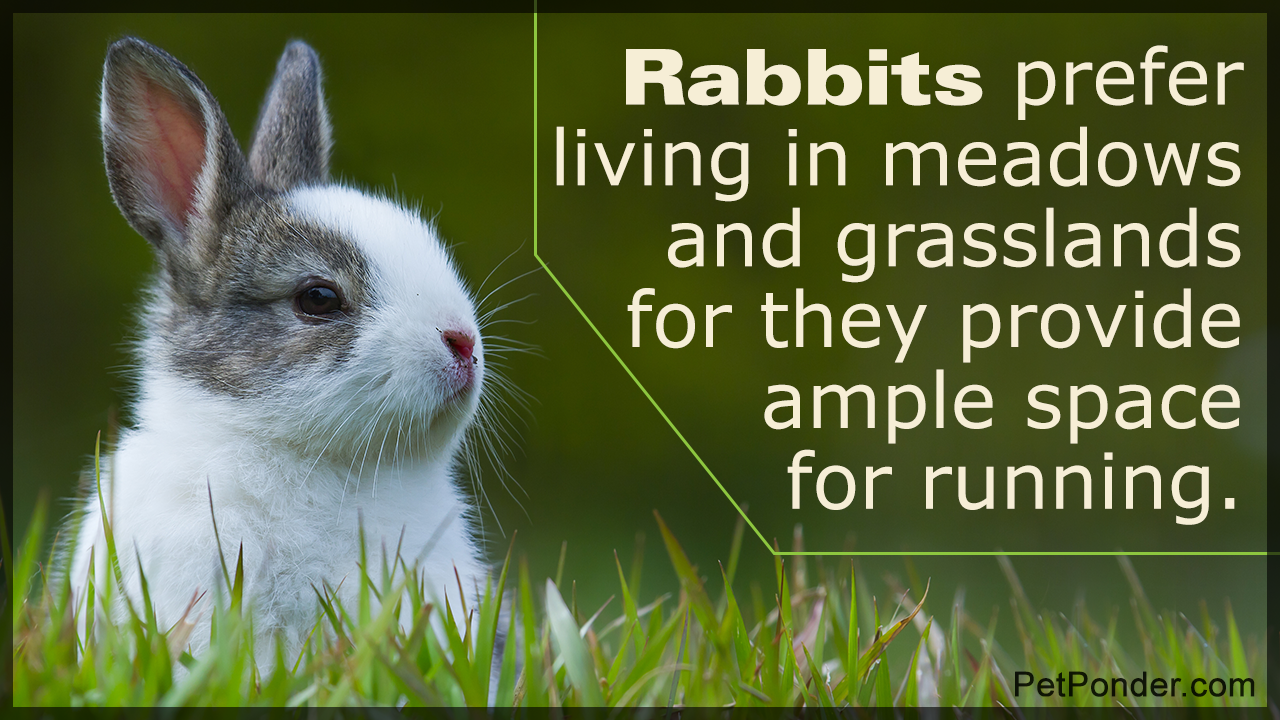 If you’re planning on keeping rabbits as pets, then it is extremely important to know the kind of habitat that they thrive in. This will allow you to re-create the same for them at home. In this following article, we will focus on what comprises the habitat of a rabbit and how to go about duplicating one for your pet rabbit.

Is it just me or does the rabbit (any rabbit) make one go all awwww (for the lack of a better term) at their cuteness? Rabbits are some of the cutest species, if the article picture is anything to go by. If you live in the city, the chances are that you’ve probably seen them only at zoos. It’s only those who have farms (and who keep rabbits) who know what the habitat of a rabbit is all about. Now there are two reasons why you would want to know about the rabbit habitat. One, for general knowledge and two, if you are thinking of getting one as a pet. For reasons we just mentioned, let us learn something more about the habitat of rabbits in the following sections.

Habitat of a Rabbit

Habitat in the Wild

A rabbit habitat is one in which the rabbit naturally exists and lives. Rabbits prefer to live in places that have a moderate climate. Rabbits who live in their natural surroundings and habitats live in meadows, forests, grasslands, sagebrush, woods, deserts, wetlands, and dense thickets. These are places that are ideal for a rabbit because they allow a rabbit to create burrows, where they feel safe and protected, as well as allows them the opportunity to explore their surroundings. In addition to that, all these places are out in the open and therefore they allow a rabbit plenty of space for running. This is an essential feature of the habitat of a rabbit because it helps the rabbit to keep fit.

Since there is a wide range of rabbit habitats, different rabbit breeds are found in different habitats — the Eastern cottontail rabbit is primarily found in the grasslands of North and Central America, South America, and Southern Canada, while the Swamp rabbit occupies the wetlands of Southern America. As the name suggests, the Desert Cottontail rabbit is found in deserts and primarily dwells in the deserts of Montana, Texas and parts of central Mexico. The Pygmy rabbit is found in the sagebrushes of western America, and the breed of Tapeti rabbits are seen to occupy the forests of Brazil, Peru, Bolivia, Belize, Panama, Argentina, Mexico, Honduras, and Venezuela.

In the wild, the rabbits build warrens for housing. These are essentially burrows which have several tunnels that interconnect them. These warrens have spaces and areas that are especially designated for varied purposes like sleeping or raising the young. They have a very small opening so that once the rabbit escapes into the burrow, his predator will not be able to attack him. Another purpose that it serves is that it allows the rabbits protection against the heat and cold in the summer and winter seasons respectively. The rabbits spend most of their time in the burrows where they feel secure and protected and are only seen to come out during dawn, early morning and dusk.

When creating a housing area for a pet rabbit, it is important that you remember all the features of the habitat in the wild so that you can duplicate the same. This is necessary because it helps the rabbit to adjust to the created habitat better. That does not mean that you simply re-create the physical structure of the burrows and warrens, but understand why the habitat of a rabbit is important for it. The habitat of the rabbit needs a particular structure (like the interconnected tunnels) to keep the rabbit occupied and engaged.

If one is able to create a housing area that closely resembles the natural habitat of the rabbit in the wild, then it will be easier for the rabbit to adjust, and you will have no trouble with an ill-adjusted pet rabbit.

Condos are multi-storied cages that are especially built to re-create the same effect of the warrens. These work best if you have more than two rabbits for pets.

There are several ways in which you can create a condo. Use natural substances to form the basic structure or remodel already existing cages by placing them one on top of the other and then getting rid of the walls. The idea is to create shelves and tunnels. Fill the cages with mud and plants to give it a more natural feel. While modeling a burrow for the rabbit(s), make sure to include a small box that is filled with hay so that the rabbits can escape into this whenever they feel the need to feel safe and protected.

How you decorate the cage is entirely your choice – like if you do not want to clutter the cage with mud and plants, but instead want to keep it plain; or fill it with a stray toy here and there. If you’re not the creative type, you can buy a ready-made cage from the store just as well. Here are some things that you should keep in mind when going in for, or creating a condo.

Now that you know some of the facts about rabbits, it’ll be easier to provide for the most suitable rabbit habitat and keep it as a pet. Do keep these pointers in mind when building a home for your rabbit. 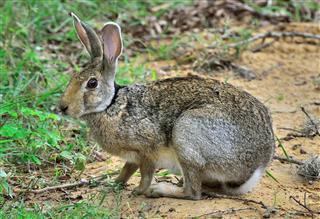 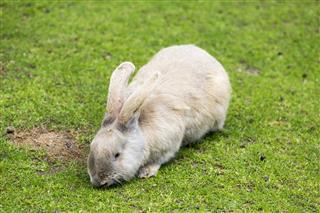