Despite its flaws, the PetSafe Simply Clean was the automatic litter box I've been yearning for. Oh, and it was under $100!

Despite its flaws, the PetSafe Simply Clean was the automatic litter box I’ve been yearning for. Oh, and it was under $100!

Oh, the litter box. It’s the bane of the existence of any cat lover. Sure, while we like that our cats don’t have to be escorted outside to do their business, it’s not much fun to clean up after them, either. The box situation is even worse when you have multiple cats―of course, there are some cats, like our Sifka, who just love to make the whole situation even more difficult, too.

Sifka is a shy, medium-hair black cat, with round yellow eyes and the saddest little meow you’ll ever hear. Well, you probably won’t hear it. She is incredibly shy around people she doesn’t know. My boyfriend had her for two years, before his mom, who was at his apartment once at least every two weeks to help him get groceries (don’t laugh, he’s in college and doesn’t have a car!), finally saw Sifka in person. She was probably hiding underneath his desk or darting across the room towards the desk just as his mom was coming in, because that’s pretty much the only time anyone other than he or I see her.

Knowing that Sifka is incredibly shy, and easily spooked by loud noises, I figured most automatic boxes were out of the question. She would never go near it, I figured. The minute that rake started, she would dart away and never come back. The PetSafe Simply Clean is designed so that the round litter pan turns ever-so-slowly, so that the cats barely notice it. In fact, you have to really stare at it to notice it yourself! The litter is sifted onto a rake-like conveyor belt, where the clumps and poops will travel upwards and then fall into a waste basket on the other side of the machine.

She also likes to keep her silky black fur clean, so rather than bury her poops like a normal cat, she leaves them unburied for the whole world to see and smell. Nice of her, huh? Once the poops are scooped up by the PetSafe Simply Clean, they are deposited into a little box on the back that is completely covered up. In fact, they even recommend using old shopping bags to line the box with! Other manufactures require you to buy special cartridges, bags, or disposable boxes, but this system actually encourages you to reuse what you already have at home. Once you spend the money on the initial system itself, you’re done.

All of this has solved the problem we’ve had with Sifka’s worst little ‘quirk’―she wouldn’t use the box if it got too dirty, so she’d find another place to do her ‘business’. Now, we really did try to scoop the boxes every day, but there were days when both of us were tired or we would forget. Just one day is all it takes for three cats to fill up two litter boxes, and we don’t have a good spot in our apartment for a third.

Her favorite ‘alternate litter box’ became our dirty laundry hamper. Yes, I know, disgusting, right? At least it was the dirty laundry! Still, it was really upsetting. Now, we have just the one Simply Clean box in the bathroom, and it does the job. She hasn’t had any ‘accidents’ in the month since we brought it home.

As great as this box has been for Sifka, there have been a couple problems with it, mostly related to one of our other cats, Wesley. As you’ll see on the box or on Petco’s website, the PetSafe Simply Clean is recommended for cats 12 lbs and under. Wesley is probably getting close to 15 lbs these days, despite my best efforts to get him to lose a few pounds. A larger cat won’t break the box or anything, but you’ll notice that it is a little small for them.

He uses it just fine, but he makes a bit of a mess by kicking litter out the sides. It comes with an attachable ‘litter guard’, but it’s still a little shallow. I’ve heard of other Simply Clean owners putting their boxes in a small plastic children’s swimming pool, but personally, I haven’t got room for that. I saw someone who “hacked” the litter guard by gluing on some plastic wall edging stuff he got at the hardware store, so I may have to look into that!

So, overall, I HIGHLY recommend the PetSafe Simply Clean! It’s only $89 on Petco.com right now, and I bought mine at Petsmart for $89, too. It’s an incredible price for a high quality machine that works well. Now, before getting any automatic litter box, remember that these machines are not completely trouble-free―you do need to purchase a good clumping litter (I recommend Tidy Cats!), clean off any debris that sticks to the moving parts, and don’t just throw it away if something breaks!

Call the company and they will send you a new part or a new box. I’ve heard excellent things about their customer service, so obviously they stand by their product. So, while not completely hands-free, it sure is a LOT less work than scooping two boxes daily!

Oh, and not finding poop in the laundry basket is a plus. 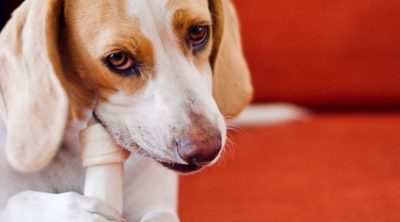 The Pet Pantry: Holistic Pet Food You Can Count On 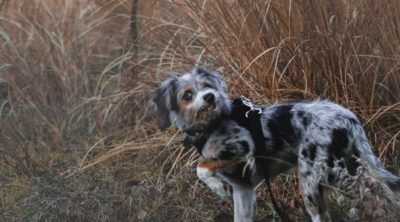 How Important are Pet ID Tags? 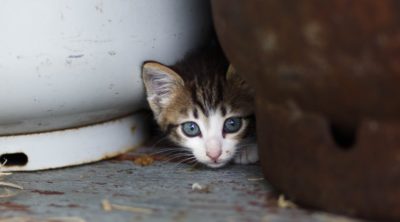 Check Out These 4 Providers of Pet Insurance Texas