Getting home a dog can change your life completely. If you want to get a dog that is compatible with your spacious lifestyle living, then the wolf-like Tamaskan dog is the one for you! Here's more about the Tamaskan dog breed so that the experience with your dog can be a rewarding one. 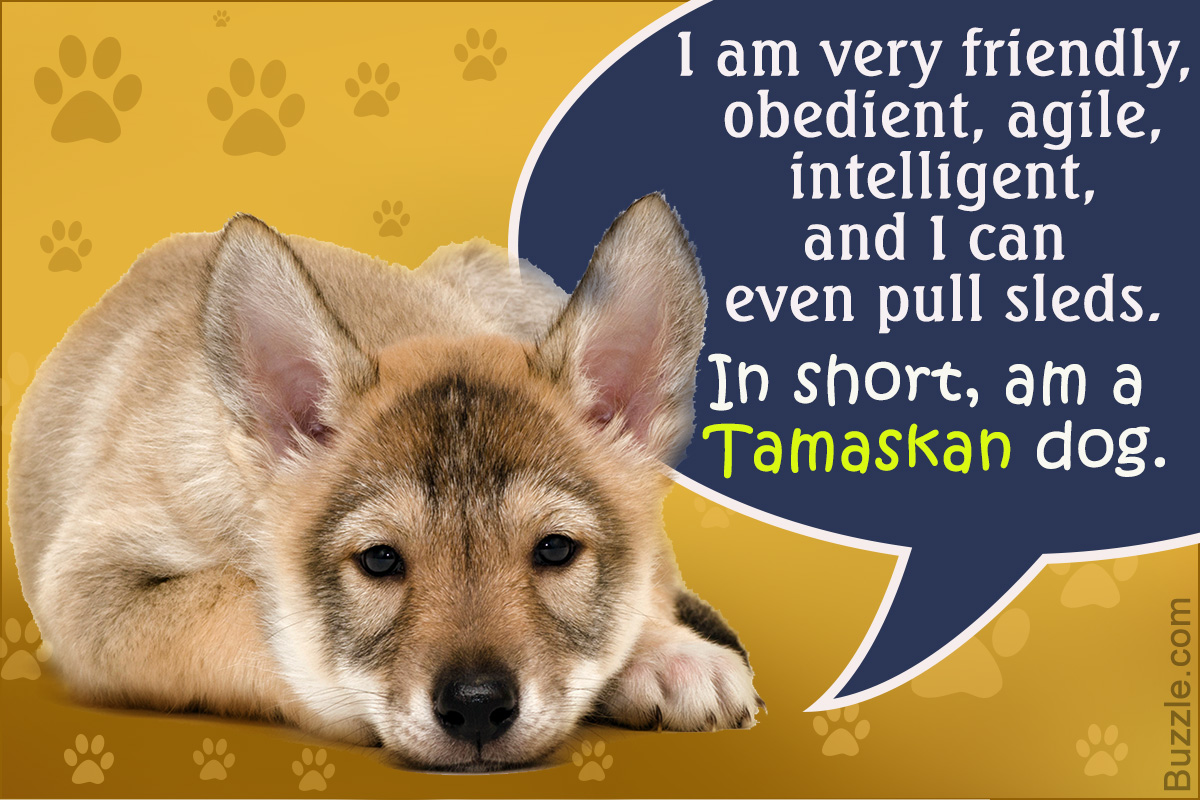 Getting home a dog can change your life completely. If you want to get a dog that is compatible with your spacious lifestyle living, then the wolf-like Tamaskan dog is the one for you! Here’s more about the Tamaskan dog breed so that the experience with your dog can be a rewarding one.

The Birth of Tamaskan Breed

Tamaskan breed is a cross of sledge dogs – Siberian Huskey, Alaskan Malamute and some wolfdog. The Tamaskan dogs are just bred to look like wolves, and are way bigger than their sled-dog ancestors. Sled-dogs were mostly used in arctic areas, such as Alaska, Greenland and Canada, for transportation purposes.

The word “Tamaska” means the “mighty wolf” in the Native American language. The Tamaskan dog is a crossbreed of sled-dog type that first originated in Finland. There are around more than 400 Tamaskan dogs registered worldwide. These are classified as the ‘working’ breed. They can be trained to assist humans in various tasks. Take a look below to know all about this dog.

Where did they come from?

The Tamaskan dog breed first originated in Finland. In the early 1980s, five dogs of Siberian Husky origin were imported from America to the UK. These dogs were then bred to Alaskan Malamute, German Shepherd, and Siberian Husky to create a wolf-like dog. The appearance would be like a wolf, and the temperament, traits, and intelligence like that of a working group and family dog. The first litter of Tamaskan puppies was produced in the year 2002, but the name Tamaskan did not exist then. It was only in 2006 that they were registered in the newly formed Tamaskan Dog Registry and named Tamaskan dogs. Since then, they have been bred and developed in many parts of the world.

How do they look?

Grooming and Activities They Love

The Tamaskans make wonderful family pets. It is advisable not to adopt this breed if it’s your first time petting a dog. You should have some prior experience with the canine, as the Tamaskans have a demanding exercise schedule and a tough training regime. Now that you have learned about this breed, don’t waste time! Just go and get this energetic and cheerful creature home, and see how it changes your life.