Osteosarcoma is a type of bone cancer which is characterized by rapid progression. This cancer has been observed to be more prevalent in large and giant dog breeds. Find out more about its causes, symptoms, and treatment, through this article. 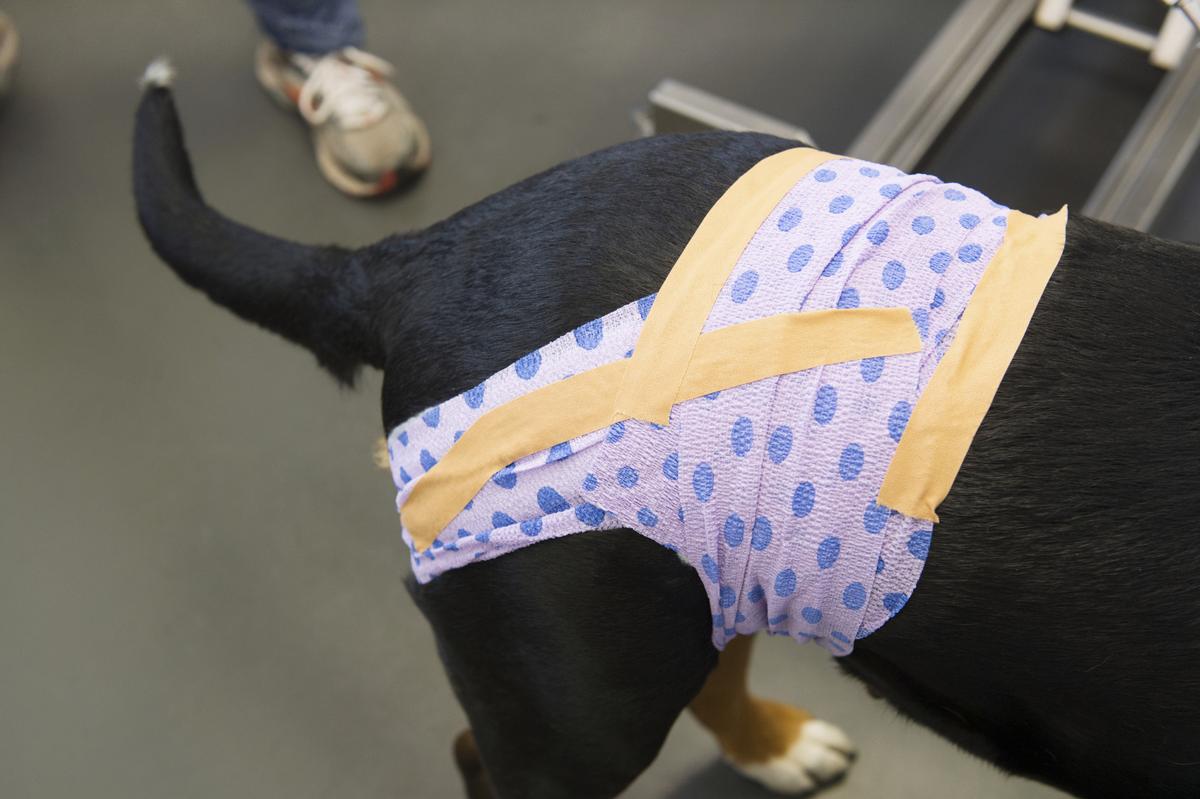 Osteosarcoma is a type of bone cancer which is characterized by rapid progression. This cancer has been observed to be more prevalent in large and giant dog breeds. Find out more about its causes, symptoms, and treatment, through this article.

Canine osteosarcoma is a type of aggressive bone cancer that commonly affects the limb bones, especially the fore limbs of the middle-aged and the elderly dogs. The cancer has been observed to be somewhat more common in large dog breeds, like Rottweilers, Shepherds, Labradors, Dobermans, Great Danes, Saint Bernards, Irish Wolfhounds, and Golden Retrievers.

The malignant or cancerous tumor develops deep within the bone, and then grows rapidly to destroy the bone from inside. Osteosarcoma can also metastasize to other parts of the body, more commonly to the lungs and other bones of the skeletal system.

As has been mentioned already, large and giant dog breeds are at an increased risk of developing osteosarcoma. Moreover, the incidence of the disease has been found to be slightly higher in male dogs, as compared to their female counterparts. Though what causes this cancer is not known, it has been observed that the tumors generally develop in the growth plates.

The factors that affect the growth rate of a dog (like a diet that can stimulate rapid growth and development) are believed to play a significant role in the development of this condition. Apart from these, other risk factors for this condition are, bone fractures, bone infections, and the exposure to ionizing radiation and chemical carcinogens. In addition to these, castrated males and spayed female dogs have been found to be at an increased risk of developing this bone cancer.

Osteosarcoma mostly affects the forelimbs that bear much of the body’s weight. Sometimes, tumors can also develop in the skull and the ribs, and spread to other areas like the lungs. The most commonly observed signs and symptoms of this condition are:

Apart from these, dogs with osteosarcoma may cough a lot, if the cancer has spread to the lungs.

The symptoms like lameness, and swelling of the bone often necessitate an X-ray or radiography of the affected bones, that reveal the development of tumors. Some characteristic bone patterns, like lytic lesions can also be observed in these tests. A confirmed diagnosis, can however, require a biopsy, for which a small section of the affected bone has to be removed.

The most common treatment option for this cancer is amputation of the affected limb, followed by chemotherapy. Sometimes, limb-sparing surgery is also carried out, if the tumor has not affected more than 50% of the bone, and if it has not spread to the surrounding muscles. In this method, the affected bone is removed surgically, and then replaced with a bone graft. However, this procedure is not very effective in treating osteosarcoma of the hind legs.

Chemotherapy can be effective in altering the course of this bone cancer. The most commonly used chemotherapy drugs for this purpose are, cisplatin, doxorubicin, and carboplatin. For providing temporary relief from the pain and discomfort, non-steroidal anti-inflammatory medications, as well as, analgesics like carprofen, butorphanol, aspirin, and tramadol can be used. Radiotherapy can also be employed for pain management.

Osteosarcoma is a very aggressive form of bone cancer that spreads or metastasizes quite rapidly to other parts of the body. The cancer is often diagnosed in the stage, when it has already metastasized to other parts of the body. Therefore, any case of lameness in dogs should be evaluated immediately to rule out the possibility of this bone cancer. As certain breeds of dogs are more prone to develop this cancer, their owners should remain more vigilant against the disease.