There are a number of techniques that can be used to introduce chinchillas to each other. Here's a quick overview of some popular methods. 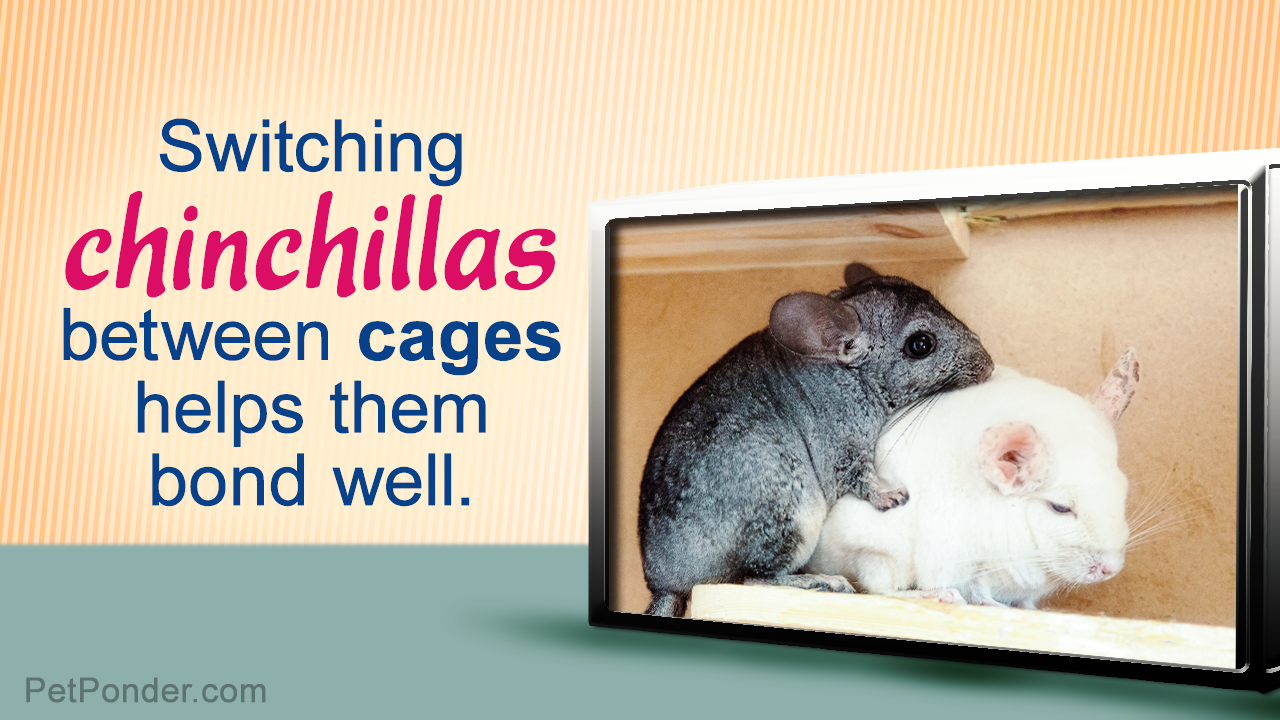 There are a number of techniques that can be used to introduce chinchillas to each other. Here’s a quick overview of some popular methods.

Chinchillas are naturally social creatures, but at the same time, they can be highly territorial. They need to be introduced slowly, so that no fighting breaks out. A fight can end up being deadly for one or both chins if it gets too serious. So, breeders, ranchers, and hobby owners have come up with a number of techniques for introducing chinchillas to each other, successfully.

Before covering these techniques, I must caution you about the difficulties of bonding two chinchillas. Some chins are too different personality wise, and thus, they will not ever bond with each other. Also, some just prefer to be alone. Don’t let this discourage you too much, but always keep an extra cage handy, just in case your chins begin fighting. They can live together for years, and suddenly decide that they don’t like each other anymore. It’s better to separate them than to let them hurt each other.

One of the most popular ways of introducing chinchillas is called the neutral zone technique. This involves letting the chins have supervised playtime in a room neither of them normally inhabits. If one chin begins attacking the other, you can use a blanket or towel to grab it and put it in ‘time out’. You put that chin back in his cage and allow the other one to continue with playtime. You continue to do this until they begin exhibiting friendly behavior like touching noses or snuggling with each other.

Another technique, especially popular among ranchers, is called smooshing. When you smoosh two or more chins together, put them in a small pet carrier and carry them around for fifteen minutes or so. If they begin to fight, separate them immediately, though the point of using a small carrier is so that they haven’t got enough room to start fighting. After the fifteen minutes are up, release them into a freshly cleaned and scrubbed cage. Keep an eye on them for a day or so, to make sure that they aren’t fighting and they’re beginning to bond. It’s best to do this after their separate cages have been sitting side by side for a couple of weeks. Be careful the cages aren’t too close together, though, because they can hurt each other through the bars too.

Other techniques include switching the chinchillas between cages every day or so, placing bedding from one cage into the other, and trading toys between cages. These are done in order to mix up the chins’ scents, and make them more accustomed to the other’s smell.

If you think you’d like to add another chinchilla to your home (preferably of the same sex, unless you want babies!) then consider trying these techniques. You can pair up two males, two females, and even an older and a younger chin. The combination of an older and younger one happens to have the best chance for success. This can be a slow, difficult process, but it can also be very rewarding. Watching their antics as they play and sleep together is always a plus, and the chinchillas can sometimes be happier when they have another of their own kind living with them.