Is Having Meerkats as Pets, a Good Idea? See for Yourself

Meerkats are wild animals, and keeping them as pets is a bad idea, not to mention without the lack of proper permits, illegal. This article provides more information about these wild animals.

Home / Pet Types / Exotic Pets / Is Having Meerkats as Pets, a Good Idea? See for Yourself 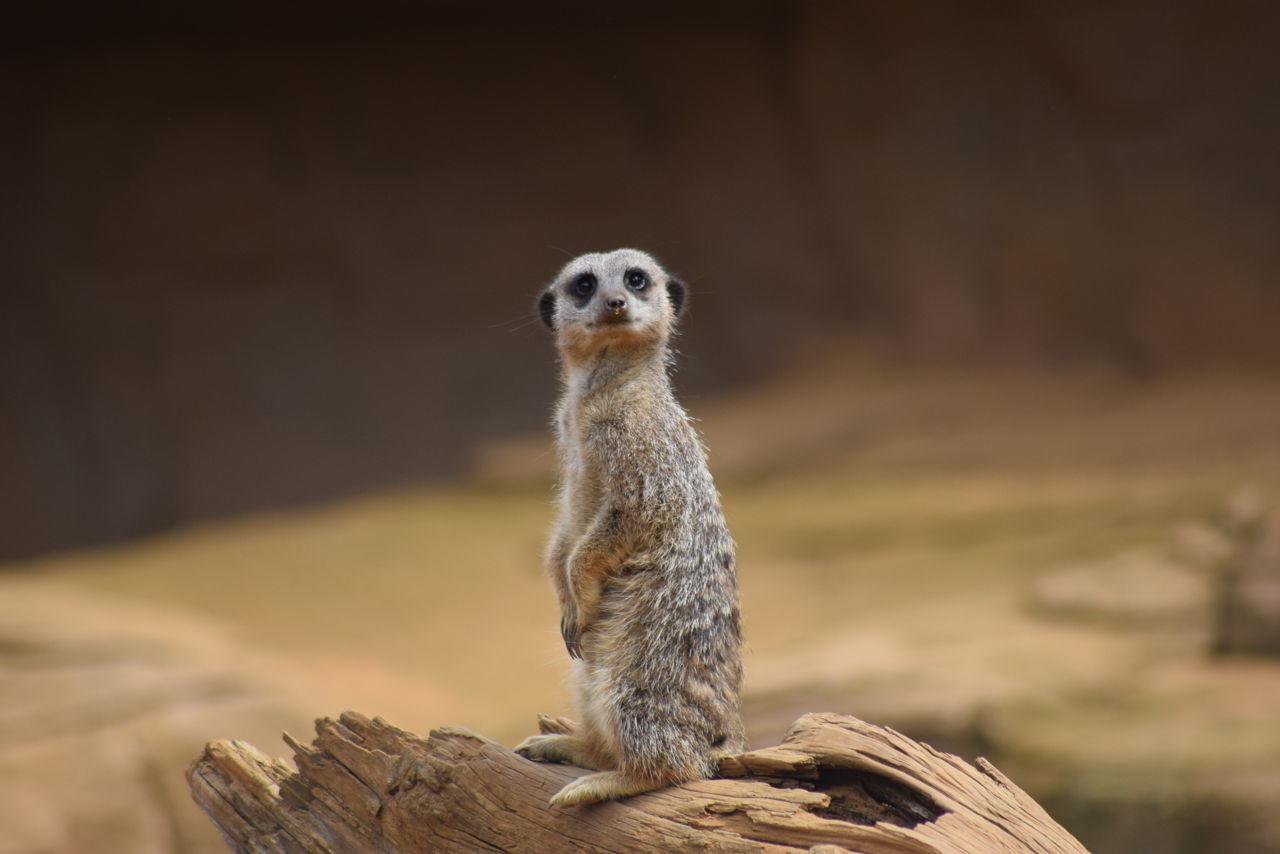 Meerkats are wild animals, and keeping them as pets is a bad idea, not to mention without the lack of proper permits, illegal. This article provides more information about these wild animals. 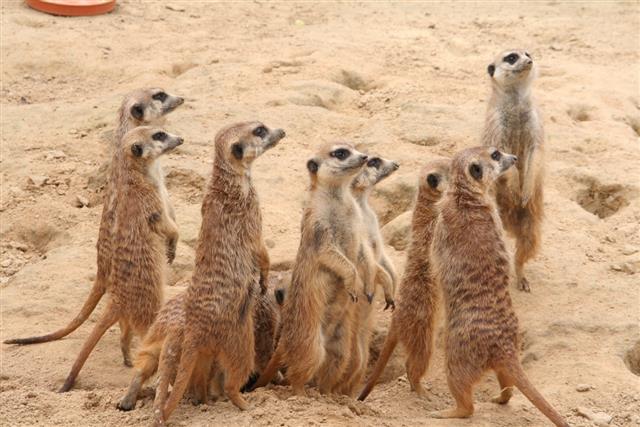 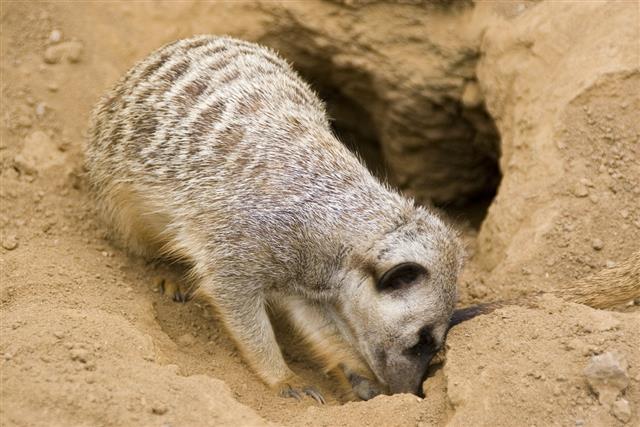 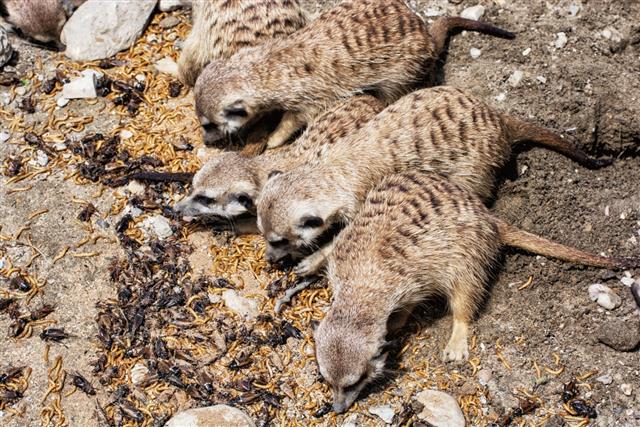 Meerkats are a type of animal species of the mammal class that belong to the mongoose family, residing in the Kalahari desert. Many of us were introduced to these fascinating little animals through the Discovery channel’s ‘Meerkat Manor’ series. Those who followed the show regularly came to know them intimately, and often become emotionally involved in the lives of the members of the ‘Whiskers’ meerkat family. However, the documentary format of the show, depicting events and traits, both good and bad, leaves not a doubt in the mind of the viewer that meerkats are meant to inhabit the wild and would not fare well in captivity, let alone as pets. A deeper look at these creatures will explain why.

Meerkats weigh about 1.6 pounds and are between 11” to 14” long, excluding the tail. They have pointed faces, eyes with black patches around them, and small, black, arc-shaped ears. They are perfectly evolved to deal with the conditions of the region they inhabit. The black patches around their eyes deflect the glare of the sun. They have a thin, long tail, which helps them balance when standing upright. They are burrowing animals, and can close their ears while digging to prevent sand from entering. One aspect contributing to their cuddly appearance is a fawn-colored coat with a hint of gray, tan, or brown. However, not so cute are the 2 cm long, non-retractable, strong, curved claws at the end of each ‘finger’. This is one of the reasons that makes meerkats highly unsuitable as pets, for a human owner can get badly scratched.

Meerkats eat snakes, lizards, scorpions, spiders, eggs, plants, small mammals, centipedes, millipedes, and, occasionally, small birds. Another amazing fact is that they are immune to the strong venom of the scorpions of the Kalahari Desert. As they cannot store excess fat in their bodies, food needs to be collected on a daily basis. When they forage for food, one member of the group keeps a watch out for predators. If you have a pet meerkat, you can expect him/her to dig and tear things apart in the house in an attempt to forage, which is instinctual to them.

Meerkats build and live in large underground tunnel networks. These tunnels have multiple entrances, which come in handy whenever a threat is perceived. They inhabit the tunnels during the night and only come out during the day. The offspring are given birth to in the burrow, from which they emerge after 3 weeks. So, unless you have a network of tunnels beneath your home for your pet meerkat to live in, it is a very bad idea to keep one in the house or worse yet, in a cage. The animal will surely get very distressed in these circumstances.

Meerkats are very social animals, who live in large colonies of about 20 – 30 members. Animals within the group regularly groom each other. Females who have not had children, babysit the young ones in the group, at times lactate to feed them, and when the occasion demands, can even endanger their own lives while protecting them from threats. The young learn by watching and imitating the adults, though adults can be seen teaching them several skills, like how to eat a venomous scorpion. The alpha pair of the group often scent-mark subordinates of the group to express their authority. A pet meerkat will get very distressed at the lack of company of its own kind, and a second pet meerkat will not fulfill the need for a colony.

This information will hopefully convince readers of the fact that keeping meerkats as pets is a very bad idea. Irrespective of how much of love you are willing to shower it with, the extra attention and handling is likely to distress this wild animal further. Also, be aware that in the US, you need special permits to keep animals of this nature, which ensures that they get proper enclosures and that the climate suits them. A meerkat’s place is in the open Kalahari desert, and by making it a pet, one would only be imprisoning it. 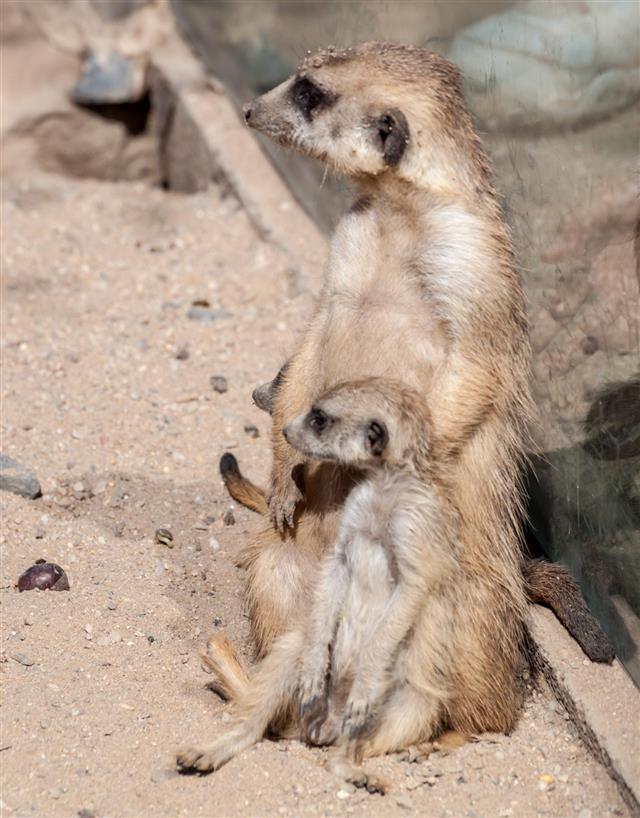