A List of 100 Good Names for Your Hunting Dog: Just Wow!

Hunting dogs are your hunting companion, and ideally, should be named as per their personality. If you own one and have not decided a name yet, DogAppy has come up with a host of good names for your hunting dog. 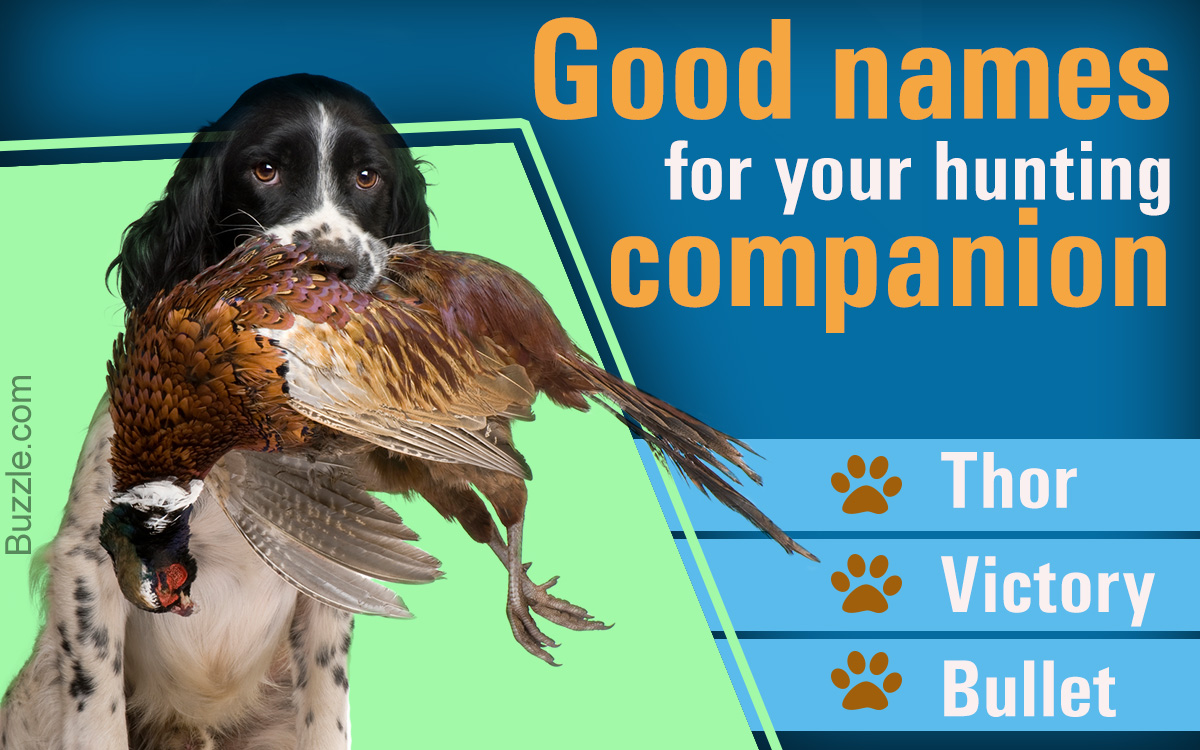 Hunting dogs are your hunting companion, and ideally, should be named as per their personality. If you own one and have not decided a name yet, DogAppy has come up with a host of good names for your hunting dog.

Do not give your hunting dog, sweet, cheesy names which will antagonize its character. Give it a suitable name, which will flaunt the way nature has designed it! 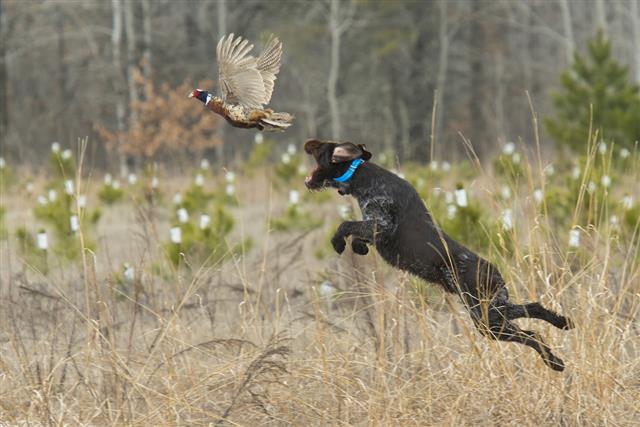 Man’s best friend, the dog is, sometimes, his hunting companion too! Be it a Labrador Retriever, Beagle, Hound, Pointer, Golden Retriever, Setter etc., nature has a plethora of hunting dog species to boast of, rather than simply those who wag their tails and curl up on the couch and catch balls, these are wonderful hunting companions. If you own one, you know you can flaunt his hunting skills in front of your friends, and they will be mesmerized by its promptness and alertness.

However, once you bring a hunting dog home, you have the seemingly nominal task of naming it. But given the plethora of names, choosing one can be quite confusing. They’re usually officially registered, not merely as pets―they’re your companions in the hunting world. Of course, owning a hunting dog, is a big responsibility, but it starts with giving it an appropriate name. But before you start, please take note of the following. 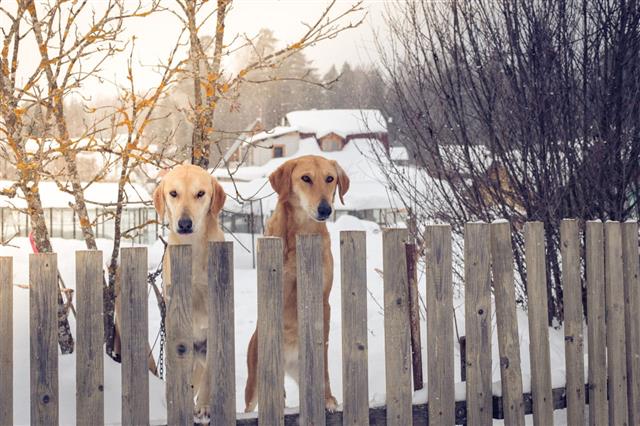 Your dog is a “hunting” dog. Give it name that will suit its personality and hunting skills―according to their species, color, and other attributes. It is most certainly not a fashion dog, so avoid giving it cute names. The name should resonate its strength and activeness. 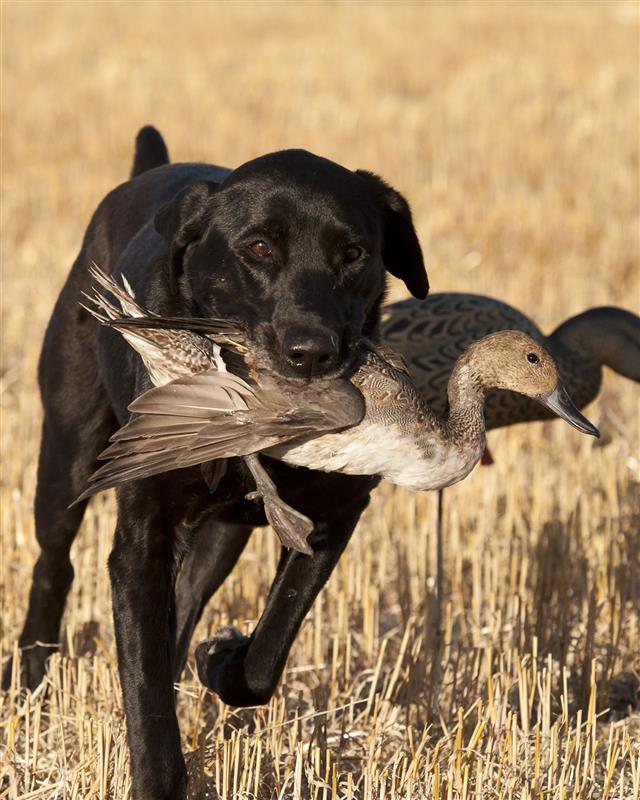 Identify the species of your dog―is it a pheasant hunting dog, or a duck hunting dog? What is its color? (For instance, a good name for a pheasant-hunting dog could be ‘Bullet’ or ‘Windy’, or the name of your Black Labrador could be ‘Dusk’.)

The name should be clear, short, and easy to shout. You wouldn’t want a huge name to yell during hunting!

For bird hunting dogs, do not name your dog as the bird’s name. It would be lame, silly, and confusing too.

Last but not the least, it should obviously not be an offensive name.

Here is Buzzle’s list of names for hunting dogs, choose one wisely, and one that comforts you, even if it is not an unusual name.

Nova
The American superhero from the ‘Nova’ Corps’

Simba
From ‘The Lion King’ movie, so loved by us!

Zeus
The Greek God, supreme ruler of all Gods

Mystique
A mutant who can shift into any shape

Storm
Fictional super-heroine, who can control the weather

Vixen
Able to channel the powers of any animal

Comet
If you fancy the marvels of the universe!

Laika
The first dog to orbit the Earth

Marley
Our beloved ‘Marley’ from the movie ‘Marley and Me’

Your dog is obviously a part of the family, and you wouldn’t want to name it something, which you would later regret, once it gets used to that name. Take suggestions from your family and friends. We hope you find a suitable name for your hunting dog, yet if you wish to suggest any good names, kindly mention them in the comments section below. 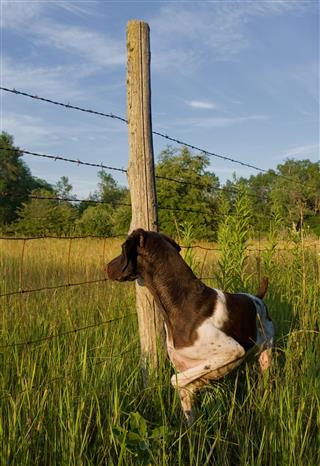 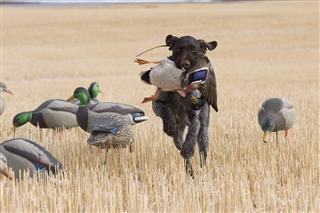 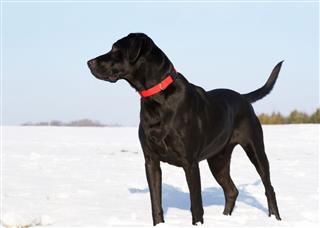