Things No One Will Tell You About Keeping Lemurs as Pets

Native to the island of Madagascar, lemurs are intriguing primates, whose endearing personalities are making them sought-after pets. Getting a lemur has become the hottest fad lately, however, is it ethically right to keep lemurs as pets? After all, primates belong to the wild!

Native to the island of Madagascar, lemurs are intriguing primates, whose endearing personalities are making them sought-after pets. Getting a lemur has become the hottest fad lately, however, is it ethically right to keep lemurs as pets? After all, primates belong to the wild! 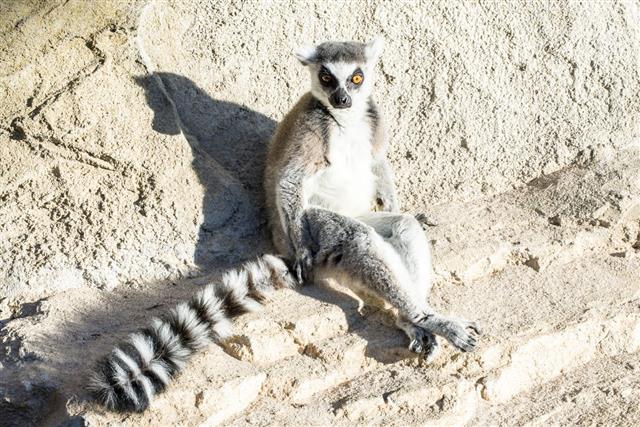 Owning an exotic pet is a status symbol today, and more and more people are on the lookout for unusual pets that can raise their status quotient. Actress Kirstie Alley owns lemurs, however, if you’re thinking of following in her footsteps, it’s important to understand that getting primates home is not the right thing to do! Primates are wild animals with special physical, mental, and emotional needs that captivity cannot cater to.

People find baby lemurs irresistible, however, little do they realize that as these lemurs grow into adults and attain sexual maturity, they tend to get aggressive. In the wild, lemurs move in groups and share strong family bonds. This means social interaction means a lot to them. In captivity, they depend on their owner for social interaction, and get very cranky if this need isn’t met.

The fact that lemurs are called exotic pets, itself reveals that bringing them home as pets is not an easy task. It’s not only expensive, but also involves seeking a license, finding a breeder, locating a local veterinarian who is qualified to treat exotic animals, etc. Overall, getting and taking care of a lemur calls for a lot of effort, love, attention, and money.

People who wish to own an exotic pet need special license to do so. Only after obtaining permission from the authorities, should you proceed to find a lemur breeder. In Madagascar, it has been illegal to kill, keep, or export lemurs as pets since 1964. Moreover, the United States government has exhaustive and strict laws against importing of foreign animals, mainly due the threat of any diseases that they may carry. Besides importing, there are even stricter laws in place in all the states, regarding the possession of exotic animals as pets. The laws of the State regarding exotic animals have to be taken into consideration before planning to get a lemur.

Ring-tailed lemurs have grayish-brown bodies with rings of black and white fur on their tails.

There are about 100 species of lemurs, of which about 33 species are found in Madagascar. Lemurs are classified based on their size. The smallest one is the tiny pygmy mouse lemur, and the largest one today, is the Indri lemur, which weighs around 15 pounds. The ring-tailed lemur is the most common lemur type taken home as pets. An adult ring-tailed lemur can reach up to a length of 17 – 22 inches and weighs 5 – 8 pounds.

Getting lemurs or other primates as pets can prove very expensive. Besides the initial costs of acquiring the pet, a lot of money has to be shelled out on vaccinations, neutering the lemurs, food, cage, etc. Since the average lifespan of lemurs is about 20 years, it is important to understand the depth of the situation. Getting a lemur home is like having a baby; only the toddler doesn’t grow up. So take your financial situation into account for the next two decades, before making any decision.

Once a lemur has been brought home, it needs to be trained, and this requires a lot of patience and perseverance. Even with professional help, the whole process of training can be quite exhaustive and time-consuming. Simple things like ceiling fans can prove dangerous for these arboreal creatures, for which the house has to be primate-proofed! Even after taking all the necessary precautions, it is very important to keep an eye on them at all times. Moreover, since they get disturbed by loud noises, activities that disturb their peace must be avoided. Another thing that needs to be pointed out is that lemurs cannot be potty trained, and need to wear diapers when inside the house.

As pointed out earlier, lemurs tend to become aggressive as they reach sexual maturity, with the females exhibiting more aggressive behavior than the males. Several lemur owners have reported attacks by their lemurs when they took something away from them. They are also known to slap their owners, when irritable. Moreover, if they’ve had a baby, they become extremely protective of their young one, and won’t spare anybody, even if it’s their owner who raised them from childhood.

In the wild, lemurs feed on fruits, nuts, insects, etc., whereas, in captivity lemurs are mostly fed fruits, primate biscuits, fiber sticks, etc. However, unlike in the wild, in captivity owners provide the necessary meals, and all lemurs have to do is eat it. This is the reason why lemurs in captivity have a tendency of becoming obese. Moreover, like humans, lemurs can also contract and spread diseases, thus, vaccinations are extremely important. A local veterinarian who deals with rare and exotic species must be available. Moreover, the lemur must be neutered at around 6-8 months of age, to reduce aggression at the onset of sexual maturity.

While there are many pet owners who have successfully managed to raise lemurs as pets, others have been attacked and injured. It’s important to note that taking care of a lemur is a big responsibility, and only if you have the time, energy, dedication, and money for it, should you bring one home. Once you bring a lemur home, there’s no turning back. You’ve made a long-term commitment and you’ve got to stick to it! 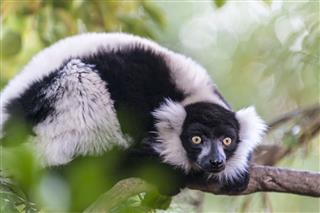 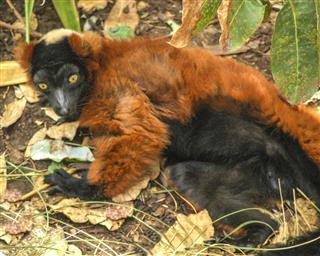 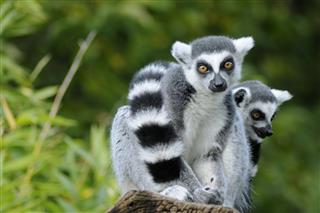 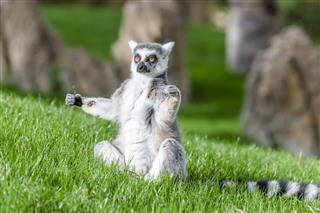