The whole mind-body health connection thing we hear about in humans is true in animals, and even our fluffy little chinchilla friends. Here's more...

The whole mind-body health connection thing we hear about in humans is true in animals, and even our fluffy little chinchilla friends. Here’s more… 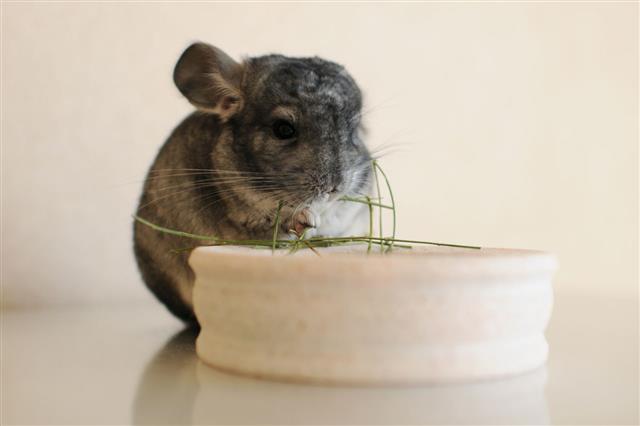 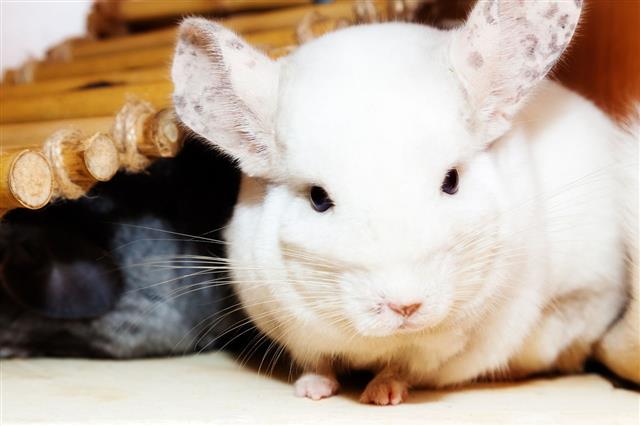 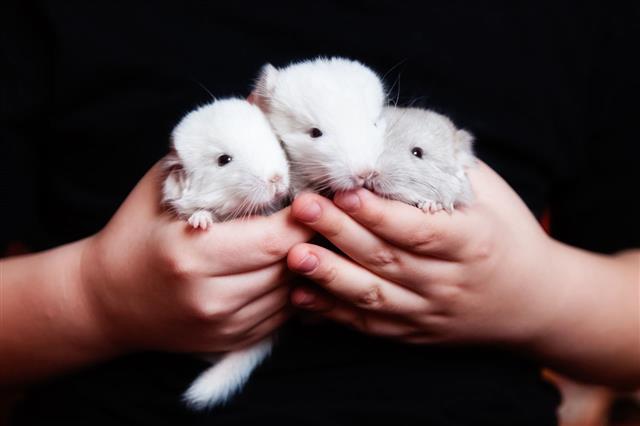 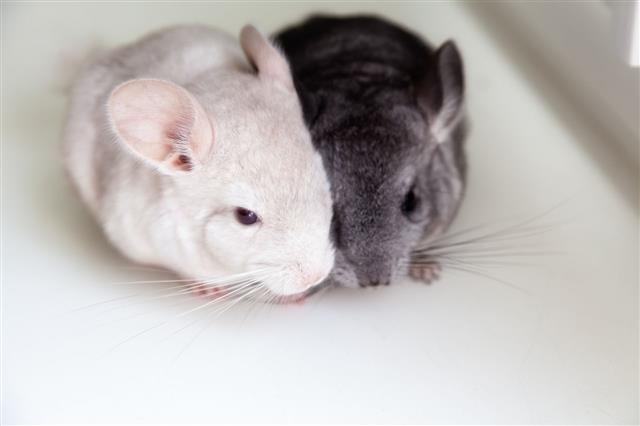 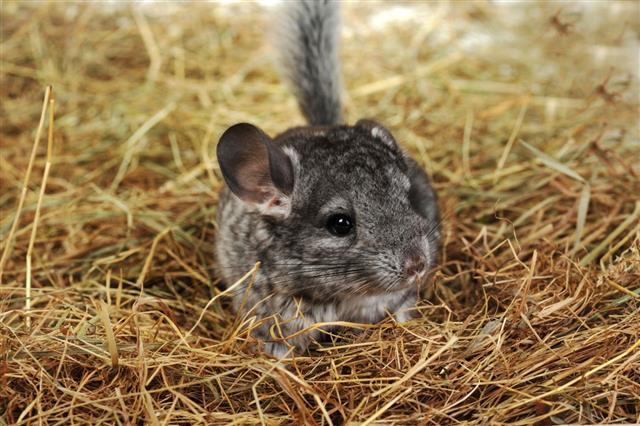 Over the years, researchers have discovered what perhaps should have been obvious―happy people are healthier than pessimistic, depressed, or generally unhappy people. When you’re depressed and anxious, your blood pressure is higher. That can lead to chronic hypertension. When you’re happy, not only is your blood pressure lower, but you’re more likely to be proactive in taking care of your health through exercise and proper diet, than a depressed person who drowns their sorrows in beer or Ben & Jerry’s.

That’s great and all, but what’s this got to do with our precious chinchillas?

This general ‘mind-body effect’ isn’t just a human thing. Many pet owners can attest that they’ve seen it in dogs and cats, too. Chinchillas, contrary to what you might think, are incredibly intelligent. Anyone who has owned a chinchilla can tell you that these critters are curious, mischievous, and perceptive. 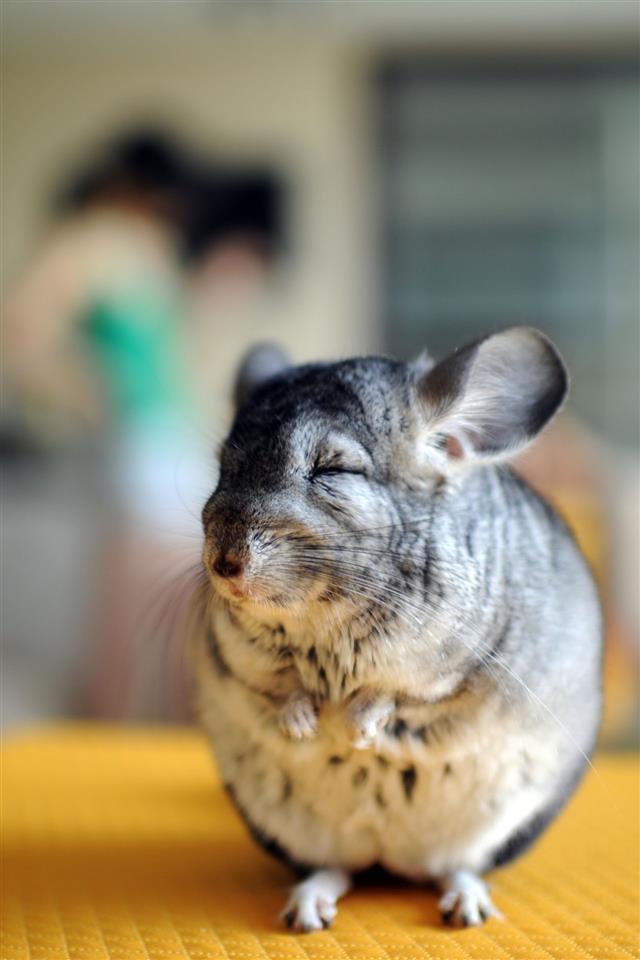 This general ‘mind-body effect’ isn’t just a human thing. Many pet owners can attest that they’ve seen it in dogs and cats, too. Chinchillas, contrary to what you might think, are incredibly intelligent. Anyone who has owned a chinchilla can tell you that these critters are curious, mischievous, and perceptive.

Just like humans, dogs, and cats, they too can become depressed, anxious, or bored. That can lead to a number of illnesses, and because chinchillas are prey animals in the wild, they often won’t show that they are sick’ until it’s too late. So, how do we keep our chins happy so they can remain healthy for years to come? Remember, chinchillas can easily live 15 years or more, especially if they’re happy with their lot in life.

Again, chinchillas are very smart critters. They enjoy having an engaging environment. Give your chins plenty of wood chews, climbing ledges, and other playthings, besides a running wheel. That will prevent boredom, and who doesn’t love to spoil their pet?

Your chinchilla needs plenty of playtime, especially if its cage is on the smaller side or it lives by itself. Let it out to play as often as you can, and get down on the floor with her, both to socialize and to keep an eye on her. Of course, you’ll want to chin-proof the room first by wrapping any electrical cords in plastic, covering up any holes or furniture it could squeeze under, and keeping dangerous things like houseplants and cleaners out of reach (I’ll write more about this topic in another article).

In the wild, chinchillas live in groups. They are social animals who enjoy the company of their own kind. If you don’t already have a chinchilla, but are considering getting one, consider getting two. It is always easier to start with a pair of siblings than to try introducing your chins at a later date. If your chin is living alone, consider getting a friend (of the same-sex, unless the male is neutered to prevent baby-making, of course). Chintroductions can be a challenge, though, and you should be prepared to keep your chins separate if they never really get along.

Yes, chinchillas like to watch TV. Don’t believe me? Try it. Put a small TV within view of your chin. They will stare intently at it, ever amused by the glowing box. Some owners say their chins have favorite TV shows or movies, or that they will get scared and cower if they watch something too scary (though my chins seemed to really enjoy 300 and Godzilla vs. Mechagodzilla). I have a small TV I picked up for free from a neighbor and got a $25 DVD player from Target hooked up to it. That TV is just for my them. A little crazy? Perhaps, but on nights when they get to watch a movie, they cuddle up together with their eyes glued to the screen.

There are a few general keys to keeping them in a comfortable environment―keep the cage clean, cover it with a sheet or blanket if there’s a lot of bright light during the day (they are nocturnal, after all), and keep the room below 75 degrees F with low humidity. Simple enough, right? Sadly, far too many owners neglect this last part. Their cousins in the wild reside in the cool, dry Andes Mountain region of South America. That’s why they have such thick fur coats and use dust rather than water to take a bath. If it is far too hot and humid, your chin will be both unhappy and can potentially get a heat stroke, a condition that can very much be fatal. Don’t let it get too cold either, but the heat part is essential.

Chinchillas are wonderfully intelligent, adorable, inquisitive creatures. They can so easily melt our hearts with their antics and those big, sweet eyes. To keep it healthy throughout its (relatively long, by rodent standards) life, you need to keep it happy too. Boredom leads to stress-related behavior like fur-pulling, bar-chewing, and just general lethargy. Just like people, chinchillas are far less likely to get sick if they are happy. Besides, who wants an unhappy pet? Keep them happy, and I promise they will give you many years of joy and companionship. 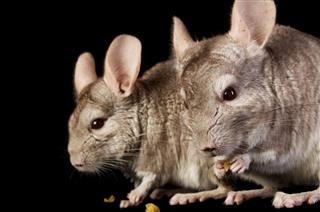 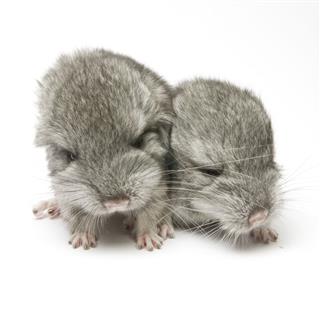