The popularity of Jersey wooly rabbits as exotic pets is soaring by the day. If you intend to keep one as a pet, here are some facts about this breed which will be of significant help for you. 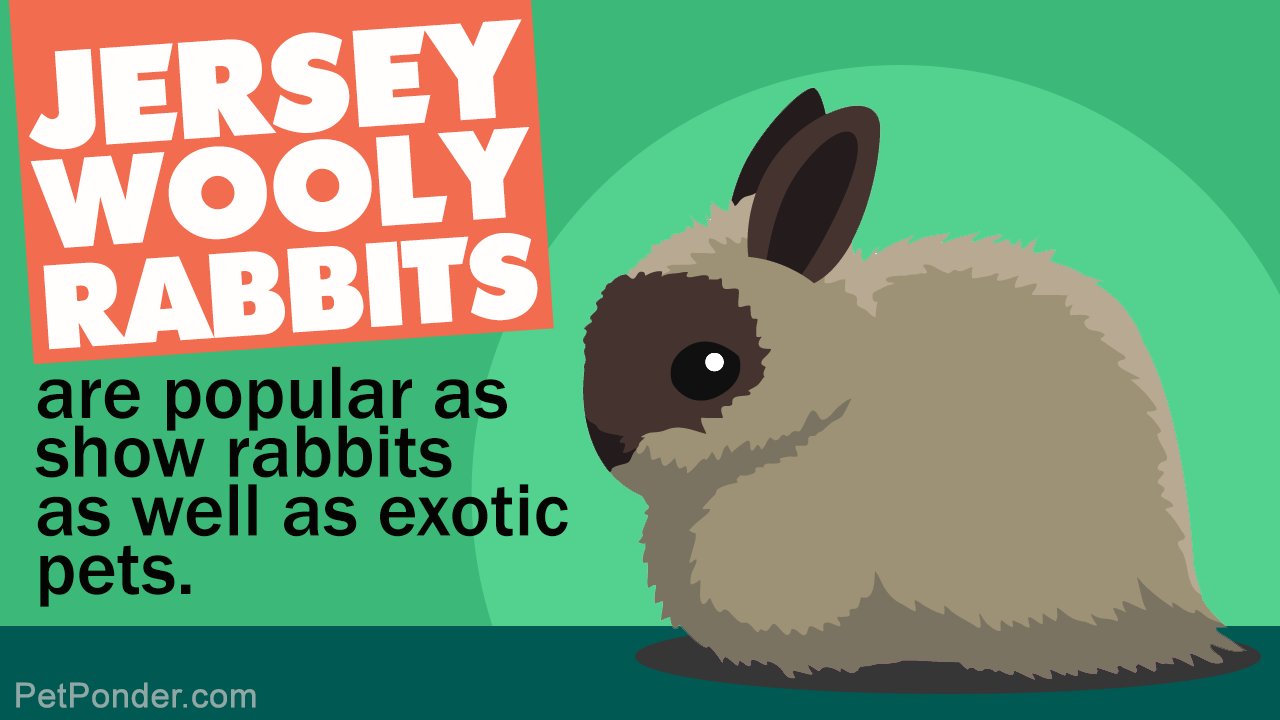 The popularity of Jersey wooly rabbits as exotic pets is soaring by the day. If you intend to keep one as a pet, here are some facts about this breed which will be of significant help for you.

Intelligence and docile nature are the two must-have qualities when it comes to pets, and Jersey wooly rabbits seem to be exceptionally gifted with these. In fact, these rabbits are so gentle that you have to take extra care to make sure you don’t end up hurting them unintentionally.

These rabbits are not just popular as exotic pets, but are also quite popular as show rabbits. The American Rabbit Breeders Association (ARBA) officially recognized Jersey woolies in 1988. Since then, the breed has come a long way to become one of the most exhibited breeds in the United States.

It is a domestic rabbit breed which was developed by crossbreeding the Netherland Dwarf (Oryctolagus cuniculus) and the French Angora species. It was first introduced at the ARBA Convention at Florida in 1984, approximately four years before it was officially recognized by the association. While the thick wool fur, which is a characteristic trait of this breed, may make it seem heavy, the Jersey wooly seldom weighs more than 3.5 lbs. It has a compact body and erect ears on its bold head. Even though it has thick fur wool, it doesn’t require grooming on regular basis like other breeds do.

While the pale brown color is most common in this breed, individuals with other colored fur coats are not really rare. These range from chestnut and chocolate to black and blue. If subjected to proper care, it can live for 7 – 10 years. It is very sociable in nature with humans as well as other domestic animals. Owing to its moderate temperament, it seldom resorts to unruly behavior, such as biting.

The fact that the breed is easy to care for, makes them quite popular as pets. That, however, doesn’t mean you get a rabbit and leave it to fend for itself. Jersey wooly is not a species that you can house in a rabbit hutch outside your home. It should be housed in a playpen (or some other method of housing pets) within your home. You will also have to make sure that the temperature in and around its housing is moderate; neither too high, nor too low. Owing to its docile nature, it can be litter trained with ease. As for its diet, you can feed it plain alfalfa pellets when it is young, and start with rinsed vegetables, fruits, etc., as it grows up. However, when feeding it calcium-rich foods, like alfalfa pellets, you need to make sure that you don’t overfeed it.

You need to be a bit careful about the fact that Jersey wooly loves chewing, and will chew anything that it comes across―even wires around the house. You need to make sure that you keep wires and other such stuff out of its reach. It is subjected to several health problems, including hair block, ear mites, respiratory diseases, fractured back, etc. If it suffers from any of these problems, you will see a considerable bit of difference in its behavior. It tends to ingest hair when grooming itself―a practice which is also seen in cats. However, it can’t vomit the fur balls that occur in their body, which eventually results in a block. If your pet rabbit is suffering from hair block, it will stop eating its food. In order to avoid any such complication, you will have to stick to the basics of pet care when raising Jersey woolies.

If you happen to reside in the United States, you will find Jersey wooly rabbits for sale at any pet store in your neighborhood. If you don’t, the chances of which cannot be ruled out, then you will have to contact the nearest rabbit breeder to get one for yourself. When choosing one, do make sure you do a detailed inspection of its body. You need to keep in mind that the key to a healthy wooly is its perfect fur ball shape.