Is it Safe to Keep a Siamese Fighting Fish in a Vase?

Are you having second thoughts on whether or not to keep a Siamese fighting fish in a vase? Would a vase be sufficient in space? Read on to find the answers to your questions.

Home / Pet Types / Sea Creatures / Is it Safe to Keep a Siamese Fighting Fish in a Vase?

Are you having second thoughts on whether or not to keep a Siamese fighting fish in a vase? Would a vase be sufficient in space? Read on to find the answers to your questions. 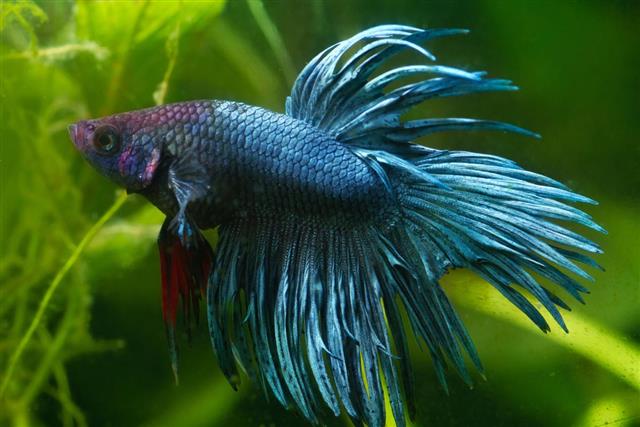 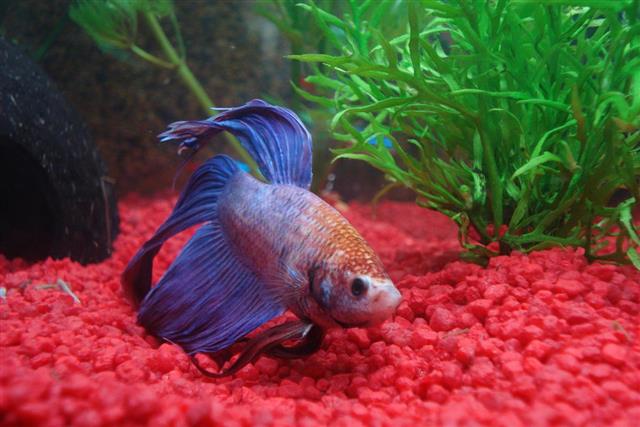 The brilliant coloration and the beautifully flowing fins, make the Siamese fighting fish is one of the most sought after species of fish to breed at your home. They are popularly called Betta. They are territorial and are curious, due to their tropical origin they need to be kept in a warm environment. They have a labyrinth organ, which facilitates the intake of pure oxygen. When the oxygen dissolved in the water is not sufficient for them, they come to the surface of the water to breathe in pure oxygen. As their name suggests, they are aggressive in nature and tend to attack any trespasser. The aggression of the male Betta may be credited to the fact that, they usually live in a small space and they have to secure their mates from the other dominant males.

Should You Keep Your Siamese Fighting Fish in a Vase?

This has been a highly debated topic, and hitherto, there is no clear consensus. Some fish lovers will term the very idea of making a fish live in a vase as an act of animal cruelty, and call the ASPCA! While there are others who have successfully bred Betta in vases, and argue that it does not affect the longevity of the Siamese fighting fish, if they are bred in a vase. Personally I feel that the fighters should not be bred in a small environment.

Consider you are locked up in your closet, you have the necessary supplies of food in it, will you be able to survive? Of course, you can survive in it, but would you consider living like that for your entire life? You might have seen the Siamese fighters kept in small jars, when you went to buy them. You might argue that they were healthy then, so why would it affect their health if they are kept in a vase that is almost of the same size as that of the jars? The point you should realize here is, the small jars are just a temporary dwelling place for the fighters, they will not be able to survive for a long time if they are kept in the jars.

Observe your Betta, if it does not appear curious, it is not happy with the environment in which it is living. If you want to breed one in a vase, then the most important thing that you should consider is the size of the vase. A 2 gallon vase, with clear water would be enough for a Betta. Care should be taken that you do not congest the vase with flora. The Siamese fighters require warmth, so heaters are essential. It is not feasible to install heaters for small vases, this is another reason why I do not recommend a vase for the Betta. You cannot breed multiple Siamese fighters in the same vase, they will constantly try to attack each other. Even a female fighter should be bought into the vase only for mating. You have to change the water in the vase almost everyday.

Your Siamese fighting fish would be safe in a vase, provided you are dedicated to their care, but I am not sure whether they will be happy. If you are not willing to dedicate your time and efforts for the well-being of your Betta, then I advice you to not to buy one. 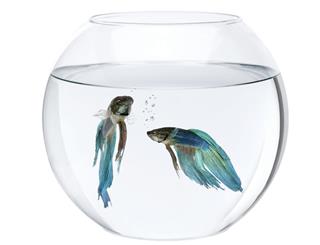 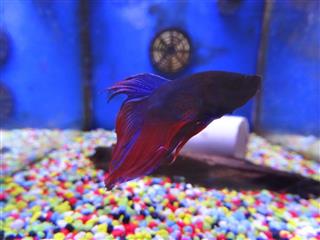 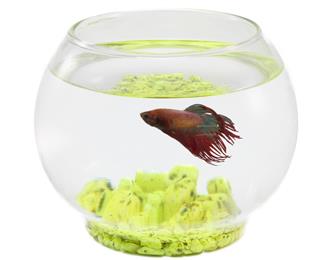 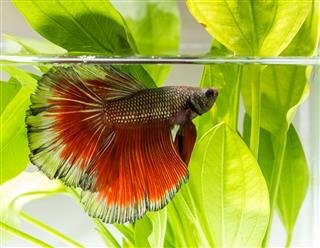