The idea of an invisible fence for dogs is too new to be widely known. Besides describing how it works, Let's discuss the costs of putting one up.

The idea of an invisible fence for dogs is too new to be widely known. Besides describing how it works, Let's discuss the costs of putting one up.

Is your dog difficult to contain on your property? Is he prone to wandering out of your house, which invariably lands him up in trouble? Then, you might want to consider getting an invisible fence installed.

The idea of creating an electric dog fence to contain pets was conceived and the corresponding product patented by one Richard Peck in the 1970s. Today, many companies offer this product which makes for an effective containing mechanism for a pet. The owners can rest assured that the dog stays within the perimeter.

What are Invisible Fences?

One obvious thing about these fences is that they are not visible. Then, how do these dog fences work? How can a fence contain your pet without creating a barrier? It is through the use of a special radio-controlled collar and a buried underground wire around the perimeter of the property.

As and when the dog approaches the vicinity of the outside perimeter, he receives a mild electric shock from the collar attached to his neck. The shocks are very mild and do not cause any lasting damage. The idea is that once the dog starts receiving a shock, every time he reaches the fence, he gets conditioned not to cross the line.

In the initial phase of training, the shock or the ‘correction’ is not implemented but the dog only hears a warning tone through a device fitted on the dog collar, when he approaches the boundary. When he stops at the fence, he is rewarded, patted, and praised.

After a week or so of conditioning in this manner, the correction is implemented and if the dog crosses the line, he experiences a shock. The degree of shock can be adjusted according to the age and constitution of your dog.

The whole invisible fence system or kit has a perimeter wire fitted with a transmitter antenna and an electric collar, fitted with a receiver. There are many companies that sell this product and the costs vary a lot. Some companies do the installation of the fence and dog training, themselves, while some provide self-assembly kits and training instructions.

There are two main types of these fences. You can either buy a self-installation kit or go for a professionally installed one. The latter option is obviously costlier than the former. The self-assembly type fence costs around USD 100 to USD 400. These are available at most pet stores.

Professionally installed invisible dog fencing will cost you USD 850 to USD 1,500. The advantages of going for these is that the company people do the dog training and also adjust the correctional shock magnitude, according to the dog’s constitution, age, size, and temperament.

If you have more than one dog, it may cost USD 55 to USD 130 more for an extra collar. In case, the wire provided in the self-assembly kit is not enough, you will have to buy some on your own and it may cost you around USD 50 or more, depending on length.

As you can see, the average cost is quite reasonable and if you stick to self-assembly kits, the cost is even lower. You must know that some dogs are simply so strong that a mild electric shock may not be enough to stop them. However, training can make this fence thing work.

The only way to decide is to buy and try it out. A big flaw in this whole idea is that though your dog may be contained within and may not wander, the fence cannot stop other mutts around town from barging in, to meet their buddy. 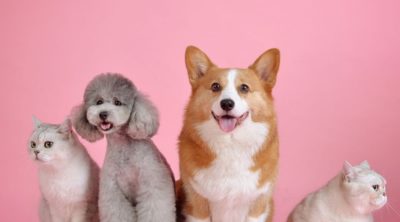 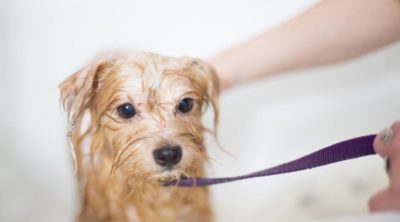