Interesting Facts About the Fearless and Agile Manchester Terriers

Often described as the most well-mannered of all terriers, Manchester terriers are highly agile, intelligent, and cunning. Here are some interesting facts about these canines.

Often described as the most well-mannered of all terriers, Manchester terriers are highly agile, intelligent, and cunning. Here are some interesting facts about these canines. 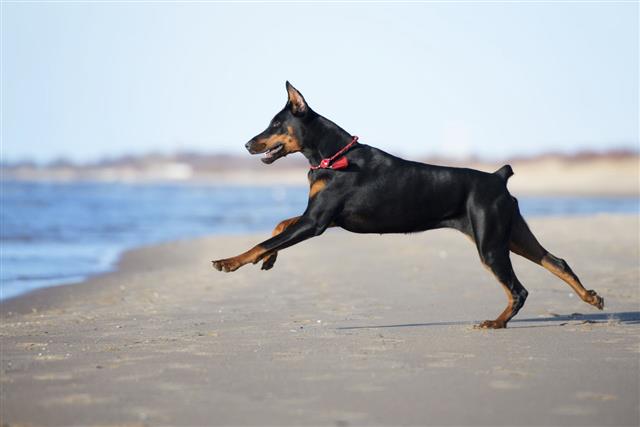 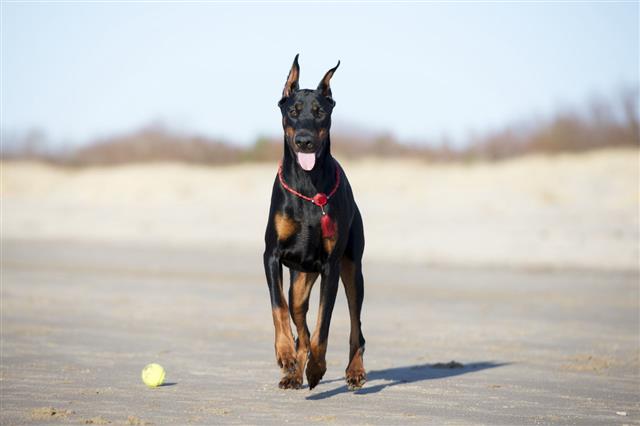 In the early nineteenth century, Manchester terriers were specially bred for the sport of rat killing and rabbit coursing.

Terriers are great dogs that are very active, fearless, mischievous, and loyal to their owners. There are many different types of terriers, and most of them are said to have originated in England. This holds true for the Manchester terrier, which is believed to be one of the oldest terrier breeds. It is said that this terrier breed originated from the Black and Tan terrier, which existed in England since the sixteenth century.

During the early nineteenth century, the Black and Tan terrier was cross-bred with the Whippet, to produce a dog breed that was found suitable for the sport of rat killing. This breed was later named Manchester terrier, as the city of Manchester became the center for breeding these canines, during the second half of the nineteenth century. Soon, the breed gained recognition in England, followed by the United States and other countries. Now, most organizations recognize two varieties of Manchester terriers―standard and toy. The smaller specimens are termed toy Manchester terriers, and are classified under the toy group.

Coat: A Manchester terrier is sleek and sturdy with a smooth, shiny, black coat, with mahogany markings, and a tapered tail. The black and mahogany colors on its coat do not blend, but are found to form abruptly. Most dogs have a single tan spot over each eye and on both cheeks. The muzzle may or may not be tanned, but the nose is black. The insides of the ears are also tan.

The sides of the chest may have tan rosettes, and the forelegs too, sport black and tan color. Tan shade is seen beneath the tail, but the outer areas of the hind legs are black.

Height and Weight: This canine has a powerful, muscular body, and is highly agile. This is the reason why they are highly proficient in killing rodents. According to the American Kennel Club (AKC), the breed standards of Manchester terriers are as follows:

Other Features: The dog has a slightly arched topline, and a narrow, deep chest. The muzzle is as long as the skull, and the ears are straight. As far as the ears are concerned, there are some minor differences between the standard and toy varieties. According to the AKC, a standard variety Manchester terrier must have naturally erect ears, button ears, or cropped ears. The first two types of ears should be wide at the base and tapering at the tips. Cropped ears should be erect and pointed. The toy variety must have naturally erect ears. They have blackish, almond-shaped eyes with a keen and alert expression. The teeth should form a level bite or scissor bite.

These dogs are well-natured and extremely loyal. They like being with people and learn things quickly. They require attention, and so, it is not a good idea to leave this dog alone for very long intervals on a regular basis. It is advisable not to keep male dogs together, but females get along well. They are not too shy or aggressive, and are found to be friendly to other dogs. They could be shy towards strangers and other pets. However, there is a possibility of developing aggressive traits, and so, proper socialization at a very young age is necessary.

They also require sufficient exercise and mental stimulation, or else, they may turn hyperactive and destructive. They may get bored and bark continuously. Though daily walk is sufficient, allow these dogs to run and play occasionally. Keeping them off leash is not recommended, unless it is a secure area with a sturdy fence. As these dogs have an innate hunting trait, avoid keeping these dogs with small-sized pets. Grooming is also not a matter of concern, as they have a very short coat. However, clean their ear passages, and trim the claws on a regular basis. Though daily brushing is good, three to four times a week is also sufficient.

In general, these terriers are healthy in nature, and have a lifespan of more than 15 years. However, they may develop certain health problems like glaucoma, (high pressure inside the eyes) and Von Willebrand’s disease (a blood disorder that affects the clotting process). The latter condition is not so common in these dogs. Rarely, some of these dogs may develop epilepsy. Other medical conditions observed are hypothyroidism, patellar luxation, Legg-Calvé-Perthes disease, progressive retinal atrophy, and cardiomyopathy. They are also prone to heat bumps if left out in the sun for long durations. You must also try to prevent your dog from growing obese.

To conclude, Manchester terriers make great pets that can do well in both rural and urban environment. They can also be raised in households with space constraints. If you are interested in raising one, contact a reputed breeder and get a Manchester Terrier. 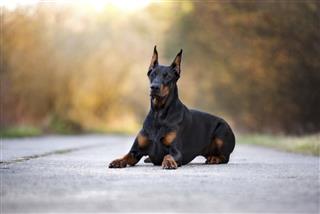 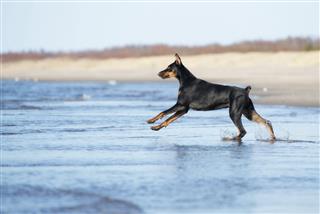