Feist dogs are a particular breed of small dogs developed in the southern region of the United States. DogAppy has all the information you need to know about the Feist dog breed. 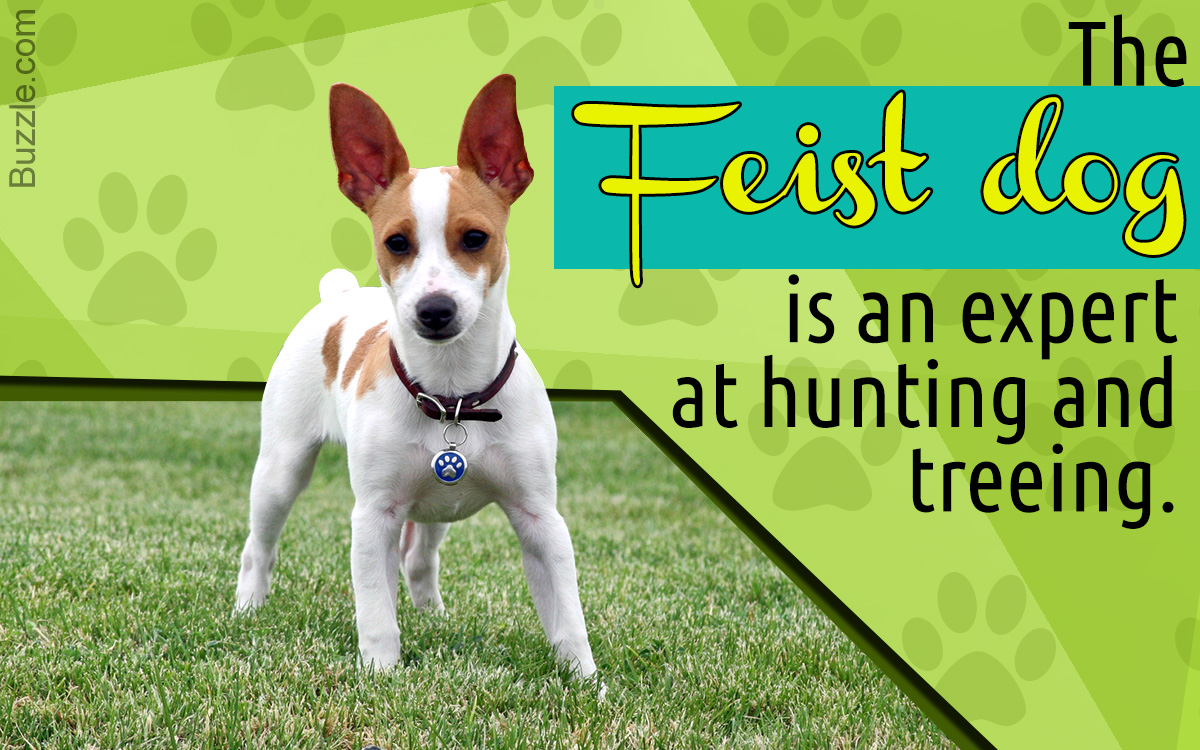 Feist dogs are a particular breed of small dogs developed in the southern region of the United States. DogAppy has all the information you need to know about the Feist dog breed.

A breed with presidential references.

The Feist dog has been mistakenly assumed to be a new breed. In fact, there have been references to the breed found in George Washington’s diary, and also in a poem written by Abraham Lincoln. Washington was known to have spelled the name as ‘foist’, whereas Lincoln used ‘fice’.

The Feist breed originated in rural southern United States. It is primarily a hunting and a treeing dog, but has adapted into being a companion as well as a watchdog. This dog has a short and sleek body with a smooth coat. You’ll find him to be alert and receptive, and a complete joy to train.

More about this adorable breed in the sections that follow.

As mentioned earlier, the Feist dog was raised to be a farm hand, and therefore tends to be adept at hunting and treeing. This dog is quite agile and gains a lot of flexibility owing to his diminutive stature. Historically, these dogs were used to hunt squirrels, rabbits, and small game.

Feists are counted under small dogs, with their height averaging between 14 to 20 inches. They usually weigh under 30 lbs. The legs are quite long and the overall structure can be described to be compact. The muzzle is medium-sized with a pointy nose. The ears are set high on the head, and are mostly erect, but they can also be drooping. The coat is smooth and short, and comes in varied colors and patterns, including tricolored with spots, red, red and white, black, black and tan, blue and white, red brindle, and white.

These dogs have been traditionally bred for hunting and not as show dogs, which explains the lack of a rigid uniformity in their physical features. They are, on the contrary, identified mainly by their style of hunting, rather than their looks. Feists usually tend to chase their target, unlike terriers, who mostly aim to kill.

Feists are pretty quiet until they spot a squirrel―but it’s really hard to contain them once they have. They make use of their sense of hearing, sight, and smell to spot squirrels, following which they bark uproariously, chasing the rodent until they lose sight of it. They don’t let anything discourage them during a chase, easily executing jumps and maneuvers in the process.

Now, remember that no two dogs can behave alike, and for every Feist who is an expert hunter, there will be others who will be quite sedate. Nevertheless, it is always advisable to keep them leashed while taking them for a walk, as there’s no telling when the urge to chase may strike them.

Despite their rural origins, Feists love to snuggle up with their human family and spend a quiet day at home. That said, they’re also energetic and enthusiastic, but are nowhere as noisy, as say, a Jack Russell terrier.

They come with a gentle disposition, and can do well with older children. They are loving and affectionate, and obviously expect the same from humans. Their intelligence is an asset, which makes them quick to learn basic commands. To that, add their eager-to-please nature, and you get a very receptive and adaptable dog.

There will be times when their terrier instincts will take over, especially when they encounter strangers. This quality makes Feists excellent watchdogs who are alert in fending off intruders.

Feists love the outdoors, they love long walks, they love to run, and they love to chase. Exercise is extremely important to them, as it acts like an outlet for the oodles of energy they possess. If you’re a city dweller who obviously won’t keep a Feist for its hunting abilities, do make sure that you schedule long walks on a daily basis. Any dog, irrespective of the breed, will get cranky if he cannot find physical and mental stimulation, and may resort to destructive behavior.

How to care for them

Feists pose little to no trouble on the health front. They are blessed with a generally good disposition, which, with the right exercise routine and diet can be maintained throughout their lifespan. These dogs have an average life expectancy of 10 to 13 years. Training Feists is a pleasurable activity, owing to their high level of intelligence, making it fun for the pet and the owner alike.

The breed is known to have originated in North America hundreds of years ago, probably from crosses between English terriers and American Indian dogs. These dogs are highly valued for their excellent tracking and hunting skills, as well as for their calm, yet alert temperament. The breed is not recommended for first-time owners, as their energy and enthusiasm can be a little hard to handle. However, if you wish to bring a Feist home, regardless, try to learn everything you can about their needs from reputable breeders and trainers.