Facts About Iguanas: Too Captivating to Ignore

Iguanas are close relatives of lizards and one of the most popular reptile pets. This article will provide information on iguana facts and its lifestyle. 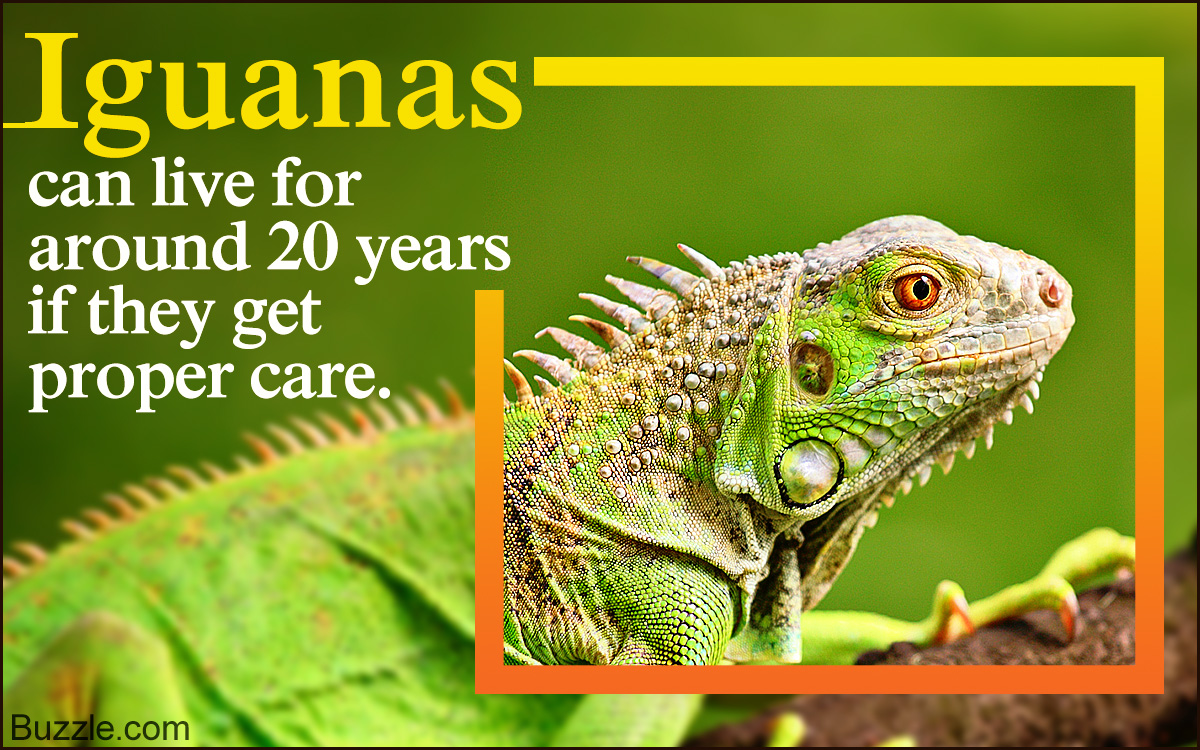 Iguanas are close relatives of lizards and one of the most popular reptile pets. This article will provide information on iguana facts and its lifestyle.

Iguanas are herbivorous lizards from the reptile family, predominantly found in the forests of Mexico, Central America, Caribbean Islands and southern Brazil. These diurnal lizards are 5 – 7 feet long and weigh about 11 – 18 pounds. The habitat includes thick canopies near lakes and mangrove swamps where food availability is sufficient.

They are excellent swimmers and usually feed on fruits, flowers and leaves and at times on insects. Iguanas are arboreal lizards and the only time they come on the ground is during mating season. They follow an activity cycle which involves more resting and less foraging and feeding activity. These lizards are well-known for their impressive defense mechanism. Due to their greenish-gray leathery scales, they are often referred as green iguana.

Green iguanas are also called bamboo chickens. An adult is approximately 7 feet long and weighs about 18 pounds. It has sharp claws that help to climb trees and its back has spines running from the head to the tail tip. This reptile also has a dewlap beneath the chin. The teeth structure is sharp and serrated to chew food properly. Juveniles are brightly colored and it is difficult to determine their gender until they attain their sexual maturity. This becomes evident with the appearance of a rusty red color on their scaly skin. An iguana usually takes about 18 months to mature completely.

An adult male is larger than its female counterpart and is more aggressive in nature. The stronger males dominate the weaker ones and demarcate their territories indicating their superiority. This is also a reason why these lizards are considered social animals.

Mating season starts from November and continues till March, depending on the region. During this time the femoral pore secretion is more in males than in females. Usually this secretion is a sign to attract the opposite sex or demarcate territories. Before mating the females choose males that are more aggressive and start building their nests on sandy grounds after a gestation period of two months. The babies hatch approximately two months before the onset of rains.

Green iguanas live as long as 20 years with proper care and attention. In zoos, they are fed with salads containing lettuce, carrots and potatoes. They have been listed endangered species on CITES Appendix II due to the continuing depletion of rain forests and wildlife.

Desert iguanas are mostly found in the arid regions of Utah, Nevada, Arizona, south eastern California and Mexico. Unlike their green counterparts, they are reddish-brown in color and have a round body structure with a long tail. They usually seek shelter in creeks of rocks and creosote bushes whose flowers happen to be a source of food for them. They hibernate until March and their breeding season starts in late April-May. The eggs hatch in late August. Desert iguanas get a pinkish tinge on their bellies during the mating season. They are believed to sustain a temperature as high as 115 ºC.

Marine iguanas unlike the above ones are different. They are found in the Galapagos islands of South America. These lizards are usually black in color and are equipped with special salt glands to shed off the extra salt content from the food they eat. They thrive on marine foods like algae and sea weeds. These lizards find a mention in the discoveries made by Charles Darwin, who was the first to observe that iguanas are cold blooded marine reptiles.

Therefore they cannot stay in water for long, and so after collecting food, they bask in the shores to sustain normal body temperature. These reptiles are also listed under CITES Appendix II and are strictly protected under the laws of Ecuador. Marine iguanas are often referred to as Galapagos Marine Iguanas.

Green iguanas make good pets. Due to their fascinating colors and quick reflexes, children are most likely to get attracted to them. But before raising them as pets, there are a few tips mentioned below, concerning reptile care.

These lizards are some of the most exotic pets. Their eggs are sold as delicacies in some parts of America. Even during crocodile hunting expeditions, iguanas are often used as baits to catch crocodiles. 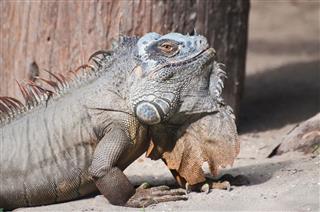 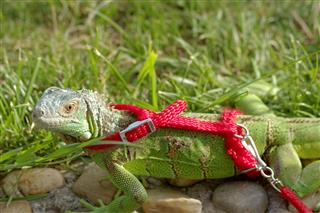 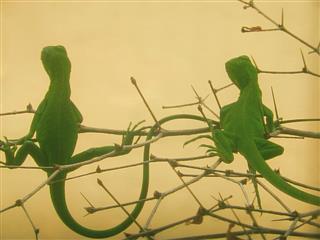