Betta fish or Siamese fighting fish are the most popular tropical aquarium fish. They are low-maintenance and can be bred in your tank. This article provides the steps to breed betta fish. 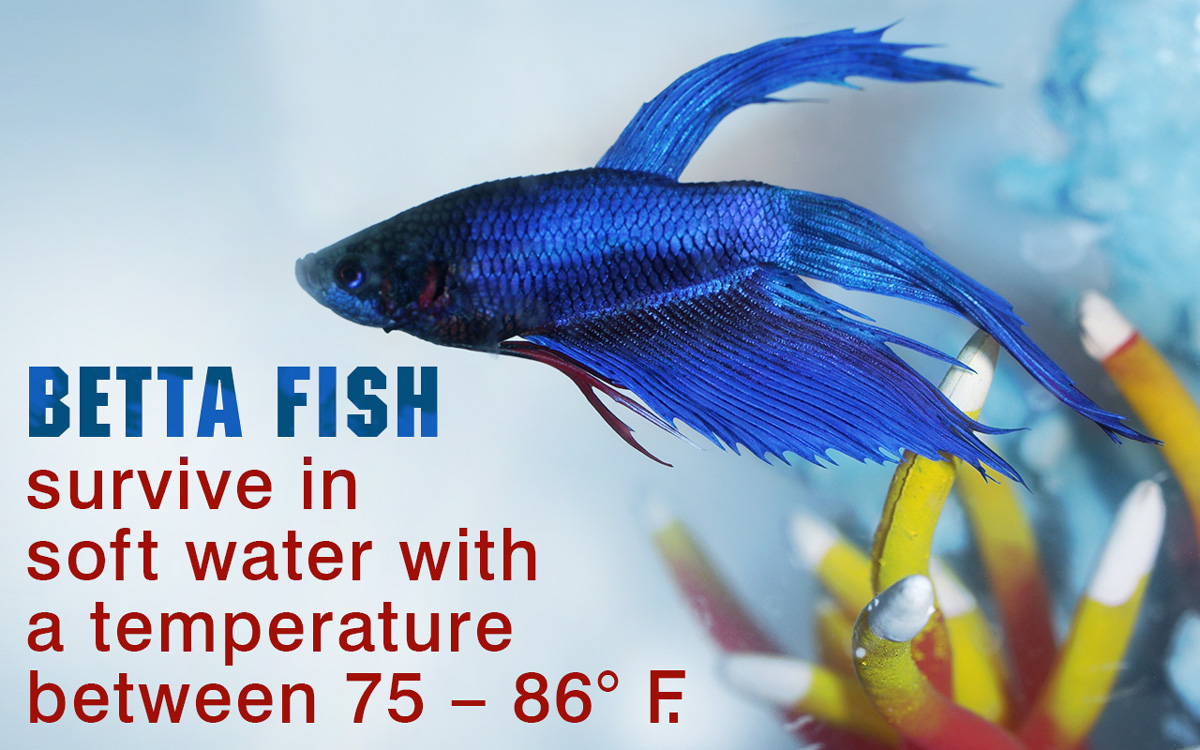 Betta fish or Siamese fighting fish are the most popular tropical aquarium fish. They are low-maintenance and can be bred in your tank. This article provides the steps to breed betta fish.

Betta fish are aggressive in nature. Two males cannot be kept in one tank without a partition. The males fight each other till only one survives. To avoid continuous attacks on the weaker fish, it is best to house one male with two or three females. You can clearly distinguish between the males and females because of their physical appearance. The males have brilliant colorations and long flowing fins; on the other hand, females are not as brightly-colored and have shorter fins.

These fish have a lifespan of 2 – 3 years. They survive in soft water with a temperature between 75 – 86°F. They require a pH level that is between neutral to slightly-acidic.

Although called fighter fish, bettas usually fight amongst their own species. They are quite harmless, docile, and peaceful when kept with others. They lack the aggressiveness and are slow as compared to other aggressive species. When introducing this aquatic creature in a community tank, one should keep in mind that there should not be any aggressive or fin-nipping fish in the tank. Aggressive ones like Cichlids, Tetras, and Gouramis should be avoided. Male bettas often confuse aquarium fish like swordtails (has a lot of red or blue coloring), guppies (long flowing fins), angelfish, or mollies with those of their own kind, and kill them. Goldfish, danios, and barbs like to nip the fins of others, and may nip the fins of a betta, causing infection and injury. You should avoid keeping Betta imbellis, also known as peaceful betta, with Betta splendens, as the latter could attack them. You can keep them in large tanks with a lot of spaces to hide. You can hang plastic containers from the top for the betta fish to avoid confrontation or nipping by others in the aquarium.

Breeding betta fish is very easy. However, there are a number of factors that should be understood well before starting this endeavor. You need time, knowledge, patience, proper resources, and total commitment to mate bettas. You should learn everything about the care that should be taken, and also the mating methods. Be well aware of their genetics and behavior. Also consider the reason you want to breed these fish. Bettas lay 600 eggs in a single spawn. Thus, you may end up taking care of at least 500 fish. If you want to supply them to a local pet store, then it may be a good business venture. Breeding is a serious undertaking that may require an investment of both your time and finances. It is not a profitable venture initially and may take time to give you the desired returns. If you have made up your mind to copulate betta fish as a hobby or business venture, then here are a few instructions related to their mating.

Selection: You should buy a pair of Siamese fighting fish that are not more than 14 months old. They should be nearly of the same size, with vibrant colors, and without any injuries or missing scales. They must have smooth gills without any visible swelling. Both should have clear dark eyes, and there should be no tearing of fins, nor should they have any holes. You should locate a reputable breeder online or in your area to purchase the mating pair. It is very important to have information about their genetic traits. Most of the fish in pet stores have unknown genetic backgrounds and you may end up breeding sickly fry.

Various Types: There are 10 groups of betta species with 42 types of individual fish. They have different methods of copulating. The ‘Bubblenesters’ that include spendens, bellica, and coccina make a nest of bubbles to support the eggs. Then there is the ‘Mouthbrooders’ like the forrest betta or the green-throat mouthbrooder. The males of these species carry the eggs in their throat.

Setting Up the Tank: You will require a breeding tank of about 5 – 10 gallons. It should have a removable divider, hiding places, and a heater set to 80ºF. Do not add gravel or sand in the tank as the eggs may get lost when they fall to the bottom.

Introducing the Fish to Each Other: Keep the fish in opposite sides of the tank to get them accustomed to each other. When they do not show aggressiveness and do not try to attack through the divider, it means that they are interested in each other.

Observe behavior: If the bettas are interested in each other, then the male will swim around the tank displaying his fins, flaring, and showing off to the female. The female displays vertical bars on her body and submissively holds her head down. Slight aggressiveness is fine, but if they try to attack each other, separate them and try again later, or else, try another pair.

Breeding Time: The male builds a bubble nest when he is ready to mate. The female shows typical submissive behavior and a bloated belly, meaning she is ready for egg production. Release the female into the male’s territory or remove the barrier. Keep an eye on them when they are together. The male may bully the female and nip at her fins or chase her around. It is fine as long as the female’s life is not in danger. The hiding place provided will help the female escape the bullying male for some time. When she is under the bubble nest, they embrace each other. This act helps in squeezing the eggs out of the female’s ovipositor. The male swims down and scoops up the fallen eggs, and puts them one by one into his nest. During this time, the female becomes zombie-like as the eggs fall down from her ovipositor. They embrace many more times and finally she stops releasing eggs. When the female comes out of her zombie-like state, she may help the male in carrying the eggs to the nest. Be very vigilant as she may eat the eggs. Remove and place her on the other side of the tank. Treat the tank with Maroxy as it is very helpful in healing her injured fins and preventing fungus from killing the eggs.

Removing the Fish: After about three days, you will observe the fry swimming out of the bubble nest. Take out the male and female from the tank and place them separately, with a divider or barrier.

Feeding the Fry: Feed the fry with live microworms twice a day. If live microworms are still present in the tank till the next feeding time, skip giving more food. When the fry is about a week old, you may feed them some baby brine shrimp.

Best Growing Conditions: The fry require a temperature of about 80°F for growth. Gradually increase the amount of their feed. When they outgrow the tank space, place them in a larger fish tank. Many of them do not survive the first few weeks, so you should check the temperature, chemical levels, and water condition.

Care for Growing the Fry: When they are about a month old, slowly wean them off the live food. Feed them frozen dried flakes or pellets. When they are about 5 – 8 weeks, separate the males to avoid them from injuring one another. Place the transparent cups or tanks near each other as they may not be used to living alone. Males may not eat for a day or two, thus stimulate their appetite by giving them live food. Isolate the males with opaque dividers as they may wear themselves out trying to attack the other male in the adjacent tank.

Future of Your Fry: The adult traits are visible within 10 – 11 weeks. You may start selling your fry after this period. If you want to continue mating betta fish, then select them from each spawn. The others can be sold or given away.

If you own a pond, you can release the adult bettas in it or you can give them as gifts. You can sell them to the local pet store. Do not breed betta fish if you are not sure that you can sell or give away all the 500 fry produced by a single pair. Weigh all the pros and cons before taking up this activity. 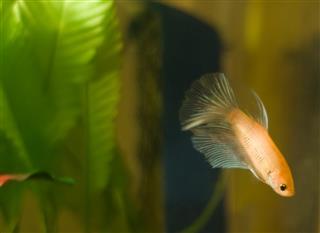 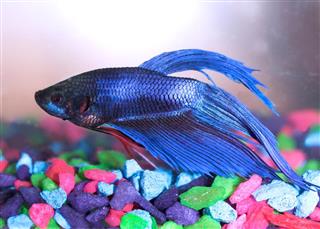